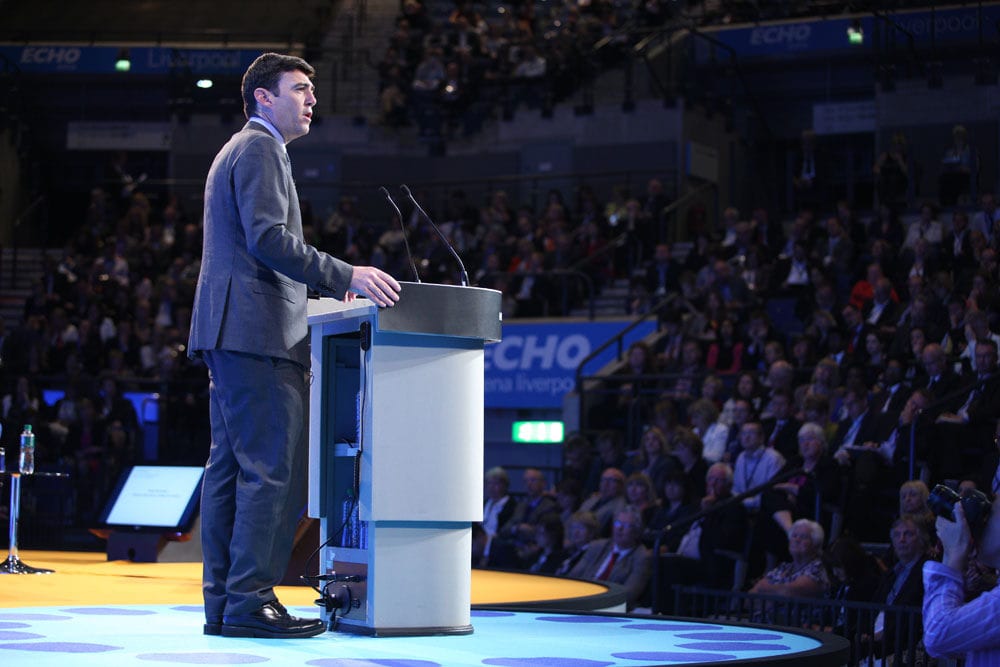 Mayor of Greater Manchester Andy Burnham has argued that “those who left Britain to support ISIS should not be allowed back ‘automatically’.”

The Mayor’s intervention comes after 19-year-old IS bride Shamima Begum’s request to return to the UK after leaving at the age of 15 to join the terrorist group in Syria, having been radicalised.

During a recent interview with the BBC, Begum described the Manchester Arena bombing and Syria airstrikes as a “two-way thing”, because both instances unjustly left women and children dead, which was a “fair justification as it was in retaliation.”

Pleading to be repatriated from a detention camp in Syria after giving birth to a child, Begum wants to come back to the UK to raise her new-born under the NHS. While the Foreign Office has refused to officially assist her in leaving the al-Hawl camp in Syria, it remains uncertain if any legal implications could prevent her from re-entering the UK as she is, by law, a British citizen.

Following these reports, US president Donald Trump has made a call to European countries to take back around 800 ISIS fighters, including many from Manchester, who have fled the terror group, to put them on trial for their actions.

Andy Burnham, speaking in response to Trump’s claims, said on Sky News: “You won’t be surprised to hear that I don’t agree with Donald Trump.

“If somebody leaves this country and joins a group that is actively plotting to harm and kill people in this country, it surely can’t be right that those people walk straight back in when it’s convenient.

Burnham added: “I think the clear majority of people here in Greater Manchester will think ‘no, if you’ve left this country, and you’ve walked away and joined a group plotting to harm us, then don’t come back.’ The lack of remorse [for the Arena attack] I found really shocking and I’m sure others will too.”

Second-year University of Manchester student Romana, who identifies as a Muslim, said: “Although Shamima Begum at 15 may have made a mistake, at 19 showing no remorse for anything she’s seen or may have done is unacceptable. I’m not sure she deserves to be taken back in or if she is she may get incarcerated.”

Speaking to The Mancunion, second-year University of Manchester student Rebecca M. stated that although she thought Begum’s child should be taken in by the state with zero discrimination, it may also be useful for the child to be stripped of their identity to prevent him being a target of bigotry for his parentage.

Rebecca added: “There’s the added potential that, while she may want help for the child, it may also be a ruse to get in the country and cause masses of damage. These are things that need to be considered. The UK also just doesn’t fly in to rescue people from Syria, not least people who’ve been part of terrorist organisations.”

A study at King’s College London last year found that up to 41,490 international citizens from around 80 countries are thought to have joined ISIS in Iraq and Syria between April 2013 and June 2018. Although around three quarters of those joining were found to be men, 13% were women and children. A shocking 730 children are thought to have been born in Iraq or Syria to foreign mothers affiliated to ISIS.

Home Secretary Sajid Javid and Manchester Mayor Andy Burnham have declared that they will not hesitate to prevent the return of any British citizens who travelled to join ISIS. However, Justice Secretary David Gauke has told Sky News that Shamima cannot be left ‘stateless’.