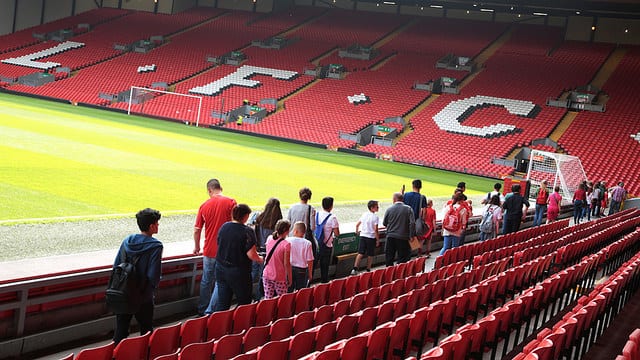 Liverpool secured a 0-0 draw against Bayern Munich in the latest leg of the Champions League, with Liverpool manager, Jurgen Klopp acknowledging the result as “not perfect, but good enough to work with” for the second leg.

With Virgil Van Dijik suspended, and Dejan Lovren injured, their defence saw Fabinho take the role of centre back, creating concern for their clean sheet. Bayern also suffered a blow to their usual line-up, with Jerome Boateng coming under the weather, and Leon Goretzka out due to an ankle injury.

The first half of the game saw Jordan Henderson make an early chance for Mo Salah, running between Niklas Sule and Joshua Kimmich, but due to his poor touch he could not slot the ball past the Bayern goalkeeper. Almost a minute later, at the other end, Alisson luckily ricocheted the ball as Joel Matip’s one-touch blunder sent Serge Gnabry’s cross straight into the path of the Liverpool goalkeeper.

The second half saw the pace slow down, with fewer chances for both sides and those that were made, to be less assuring. Gnabry made his first attempt on target at the 60-minute mark, although his efforts came out short. Klopp, acknowledging the slow pace, switched it up by introducing James Milner and Divock Origi, whilst keeping Daniel Sturridge and Xherdan Shaquiri on the bench, but it was Sadio Mane who made all finishing attempts at securing the three points against Bayern.

Talking about the match, Klopp said: “It will be a tough one to play at Bayern. If we had won 1-0 here, what would have changed really? A 0-0 would have been enough, but that’s pretty much all that changes. If we draw 1-1, that’s now enough as well. So, it was not perfect but it good enough to work with.

“In the first half we created, but in the second half nobody created.

“Our problems were the quality of the opponent and the fact that the last pass was not our friend. We had 10 or 12 situations where everything was on a plate and then we played a very average last pass and gave the ball away.

As Klopp termed the game like ‘the Hornberger Schießen’, a German idiom used to describe an anti-climax, it can be applauded that a clean sheet was kept without the presence of Van Dijik holding the back four up.

At the end of the first half, Liverpool fans took time out at the end of the game to commend the Bayern fans for their banner which read, “”Away ticket LFC 48£ FCB 55€. Th€ gr€€d knows no £imits! Twenty is plenty.” This follows after Liverpool fans recently boycotting several matches due to tremendously high prices, which many have said they cannot afford.

Liverpool’s next fixture is Manchester United, on February 24th, with claims already being made that Lovren will not be playing in Klopp’s starting line-up. The game could be the decider in Liverpool’s latest campaign to win the Premier League, although with the return of Van Dijik, he will have to make the rash decision on whether to start Matip or Fabiniho at Old Trafford. Their second leg against Bayern Munich is on March 13th.