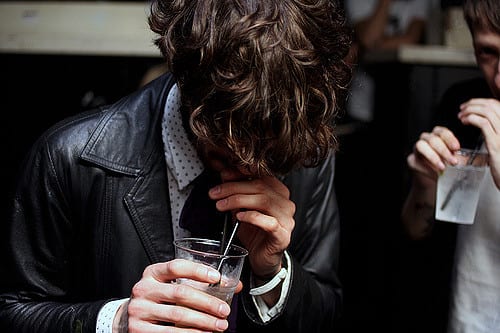 A potentially life-saving drug used in the treatment of alcohol addiction is being vastly under-prescribed due to unjustified GP fears, new research has found.

The study, conducted by the University of Manchester, found that the use of Naltrexone to treat a range of impulse control disorders produced no increased risk of serious adverse effects when compared to patients who were prescribed a placebo.

Despite evidence supporting the overwhelming safety of consuming Naltrexone, only a minuscule 0.5% of patients eligible for treatment were prescribed the drug by GPs. This comes despite an estimated 600,000 Britons identifying as having a drinking dependency.

Naltrexone is known as an opioid antagonist, a class of drugs which binds to opiate receptors in the brain without activating them. This effectively blocks the mechanism by which numerous painkilling opiate drugs work, such as morphine.

By blocking these receptors, the drug inhibits the release of the neurotransmitter dopamine, colloquially known as the ‘pleasure chemical.’ Under normal circumstances, dependent drinkers would experience a flood of the neurotransmitter in an area of the brain known as the ‘ventral tegmental.’ This causes users to experience feelings of happiness and joy after reaching for a bottle and encourages future drinking. Now, those taking Naltrexone see a marked reduction in the reward and pleasure aspect of drinking.

The reluctance shown by medical professionals in writing prescriptions for the drug is not without reason. During the 1980s, a number of clinical trials were conducted investigating the effects of Naltrexone on patients receiving high dosage treatments of the drug. It was found that severe liver toxicity was induced in a significant number of recipients, leading the US Food and Drug Administration (FDA) to require the drug be distributed in a box clearly stating the potential dangers of its use.

Whilst more than three decades have passed since the drug was deemed unsafe, a total of zero cases of hepatic failure have occurred due to Naltrexone usage. The FDA have since removed the warning from the drug’s packaging. However, the longstanding  stigma is still prevalent. Worries stem from the usage patterns that potential patients would exhibit if they were prescribed the drug. Alcohol addiction has no overnight cure – patients would instead need to take the drug at least daily over a period of months.

A more widespread stigma surrounding substance abuse treatment is the concept of medication-assisted treatment. Whilst it may seem counterintuitive to treat one drug problem with the administration of another, the research is clear– it works. In 2012, the Hazelden Betty Ford Foundation (HBFF), one of the USA’s top addiction treatment providers, announced that they were to move away from the 12-step abstinence model popularised during the last century. Instead, they were to treat patients with medication that would ease them off their drug of choice in a more natural manner.

The decision by the HBFF to utilise this treatment method may seem trivial. After all, it’s merely employing a scientifically proven process, as opposed to continuing with an antiquated model. However, it demonstrates a wider cultural shift in the manner that drug dependencies are both viewed and treated. With an increasingly strained national health service and depleting resources with which to treat patients, ignoring potentially life-saving medication such as Naltrexone should be of great concern to doctors and patients alike.