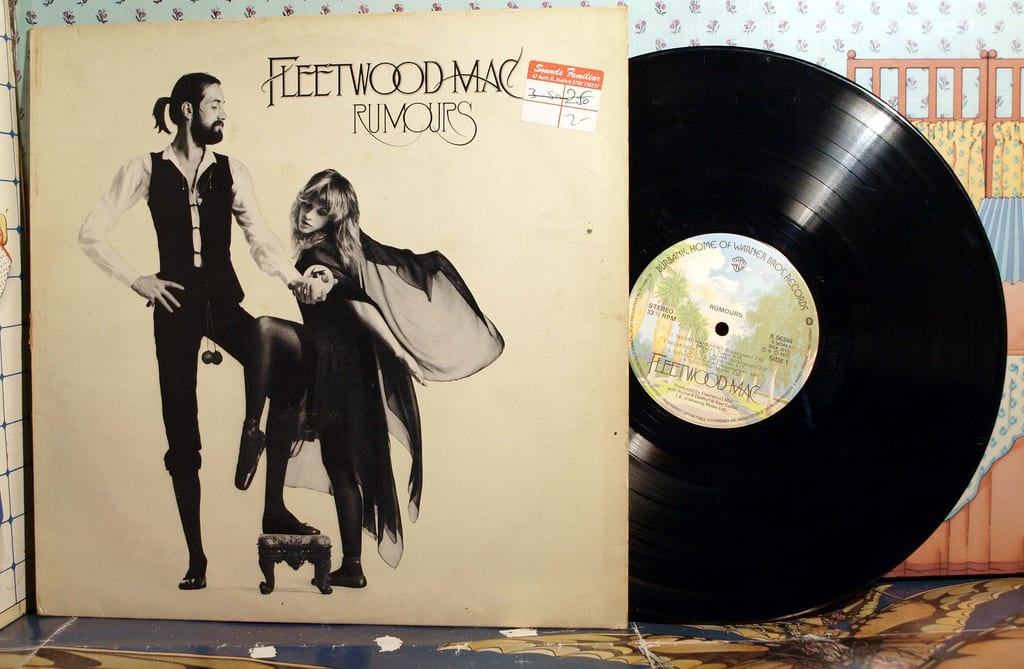 Whether it’s The Beatles with their three-solo-records-in-one White Album, or Pink Floyd’s famously fraught The Final Cut, there is a certainly a case for musicians doing their best work whilst under extreme pressure. However, the circumstances behind these albums pale in comparison to the immense turmoil that unfolded behind the scenes of Fleetwood Mac’s 1977 record Rumours.

Following the success of their eponymous 10th studio album, which notably featured a departure from their blues roots in favour of a soft-rock sound and the acquisition of the US folk duo of Stevie Nicks and Lindsey Buckingham, Fleetwood Mac faced the unenviable task of continuing their momentum. Along with the existing difficulties of following up a critically acclaimed album, the band faced the divorce of bassist John McVie and keyboardist Christine McVie, and the breakdown of Buckingham and Nicks’ long-term relationship. This, coupled with the band’s excessive and well-documented cocaine usage, led to a range of issues during the album’s recording.

The band’s internal strife is reflected heavily in the album with the full complement of band members only sharing joint song-writing credit for one song, ‘The Chain’. This is ironic when considering the song’s message about staying together against all odds, but also demonstrates their remarkable resilience and commitment. The highlight of the album’s lyrical content can be found in the stark dichotomy of Buckingham’s and Nicks’ views on their break-up. Whereas Nicks favoured a positive outlook in ‘Dreams’, Buckingham took a more negative approach in ‘Go Your Own Way’, and even included the infamous barb directed at Nicks: “Packing up, shacking up’s all you wanna do”.

The most genuinely affecting song, however, belongs to Christine McVie with her self-penned stripped back piano ballad ‘Songbird’. The track focuses on the self-sacrifice required in love and the need to finally let go in order to move on, which creates a truly heart-breaking, but ultimately encouraging, message.

Sonically, the album builds on the soft-rock sound of its predecessor, but also contains some interesting flairs throughout the course of the record. The album’s opening cut, ‘Second Hand News’, is a unique blend of Celtic-rock with a Bee Gees-inspired groove that produces a strikingly distinctive sound. In addition, the country-folk sound of ‘Never Going Back Again’ invokes memories of Buckingham and Nicks’ pre-Fleetwood Mac days, and provides an unusual degree of nostalgia for a song about moving on. However, the album’s true magnum opus is the ethereal ‘Dreams’, which can certainly stake a claim as the greatest break-up song of all-time. The track bleeds raw emotion, and the combination of Mick Fleetwood’s understated drums and Buckingham’s finessed backing guitar provides the perfect backdrop for Nicks’ graceful vocal performance.

Overall in Rumours, Fleetwood Mac managed to do something very few bands could emulate. The sheer tenacity from the band and their ability to create a seminal album during this period is truly inspiring. Ultimately, at a time when the music industry seems fickler than ever, we could all do with learning a lesson or two from the ‘Mac’.