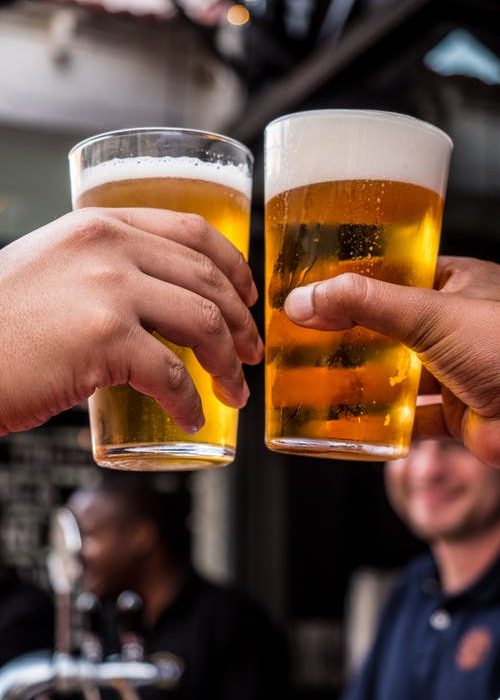 Opinion: time to give initiations the boot

Society initiations may, to some, seem to have more of an American vibe to them. We’ve all seen the films about crazy frat and sorority parties where new students are kidnapped, tied up, and covered in some kind of disgusting excrement while being forced to drink extreme amounts of alcohol. However, these kinds of events can be commonly found on our own shores, as anyone who’s ever tried to join a sports society before will know.  Initiations are banned by most SUs around the UK but it’s no secret that they still take place, with sports societies being the worst perpetrators amongst the groups.

The ‘welcome drinks’ cover-up is a common one used by societies around freshers time to disguise what is actually going on, making initiations very difficult to crack down on.  SUs trying to tackle the issue have a real challenge on their hands, as there’s no real way of distinguishing a team-endorsed initiation event from a group of friends who know each other from rugby on a night out that’s become way out of hand, provided nobody speaks up and the group chats are deleted.  Forcing people to do things they do not want to, pressuring, or coercing would all be considered bullying, which is forbidden at all universities by law.

Actually pinpointing this kind of behaviour is extremely difficult, leading universities to take a more education-based approach.  Some universities in the UK have special groups with students, uni leaders, SU members, and parents who work to discourage initiation processes.  Others have lectures or events specifically geared to educate students on the danger of extreme drinking around freshers time. These kinds of events were especially called for around two years ago, following the death of a student at the University of Leeds, who died during an initiation as a direct result of drinking too much in a short space of time.  The father of the student called for the expulsion of those older students involved in the initiation, and for universities to eradicate these kinds of events completely.

A quick Google search of initiations in the UK will show you that The University of Manchester has a particularly bad reputation for first-year hazing.  The men’s rugby team confirmed for The Tab rumours about freshers initiations involving urine, faeces, and vomit, and having chilli powder rubbed on genitals.  They said that a sheet would be brought to the event and laid on the floor. Anyone who needed to piss, shit, or throw up during the night had to do it on the sheet, which the freshers would than have to slide down at the end of the night.  The process also involves being force-fed one of the hottest chillies in the world, the Carolina Reaper. Another horror story to come from the club was students having to bob for a dead rat in a barrel of cider while others drink from the barrel.  Members all claim to know someone who’s needed their stomach pumped, or have had to visit the hospital themselves after an initiation event and say that drinking to blackout state or vomiting is basically obligatory.

Manchester has a no initiations policy like most other universities, and the recent addition of the “Inclusions Officer” as a compulsory member of any society committee by the SU is a welcome step forward.  The Inclusions Officer’s job comprises of increasing the amount of diversity and outreach for each society, helping to deal with any in-society conflicts, but predominantly is to help create a welcoming and inclusive atmosphere for every society. This includes stamping out harmful initiation processes.  The rugby team also have mentioned that they are aware of the stigma surrounding the sport and are working hard to make it open to all. But are the SU and the teams themselves doing enough to make people feel comfortable about joining sports societies?

One Manchester Fresher, when asked about what societies she would have liked to join during freshers fair, said that she did “not want to try out for any traditional sports societies for fear of being forced into an initiation process.” This idea that any traditional or well established sports society will probably have an initiation process is a common one among freshers and is an idea that is putting people off continuing their favourite sports at university level.  Many talented and able players choose to end their sports career at university as they do not want to be involved with the culture that comes along with varsity training, even though they may have played at a high level before coming to university. Others may choose to move to a more non-traditional sport, that doesn’t come with a hazing reputation. Sports societies are potentially putting off their best players with the culture surrounding initiations. But is it possible to stamp out the behaviour for good?