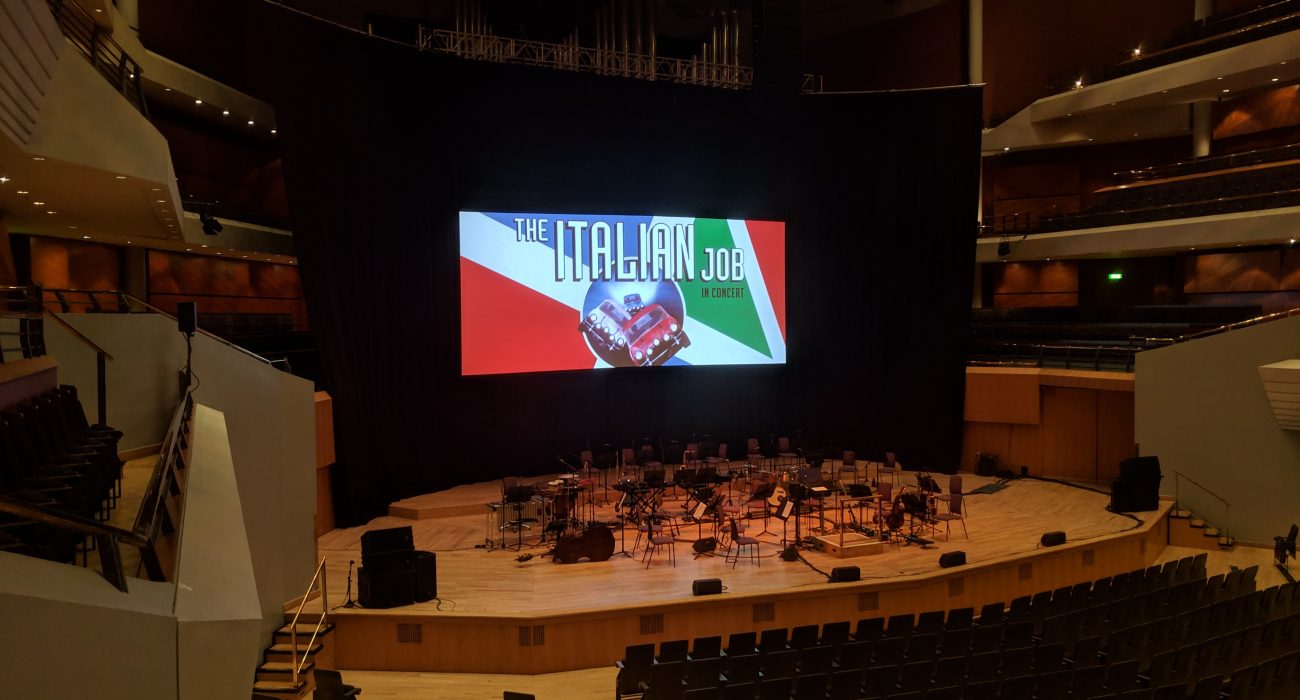 The Italian Job is a quintessential part of British film history and, above all, my favourite film of all time. Peter Collinson directed a charming, witty film that is considered iconic for many of its elements — the soundtrack composed by Quincy Jones being the most underrated element of them all.

Despite the wonderful soundtrack, the original master present on the film is far from being considered hi-fi; it’s washed out and lost to the mastering. Of course, the film was released in 1969. The mastering techniques of the era have not survived the test of time. Thankfully, this event addressed that issue and provided fans of the Self-preservation Society with the optimal audiovisual experience.

Due to the screen being placed far from the audience to allow the orchestra to take centre stage, I wouldn’t advise the experience for first-time viewers of the film — the event is clearly aimed at aficionados of the Mini Cooper heist flick.

The one-time event was held at the gorgeous Bridgewater Hall, which stands separated from its foundation by springs to ensure that the acoustics remain undisturbed by any tremor produced in the outside world. An unfortunate observation I made as the orchestra stepped onto the stage was that the venue was filled to half its capacity of 1,600 people. If I am to make an educated guess, I believe the high price of the tickets are to blame.

Having watched The Italian Job on countless occasions, at times I closed my eyes to let the music fill my ears as the film’s dialogue played in synchronicity with it. To my amusement, Michael Caine’s iconic delivery of the line “You’re only supposed to blow the bloody doors off!” was met with cheers and raucous applause from the audience of all ages — of course I joined in, how could I not!

Despite the relatively small audience, the experience was fantastic in every way. Seeing your favourite film on the big screen, AND with a live orchestra is just as brilliant as it sounds. I might have just found my new guilty pleasure.

Editor’s note: The venue capacity has been corrected to reflect the actual number of seats at the event.