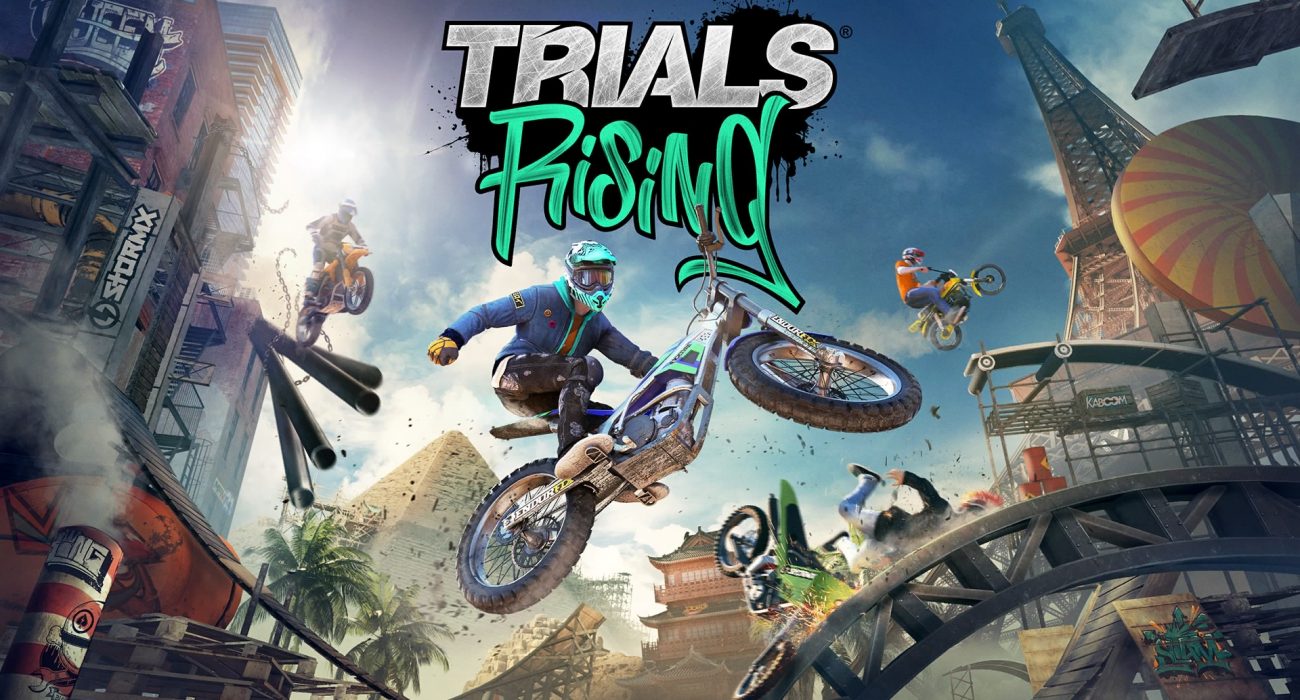 Ever since it was released as a browser game in 2000, Trials has always been a game of two parts. At its core is the central gameplay, the ongoing negotiation between thumb and tenuously balanced bike, and the imaginative obstacle tracks. And then there’s the rest, and there’s far too much of that in Trials Rising, a mechanically outstanding but bloated instalment in the Trials series.

The central conceit of Trials – the actual racing – remains as good as ever. The bike, which, as ever, balances as finely as a house of cards, is amazingly responsive and makes pushing your way through obstacles ludicrously fun. This is the crux of the game, and remains as strong as in Trials Fusion with a much-improved tutorial to help you master the finer details.

A nod, too, to the game’s overall slapstick humour. Banal as it might sound, watching your rider fall to his untimely death after each and every track is surprisingly satisfying, maintaining the light-hearted feel of Trials without sacrificing its rawness.

The game’s aesthetics also represent a major upgrade on last year’s bland, futuristic look. The move to the future was a promising one in Trials Fusion, but ultimately ended up being both blandly pedestrian and occasionally nauseating. This year’s instalment returns to its more rustic roots, presenting far grittier, rawer levels that play off the American obscure extreme sports culture whilst giving it a global twist by setting it all over the planet. 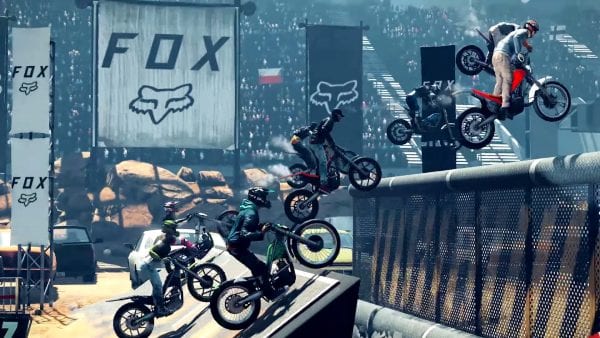 As aforementioned, however, this Trials game has an awful lot of blubber. Of particularly worthy mention are the loot-boxes, which present such a vast, uninteresting array of cosmetics as to be unwieldy. Ubisoft and Redlynx are admittedly generous with their distribution of these, but their inclusion still contribute to the superfluity of a series much better suited to being streamlined.

With all of these cosmetic options, a haphazardly presented world map, and somewhat counter-intuitive menu screens, Trials feels a little cluttered. Add to this the sometimes cringey dialogue and jokes dotted throughout the game, the shoe-horned ghost riders and the obnoxious soundtrack, it all feels a little like Trials Rising is clamouring for your attention in a slightly over the top way.

The thing is, Trials, you had our attention from the start. Once you strip away all of the game’s grandstanding and bravado (I did this through muting the vast majority of the game and turning off the ghost-riders), you have the deepest, most expansive, visually appealing and mechanically thorough Trials game yet.