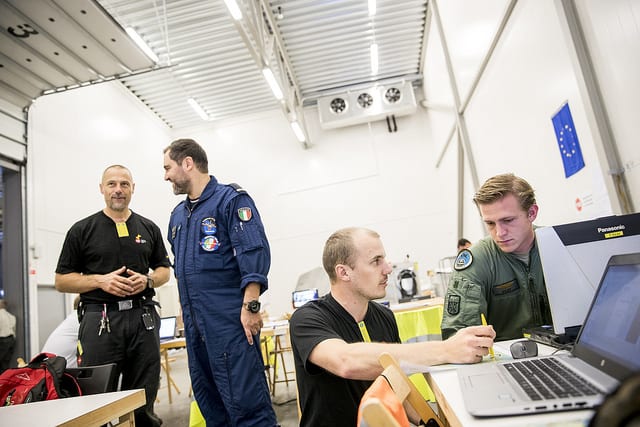 Research and science have always relied on thin surfaces on governmental goodwill. A slash to funding, or a reduction in access to resources and labour, could be devastating for years of innovation and an entire generation of aspiring young scientists. Brexit, as the majority of the UK’s academic community agrees, will likely cost the UK invaluable brain power, research funding, and global competitiveness.

Currently, the UK is a net beneficiary in science. The country disproportionately receives EU grants and structural funding, receiving a net income of £2.9 billion from 2007-2013. In 2013, researchers based in UK institutions received 1000 more grants than any other EU member state. Note that a lot of expensive research infrastructure also heavily relies on structural investment fund. The National Graphene Institute received £23 million in funding, and the Engineering and Physical Sciences Research Unit received £38 million. The University of Manchester, specifically, also has two major research programmes funded by the EU’s Horizon 2020 programme: the human brain supercomputer project and the development of graphene. If the UK exits the EU, it is no longer entitled to such funds, and its access to research grants is highly uncertain.

Unlike most developed countries, the UK actually lags behind in research intensity. In 2015, only 1.63% of the UK’s GDP was dedicated to research (compared to the EU average of 2.02%). Two-thirds of that funding was sourced from the country’s businesses. This is where things get even more dicey. Continued private R&D is highly subject to the UK’s continued competitiveness as a research destination, dependent on factors such as access to a talented labour pool and a dense web of universities, other businesses, and government institutions to create a thriving ecosystem for innovation. It is this concentrated network that made Manchester such an attractive location for private enterprise. Insecurity in Britain’s economic competitiveness has already caused a fall in business investment by 2.2%.

Whether medium-to-high technology industries continue to find cities like Manchester attractive when compared to other destinations is questionable, especially when the differing laws and regulations governing research may mean their products can never access the continental market without significant delay. The EU, after all, has strict policies that govern market access. Leaving the single market may mean that the UK has to renegotiate every treaty that concerns patent protection, product standards, and potential tariff barriers to high-tech trade. And it’s not like the UK can depend on its home-grown industries to carry it through the storm. Dyson, a British manufacturer, has already announced that it will relocate its headquarters to Singapore after Singapore concluded a free trade agreement with the EU.

Since the UK will have to comply to many of the EU regulations regarding research and trade anyway, the only comparative is that the UK loses a say in what those regulations are. This has profound implications on the future challenges that face sectors such as agriculture, environmental sustainability, data security, and pharmaceuticals.

Along with facilitating trans-national business investment and flexibility, the EU also helps facilitate cutting-edge blue skies research. Some of the most exciting research in the entire world is explicitly tied to EU-affiliated organisations such as Euratom’s ITER project. In 2017, Theresa May announced the UK’s intention to withdraw from the European Atomic Energy Community. This could mean that the country’s supply of nuclear materials may be jeopardised, along with its high participation in research.  Other independent research communities that are supported by the EU, such as CERN or the European Space Agency, may be similarly affected.

After all, international science collaboration relies on a dynamic exchange of information and talent. This has perhaps been the most highlighted impact of Brexit. EU academics make up 17% of university teaching and research posts in the UK. Though both the EU and the UK have reassured that EU nationals currently in the UK will be secure, it’s not clear whether Britain will continue to pull in the best brains in Europe to help power its faculties.

Experts say to negotiate from a position of strength. However, the overwhelming consensus seems to be that the UK’s strength relied on it being team player. The chips are not in Brexit’s favour. Toby James, a 3rd Year Physics student at the University, says, “The EU is the biscuit base to the cheesecake of European science. It is one of the world’s key facilitators of science by offering grants and crucially allowing freedom of movement, enabling scientists to work on projects across the continent, and Brexit will be (not might be) disastrous for science in the UK.”