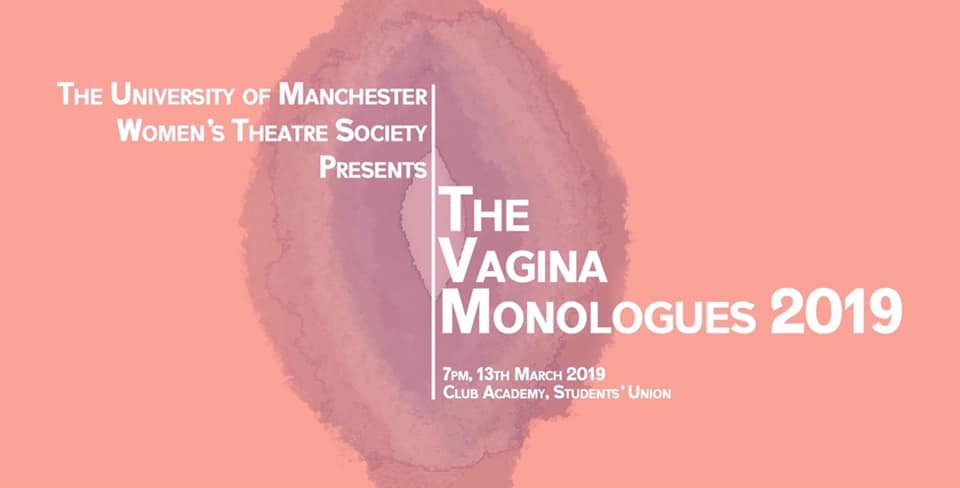 It was an absolute pleasure to return to The Vagina Monologues this year. Based on the play of the same name by Eve Ensler, The Women’s Theatre Society impressed yet again with a combination of Ensler’s original monologues and pieces written by the performers. Overall, I found the pieces written by the performers to be the most impressive and impactful.

Director Edda Vallen reminded the audience that the Ensler’s orginal play was criticised for a lack of representation, focussing on the experiences of (mainly) white women. The Women’s Theatre Society, however, are committed to representing a wide range of identifying women in their performances. This year’s Vagina Monologues was no exception.

The simple and powerful staging of The Vagina Monologues created the perfect atmosphere, with the performers all in black lining the back of the stage on chairs. This staging created a sense of solidarity amongst the performers, this solidarity was echoed by the audience with cries and whoops of support throughout. 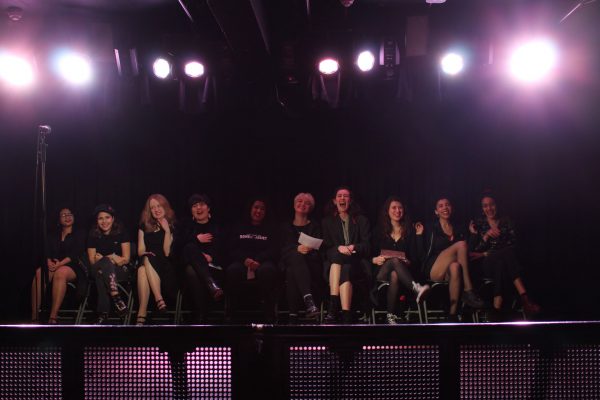 Juliette Lewis was a standout performer. Lewis had the audience giggling, as she listed the different words and phrases used to avoid saying the word ‘period’. This ranged from the classic ‘time of the month’ to the French slang: ‘les Anglais ont débarqué’ (‘The English have landed’). Lewis’ easy comedic style and relatable quips about wishing away periods, seamlessly became a personal anecdote of Lewis’ period stopping due to her health. Lewis’ monologue was positive when she recounted her period returning when her health improved. This performance was brave and encouraging, reminding us that periods are healthy and to be celebrated.

Lena Horak’s monologue recounting her sexual assault was unapologetic. It was incredible to watch her state: “my experience is not a tool” and “I don’t care”. This shed light on the use of sexual assault experiences to garner support (and perhaps sympathy) and a negative side to this which I had not considered. I really appreciated listening to Horak own the experience with graphic words, whilst also dismissing it and demoting it.

Elena Brearley was also an excellent performer. She told a story of hating her vagina until a sexual experience with an “average” man named Bob, who took such joy in looking at her, taught her to love her vagina too. This was performed so honestly and comically by Brearley, that I had to remind myself that she was performing Because He Liked to Look At It, one of Ensler’s orginal monologues. Brearley made this monologue her own and it was relatable to the point that I could believe it was her story.

The final standout for me was the duologue, written and performed by Lae Carbon-Wilson and Millie Loveday Inglis. This performance created a unique point of view about their experiences on tinder, in particular as mixed race women. The duologue was well written and effective, as the two took turns reciting racist and belittling messages they’d received (with a very enjoyable dance break to ‘Independent Women’). This performance was genuine and importantly, did not generalise all their tinder experiences as negative.

The Vagina Monologues 2019 was a wonderful balance of empowering, comedic and moving performances. Another year, another success.