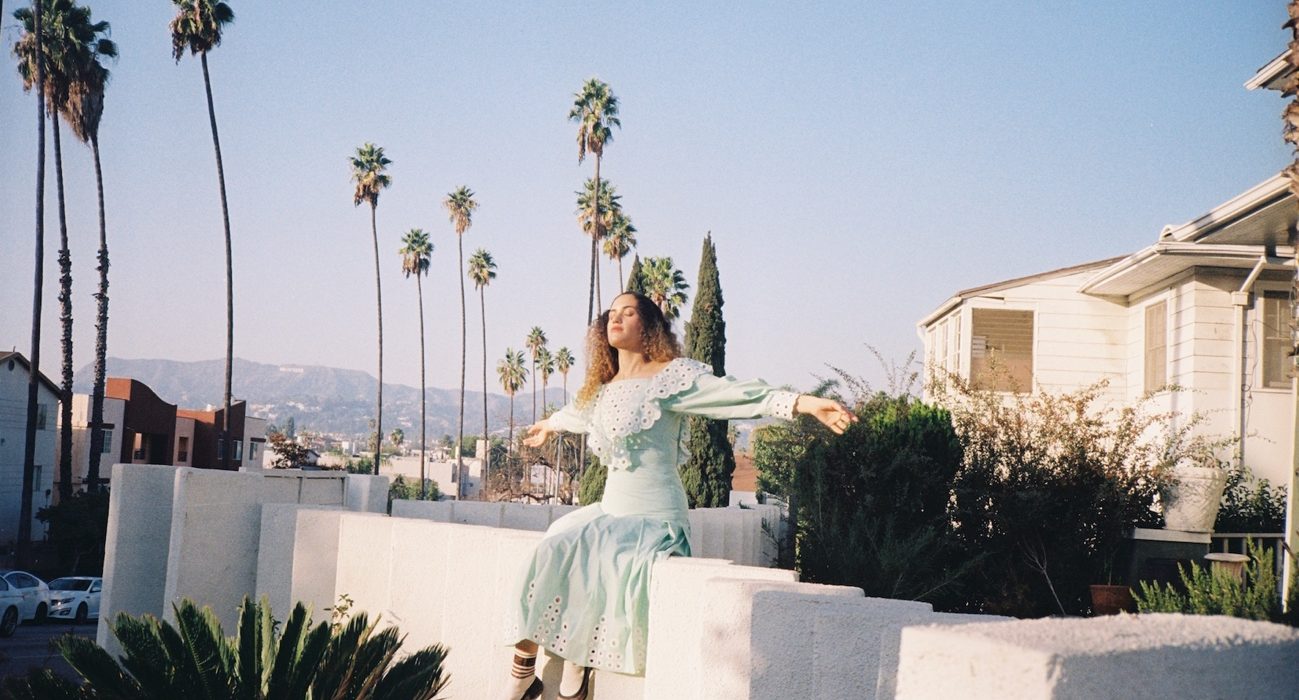 In Conversation with Empress Of

Following the release of her sophomore album Us last October, Empress Of (stage name of Lorely Rodriguez) is preparing to begin her European tour.

“I don’t know how these songs will translate live because I made them in the studio, isolated… I waited a while to tour, and I really liked that because I saw that the audience had their own experiences with the songs. They knew the lyrics, and I could tell that everyone had their own song that they wanted to hear. That was the really cool part of performing.”

Rodriguez is very in tune with social media, and I asked about the reception she’d seen from fans.

“I feel like as an artist I make things pretty selfishly and anecdotally, and I feel really grateful that other people share the same sentiment and connect to it. Songs like ‘Woman is a Word’; that’s a really big one that’s impacted a lot of people. I’ve met people who have just discovered that song, men and women, and people are changing [the lyrics] like “I’m only a man if man is a word”, and I love that because, like, I want you to make these songs your own you know, it inspires me to keep making honest work and genuine songs.”

Rodriguez has had many notable collaborations in the last few years, such as MØ, Khalid, Tommy Genesis, and Dirty Projectors last year alone. The most prominent, however, is with Dev Hynes (Blood Orange).

“I didn’t wanna write just about an ex-boyfriend,” she laughs. “There’s more to me than that, and the people who support me are a huge part of my life. Writing a love song about friendship, and my experience in New York with Dev, that was really important to me – and when I wrote the other parts of the songs, I was like – Dev I wrote this song about you, you need to sing on it! You need to get right on it!”

Since her time in New York, Rodriguez has moved back to L.A. where she wrote most of Us.

“Each city is amazing in its own way, but it’s definitely different energy. There’s a lot more space here, and it’s a lot less stressful than living in New York is, because New York is punk you know? It’s this aggressive energy. L.A., for all the obvious reasons, is different, but it’s different for me because my family lives very close, so that’s my support net. And being so close to all the things I grew up around, all the food I grew up around the music… I think that has influenced me in a really special way.”

Rodriguez also highlighted the importance of tempo to the overall composition of her albums.

“Some things I do unintentionally, but it’s like my brain knows that I’m gonna have to perform these songs… When I performed, it became obvious to me that I was thinking about this when I was making the music. I wanted some songs around 100 [bpm], which is a totally different way to move your body than if you write songs at 120 [bpm]. You’ll see in my live set I kind of weave all the songs into each other – doing songs at different tempos so that I am able to pace my interaction with the crowd differently is just important to me.”

Rodriguez is a first generation Honduran-American, and on many songs, as she sings in Spanish, notably on “Trust Me Baby” from Us.

“Writing in Spanish for me is like using a different part of my brain, rhythmically and lyrically, because of the nature of the language. There are a lot more syllables for what you want to say, and I think writing just has different rhythmic qualities when I’m writing melodies. I use it as an additional way of expressing myself. If I feel limited by just writing in English, I’m like ‘OK, how does this sound in Spanish?’”

Rodriguez had remarked previously how she’d grown up listening to The Zombies and The Pet Shop Boys at home, yet I was curious as to what recent acts had moved her creatively.

“Right now what I really love, is that there are a lot of young, inspiring, female artists breaking out – I really love Clairo, and I love Japanese Breakfast. She’s [Japanese Breakfast] like a really good friend of mine now, and I’m really inspired by her and her story.” Rodriguez continues, “I’m like How? How do you direct your own music videos, make an album, write a book, score a video game… I’m tired just saying this list, you know? I think it’s an exciting time for women in music, and it’s long overdue for women to get the spotlight that they are starting to get.”

As time is running out on our call, I try to be brief and ask perhaps the most cliched question: What’s next?

“I just wanna keep telling my story, cause I know that there are other people that have the same story, or are inspired by me and my story, because they see it in themselves.

“And wherever that takes me, I’m gonna go. I hope that I reach out to people. That’s very, very precious to me.”

Empress Of will be performing at Manchester’s YES on the 27th March.