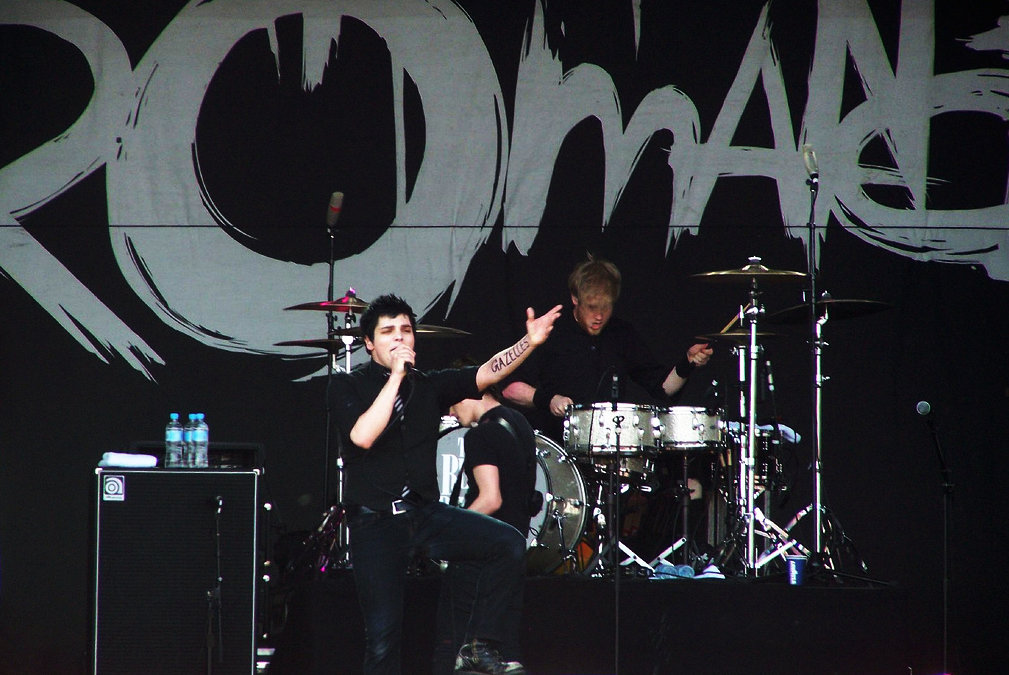 Welcome To Danger Days: My Chemical Romance 6 Years On

Perhaps looking back on My Chemical Romance such a strange number of years after their split is a strange choice; after all, 6 years doesn’t exactly mark any particular milestones. The band split in a single paragraph posted online on March 22nd 2013, with four studio albums and several other accolades under their belt, including, of all things, a guest appearance on the children’s show Yo Gabba Gabba. However, this year is that of the alternative history in which the concept of the album Danger Days: The True Lives Of The Fabulous Killjoys takes place. Furthermore, last month saw the release of the Netflix show The Umbrella Academy, based on the comic books series of the same name by MCR frontman Gerard Way and Gabriel Bá, and the former members are all continuing to release music with their own projects.

Formed after Gerard Way witnessed the events of 9/11, My Chemical Romance was never known for conforming. From on-stage displays of physical affection with one another in order to upset homophobes to warnings against piracy based on the threat of having one’s blood sucked by the band’s lead singer, the band made some choices which were bizarre but definitely stood out. Their debut album I Brought You My Bullets, You Brought Me Your Love was released in 2002, cementing them in the genre which they were seen to dislike, emo. The loud sound, strong attitude, and dark clothes added to the aesthetic, which arguably grew increasingly less bleak through the band’s tenure.

The albums themselves continued to have concepts which were consistently intriguing and complex. This is presumably a result of Gerard Way’s comic book writing; the final album (Danger Days) is a direct prequel to a comic book series by the artist, and The Black Parade, which is probably the band’s most well-known work, is focused on a dying cancer patient. Possibly the most intricate plot, which is in fact the least explicitly fleshed out, is that of Three Cheers For Sweet Revenge, focused around a dead man gathering 1,000 evil souls in order to be reunited with his love. The consistent conceptual nature of the albums is not unique, but is certainly executed more successfully than it is by many other bands.

The members have remained close despite going their separate ways, but continue to undertake their own projects, both solo and otherwise. Gerard Way has done solo work, but in general, has focused on his comic book writing. On March 20th of this year (2019), Frank Iero, MCR’s rhythm guitarist, released the lead single from his new album with his band, newly renamed as Frank Iero and the Future Violents. Former bassist of the band Mikey Way has worked on his joint project Electric Century as well as playing bass for those such as the band Waterparks and Andy Black, whilst lead guitarist Ray Toro has also undertaken his own projects, including his own solo album which was released in 2016 and working on music for The Umbrella Academy with Gerard Way.

Between them, the band’s former members have been involved in a wide variety of projects and genres, which further highlights the varieties shown within the My Chemical Romance albums. Despite their final album Danger Days edging more towards pop than any of their earlier works had, the unique tone which the band provided was retained whilst creating an appeal which created a new audience.

Despite its typical association with angsty teens, My Chemical Romance has a timeless appeal to those desperate for a voice reassuring them, albeit somewhat angrily, that they are not alone.