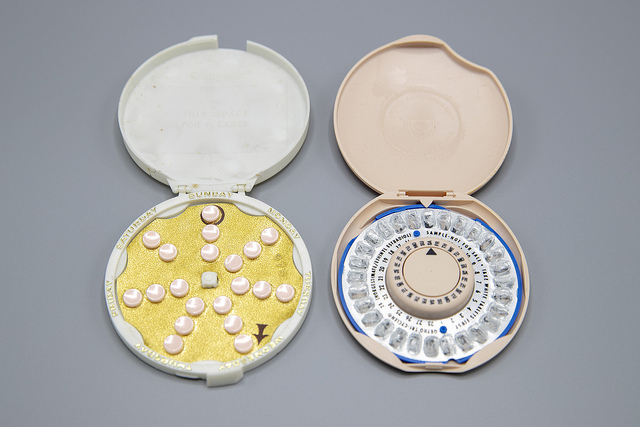 Male contraception: where are we now?

Hopes that the male contraceptive pill may become a reality have increased after a trial of a once-daily capsule has found no significant side-effects.

Researchers from the University of Washington presented their results at ENDO 19, the Endocrine Society’s meeting, on the 24th of March in New Orleans. The trial involved 40 men, 10 received a placebo pill and 30 took 11-beta-MNTDC capsules once-daily for 28 days. The main focus of the trial being to assess the safety of the drug.

Of the men involved in the trial, the study found that side effects, such as fatigue and headaches, were mild. Such side effects are also extremely common in the female contraceptive pill. Additionally, five men reported mildly decreased sex drive and two men reported mild erectile dysfunction. However, overall there was no recorded decrease in sexual activity and none of the men stopped taking the drug because of side effects.

Researchers now say the next step will be a longer trial that aims to confirm if the drug will decrease sperm production sufficiently to be considered an effective contraceptive. Despite the promise shown by this study, experts suggest that due to the nature of drug trials, a male contraceptive pill may not hit the market for another decade or so.

Yet, researchers believe there is a sufficient demand for a male contraceptive pill. Christina Wang, a co-senior investigator on the trial at LA BioMed, said, “When we asked men about hormonal compounds, about 50 per cent are willing to try this new method. And when you ask their partners, the percentage is even higher.”

Currently men who wish to have autonomy over their fertility have two options: condoms or a vasectomy. Both of these methods carry significant limitations. On the other hand, women have a much wider variety of options such as pills, injections, caps, intrauterine devices, implants, and spermicidal sponges. Thus, it is often the case that the contraceptive burden is carried by women.

Recently there has been a revival in efforts to increase contraceptive options for men. Since 2005, the National Institute of Health in the US has been working on a contraceptive gel.  By rubbing a teaspoon size amount on the shoulder once daily, the gel delivers progestin to shut down testosterone production in the testes in combination with testosterone to make sure the blood levels of the hormone do not decrease too much. If levels of the testosterone in the blood dip too low, it can cause men to lose the ability to have an erection or ejaculate. Hence, the focus of research is to find a suitable middle ground.

Since November 2018, a trial has begun recruiting couples to trial the gel as their only form of contraception with the aim being to recruit 420 couples from nine cities across the globe including Manchester and Edinburgh.

“Unlike, say, cancer patients who are willing to tolerate side effect because of the alternative, we’re treating healthy individuals so we can’t disrupt or do something that would be permanent or damaging,” said Diana Blithe the program director for contraception development at the NIH National Institute of Child Health and Human Development.

Research is also being carried out into non-hormonal approaches to male contraception. A Virginia-based startup called Contraline is looking into reversible vasectomies that involve injecting a gel into the tube that transports sperm away from the testes. A team at the University of Dundee is researching chemicals that impact male fertility and has just received a £700,000 grant from the Bill and Melinda Gates Foundation.

Although research still remains very much in its infancy, the quest to close the contraceptive gap is gaining traction. With estimates that 40 per cent of all pregnancies are unplanned, researchers believe that increasing the options for men to control their reproductive lives is a win-win situation.