Drag Queen Jinkx Monsoon has a reputation that precedes them. A weird and wonderful performer, and the winner of season 5 of Rupaul’s Drag Race.

As a fan already, I was still unprepared for the talent and hilarity of this live performance. It is one thing to watch a performer lipsync and compete in a heavily edited TV show and quite another to see them sing and perform live.

Jinkx and Major Scales performed largely original music from their new album The Ginger Snapped, music composed by Major Scales. Jinkx is an absolute powerhouse  of a singer, they hardly needed the microphone, their presence and voice filled HOME’s biggest theatre with ease. Jinkx was able to flit seamlessly from ballads verging on operatic to catchy, poppy songs, my favourite being Boys in the Band.

Jinkx gave us just enough of the Drag Race gags we needed, joking about Bianca Del Rio and, at one point spitting ‘vodka’ across the front row – this was certainly funnier to behold when you weren’t in the splash zone. Jinkx Monsoon displayed versatility beyond anything expected. They swanned around in minty green lingerie and a lace dressing gown, ocassionally dramatically reclining on a chaislounge – the picture of opulence.

Jinkx had excellent comedic timing, a favourite of mine was as when Jinkx reached forward and grabbed the fourth wall from between the audience, throwing it away and scolding it.

Major Scales was excellent as the pianist/composer/therapist of the show. He and Jinkx had a symbiotic partnership and they never shied away from the fact that the show was scripted, but each break in a song or off hand comment felt natural, genuine, even spontaneous.

Jinkx came well prepared to these UK shows, making topical jokes about Come Dine With Me, Great British Bake off, and reminding us how much we’ve messed up with Brexit.

The story line of the show made it more than a cabaret show, Major Scales helping Jinkx through different mental health issues such depression and substance abuse was handled well. The self deprecating jokes did not take away from the poignancy of these discussions, if anything it heightened the issues and how we use humour to cope with pain.

One of the most powerful stories Jinkx told was about a doctor’s visit, they identify as gender neutral but ticked male on the sheet for the sake of clarity for the doctor. The nurse they handed the sheet back to took it upon herself to ‘fix’ the form and tick female, leading to a confusing conversation about periods with the doctor until Jinkx had to point out they have a penis. Te story highlighted the ignorance and lack of care about peoples’ identification, an extremely important message.

Jinkx Monsoon turned what could have been an expected (and fun-filled) comedic cabaret show, into holding up a mirror to the issues and abuse of Queer communities across the world and the importance of admitting that things are far from perfect, Trump’s transgender military ban and the stoning laws in Brunei for gay sex to name two.

The Ginger Snapped was an absolute triumph of performance, new writing, excellent comedy, and most of all a stark reminder that the world has a lot wrong with it and we need to talk about it if that is ever going to change. 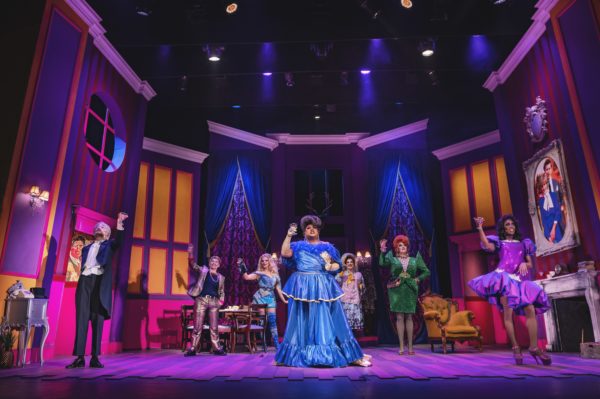