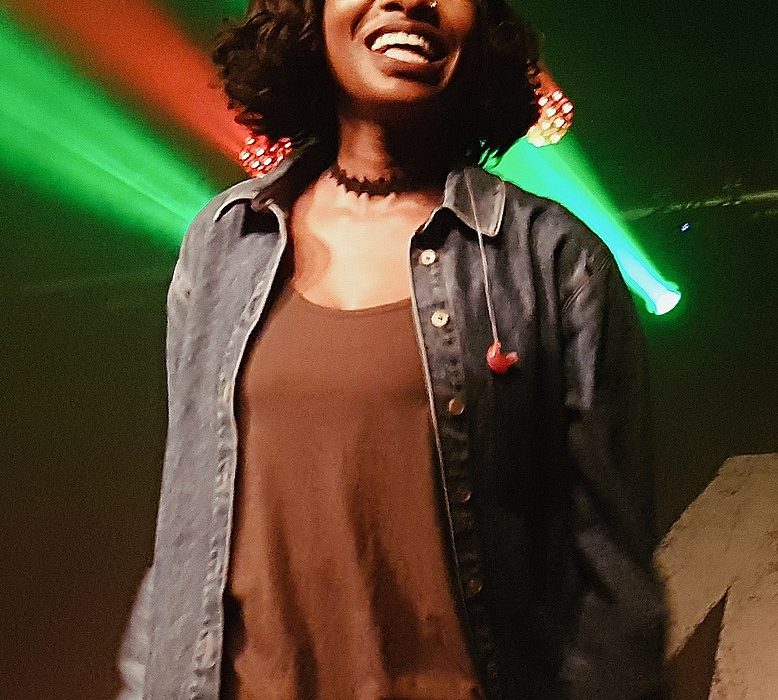 In an era where the hip-hop realm has been dominated by 808s and triplet hi-hats, standing out from the crowd in this scene is proving more difficult each year; the ‘trap’ sound has established itself as a monolith in the music world. With insanely popular albums such as Lil Pump’s Harvard Dropout being released at the end of last month, and Juice WLRD’s Death Race for Love earlier this month, 25 year old rapper Little Simz (Simbi Ajikawo) has a lot of competition to shine through.

Being praised by Kendrick Lamar, as well as touring with Gorillaz on the Humanz Tour, Simz has sought out to craft an introspective, personal album ladened with tight flows and witty lyricism. Her previous album Stillness in Wonderland was based off of Lewis Carroll’s Alice in Wonderland and took Simz on a journey of soul-searching and personal analysis. Despite receiving Lamar and Jay-Z’s seal of approval, Pitchfork referred to her previous work as “full of ideas and unsure how to express them”. Given this dichotomy of reception, Simz evidently has a lot to prove on her new release GREY Area.

Indeed, Simz comes in with all guns blazing, grinding as hard as she can in order to be distinguished from the homogenous sounds one hears in hip-hop today.

Opening up with ‘Offence’, Simz raps over an electronic bassline with Asian woodwind as an accompaniment that illuminates through generic trap beats. Delivering confident and somewhat egotistical bars, Simz refers to herself as “Picasso with a pen”, enforcing her desire to be recognised as one of the artistic titans of hip hop. This sass and aggression carry on through to the following track ‘Boss’, which hears Simz wailing during the hook over an overdriven bass riff, paired up with an energetic delivery and a frantic flow.

A similar, albeit slightly darker tone of voice, is found on ‘Venom’, where Simz spits over staccato strings that are contrasted with ambient trip-hop-esque beat. It is evident that Simz is harking back to the dreamy soundscapes found in Stillness in Wonderland, which prove to be successful in crafting a simultaneously eerie and dramatic track. Opening up with “life sucks and I never tried suicide”,  Simz delivers an onslaught of introspective poetry, the subject matter fitting the atmosphere of the instrumental wonderfully. Thus far, it is evident that Simz is willing to experiment with the beats she uses in her songs, as well as not shying away from a more angry, dynamic vocal delivery.

Further proving her versatility, Simz teams up with Cleo Sol on ‘Selfish’ to deliver a soulful performance. Reflecting the duality of her musicianship, Simz raps over a barebone beat with a slightly muffled drum loop. With lyrics that provide a simultaneously retrospective and boastful account of the work she has put in to be where she is in the game, Simz shows that despite her confidence in her ability, she is aware that nothing has been handed to her on a plate.

The theme of retrospection is further explored on ‘101 FM’, which recall “dreams of getting out the flats”, harking back to a time before she broke into the rap game. Lyrics detailing the loss of a friend to the prison system as well as memories of recording early tracks are recited over another East-Asian inspired beat; indeed, Simz remembers her roots, and becoming a prominent artist in the scene has not changed her outlook on her past.

Overall, this album is full of audacious, boastful bars at one end, but is also tinged with memories of her past and the graft Simz has made to cement her position in the music scene. Her flows are rhythmic and groovy, whilst her vocal delivery is never short of impassioned. My favourite aspect is probably the beats which deviate from the homogenous trap sound, and instead, take inspiration from her previous works and Asian instrumentation. Coming in at 10 tracks with a run time of 35 minutes, Simz provides an ‘all killer, no filler’ album, with every track making sense to one another.

All in all, a very enjoyable listen, parts of it may indeed perhaps invoke empathy to those who have not grown up in the sort of background Simz has.