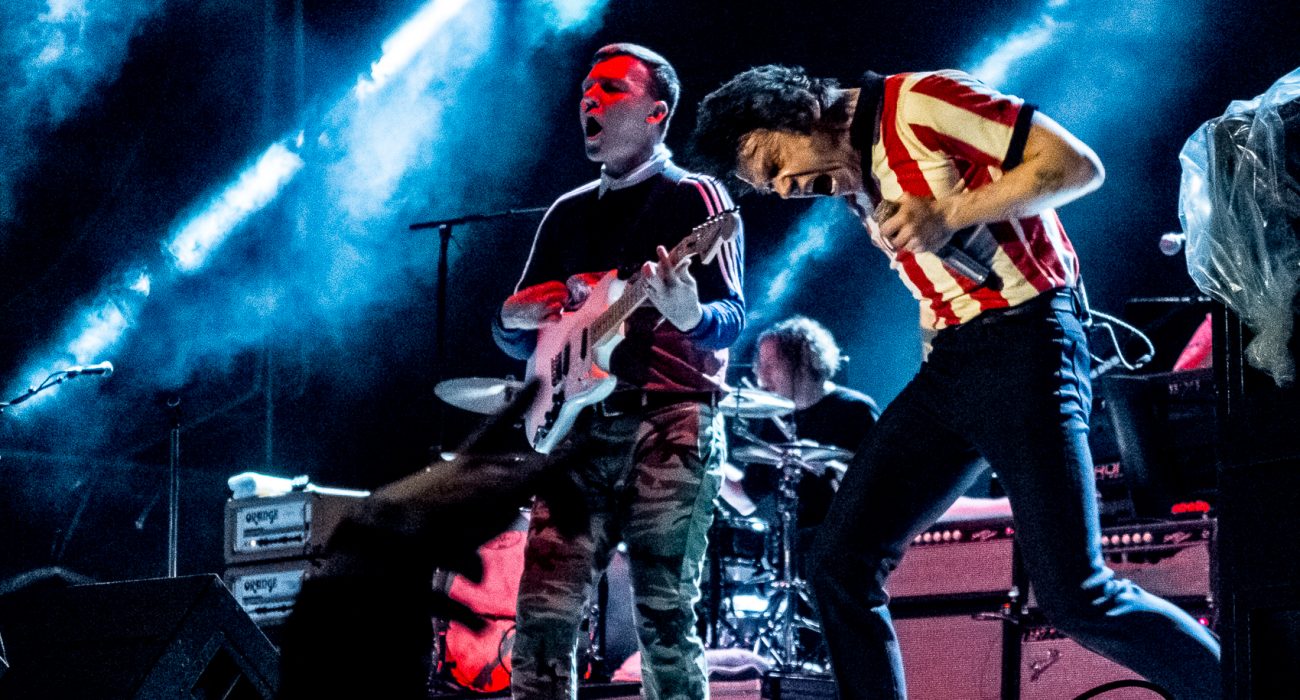 Cage The Elephant have broken back into the music scene with their fifth studio album, Social Cues, an energetic 13-track LP detailing the ends of relationships and the fragility of fame. The distinctive sound of Cage’s guitars combined with their extensively detailed lyrics continues on this album and it is a joy to hear. Jaunty beats combine with the stories of lead vocalist Matt Schultz’s collapsed marriage that gives a juxtaposing experience on first listen that feels both exciting and unsettling.

Cage The Elephant have released their fifth album on the back of extraordinary amounts of success: ‘Ain’t No Rest For The Wicked’ and ‘Cigarette Daydreams’ have become classic alternative tracks closely associated with the indie/alternative rock genre itself. With such a legacy already existent, it is hard for a band to continue to progress and develop. Despite this, Cage The Elephant have produced something that sounds delightfully fresh while maintaining their usual style. The opening track ‘Broken Boy’ introduces us to this combination of joy and upset immediately – the rapid guitar riffs laid over the repetitive pre-chorus of “I was born on the wrong side of the train tracks” is a brilliant beginning.

Transitioning into the title track of ‘Social Cues’, the theme continues. A personal favourite that begins with almost whisper-like verses provides an introspective on the issues that come with finding yourself in the spotlight. Glitzy in its catchiness, the album’s opening is one of the best I’ve heard yet. Another highlight comes in the leading single ‘Ready To Let Go’. Using the historical event of Pompeii as an analogy for the downfall of his marriage gives a sense of awful tragedy, but again we are treated to surprisingly uplifting tones in the beat. Once more, the band combines happiness and tragedy in the same space and this combative clash of mood only adds to the overall feeling of introspection. There’s something in Social Cues that feels a lot more mature than prior work, but it is still very much a Cage The Elephant album.

In technical production, the album shines, as one would expect. The layers of guitars combined with drums and vocals do become occasionally cacophonous and overwhelming – such is the case on ‘House Of Glass’ – but this is then balanced out by the likes of ‘Love’s The Only Way’, a haunting and strings-driven ballad that is nothing short of beautiful. As always, the band display a knack for spanning not only moods but genres, and their ability to conjure up delicate, whispery ballads alongside heavy rock anthems is astounding.

The album closes with ‘Goodbye’, another song detailing the fallout of a relationship. In a manner akin to ‘Love’s The Only Way’, the ending is almost papery in its fragile sound set over low violins. It relies on the instrumental skill of the band more so than the vocals but provides a soaring ending to an album spanning genre and tone with ease. The album is easily their most advanced and careful yet, showing the band’s emotional maturity and the effect external events can have upon music.