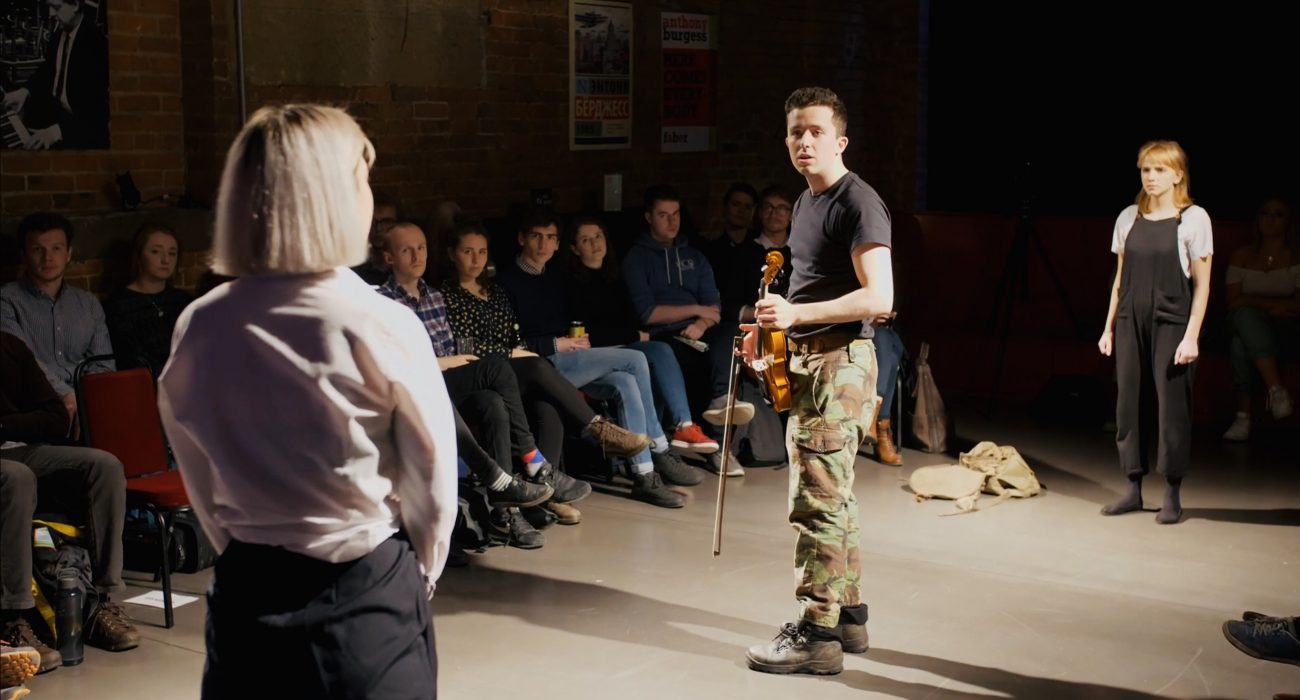 The Soldier’s Tale unfolded with an instantaneous grip on its audience. Stravinsky’s dance score was paired with C.F Ramuz’s poetic libretto to soul warming effect. This blend of music, dance and drama was not only memorable, but a charitable performance (all profits to The Royal British Legion).

A soldier (Matthew Quinn) trades in his life, soul and joy in the form of his violin to the devil (Rosie Thackeray), for a book that can provide him with endless wealth and success … or so he thinks. Exploring the subject of human greed and our incessant attempts to ‘have it all’, The Soldier’s Tale has a mysterious timelessness and feels strikingly relevant in an age of Trump and technology.

Stravinksy and C. F Ramuz devised this play intending it to be a cheap, easily portrayable re-working of Afanasyev’s Russian folk story. This stripped-down form of theatre leaves plenty of potential for innovative dramatic re-working, and director and choreographer Eleanor Lang did not disappoint.

The actors moved deftly in and out of the performance space, often sat with the audience who were in rows at both sides of the room. From the offset, the inclusive staging and bright open space was fresh and involved, giving the performers no room to hide (which they absolutely had no need of anyway). 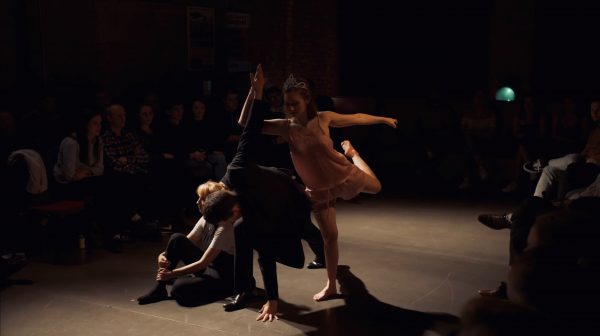 Despite the abstract rhythmic script, the naturalistic performances gave an accessibility and shrewdness to the characters, providing the text with the weight and nuance it needed and deserved. Freya Parry’s excellent narrative voice was calm and collected, yet equally emotionally invested in proceedings. Matthew Quinn gave the dissolute soldier a sort of naïve charm. Rosie Thackery’s cunning devil scarily suggested that character is the most intelligent of them all. As the princess, Eleanor Lang stunned with her dance solo. Her balletic poise throughout the contemporary dance was broken at moments to great effect. Her expression and emotion shone through the movement.

It was clear that conductor James Gillett led the score skilfully and precisely. The music, played with gravitas, was infused with raw melodic fragments and driving rhythms. The brilliance of the performance lay in the starkness and darkness created by the music and the performers. This atmosphere was needed for a tale of a man who sells his soul to the devil, yet the production still retained elements of sarcasm and tongue in cheek. The witty moments of the play lifted it above its own darkness for a moment, before plunging back down, taking the audience with it.

The simplicity of the dramatic trappings and interesting choreography was enough to give the story everything it needs. A lavish performance of The Soldier’s Tale would miss the point that this rendition demonstrates so beautifully.  Sharp, biting and brilliant – The Soldier’s Tale left nothing and everything to the imagination.