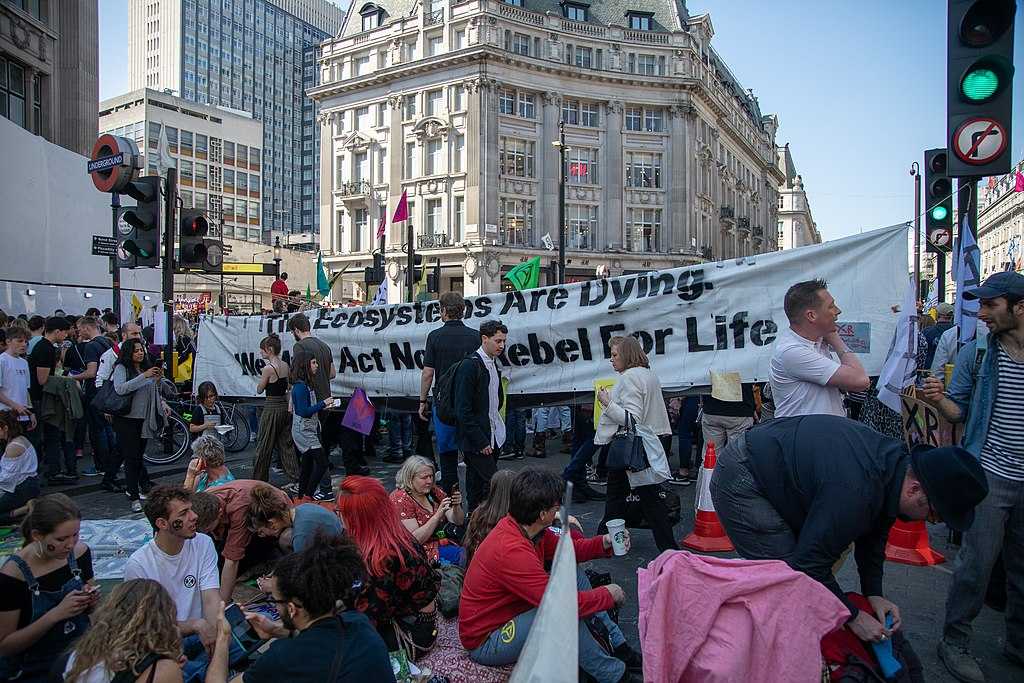 Climate protest group Extinction Rebellion (XR) have announced that they will occupy Deansgate for four days starting on Friday 30th August, in action they are calling the “Northern Rebellion”.

Hundreds of people are expected to turn up to what XR’s website describes as a “peaceful, public uprising” in the heart of Manchester, which will feature a “canvas city” of tents pitched outside House of Fraser – alongside workshops, talks from leading scientists, DJs, bands, and performers.

The protest is expected to cause serious disruption in Deansgate, a popular shopping district and one of the city’s busiest streets, which currently has illegal levels of air pollution.

In a statement, Greater Manchester Police told those planning to travel into Manchester to allow more time when planning their journeys, and warned that “the public can expect to see an increased police presence in and around the city centre and across our transport network.”

“Our aim is to facilitate the protest, whilst trying to minimise disruption to all those who work, live or who will be visiting Manchester over this period.”

On social media, SU Welfare and Community Officer Adam Haigh tweeted about the occupation. Haigh himself was involved in the 24-hour-long occupation of the University with the People and Planet Society in June.

XR, who were officially supported by the University of Manchester Students’ Union (SU) after a vote at Senate last February, have held large protests across the UK over the last year, most notably in London, where over 1,000 protesters were arrested in April after more than a week’s worth of disruption took place in the capital. It is estimated that somewhere between 3,000 and 6,000 protesters took part.

SU support for XR has come most prominently from Activities Officer Lizzy Haughton, who herself was arrested for her involvement in an XR protest in Manchester last November.

In a joint statement from Adam Haigh and Lizzy Haughton – who will continue her role as Activities Officer during the upcoming academic year – said: “Extinction Rebellion has had a huge role to play in increasing awareness in the climate crisis this past year, and has seen a number of protests occur, as part of the local group’s efforts to bring attention to the crisis, here in Manchester.

“We are blocking a central part of Manchester because we need to show that business-as-usual cannot go on, that we need the general public to be on side and to turn their anger towards the government with us.

“What’s more, we need students on side; this is our fight for our future among youths across the world, and our educational institutions have incredible amounts of power to lead in this fight that they are, so far, ignoring. We need students to get involved in any way they can in environmental activism and to be able to hold their universities and local councils to account.”

On their website XR have welcomed anyone to join the “Northern Rebellion”, writing: “We need you – whoever you are, however much time you have – to help build a powerful movement. Our vision of change involves mass participation. Together we’re unstoppable.”

The protest is expected to start at 10am on Friday 30thAugust, and end on Monday 2ndSeptember.