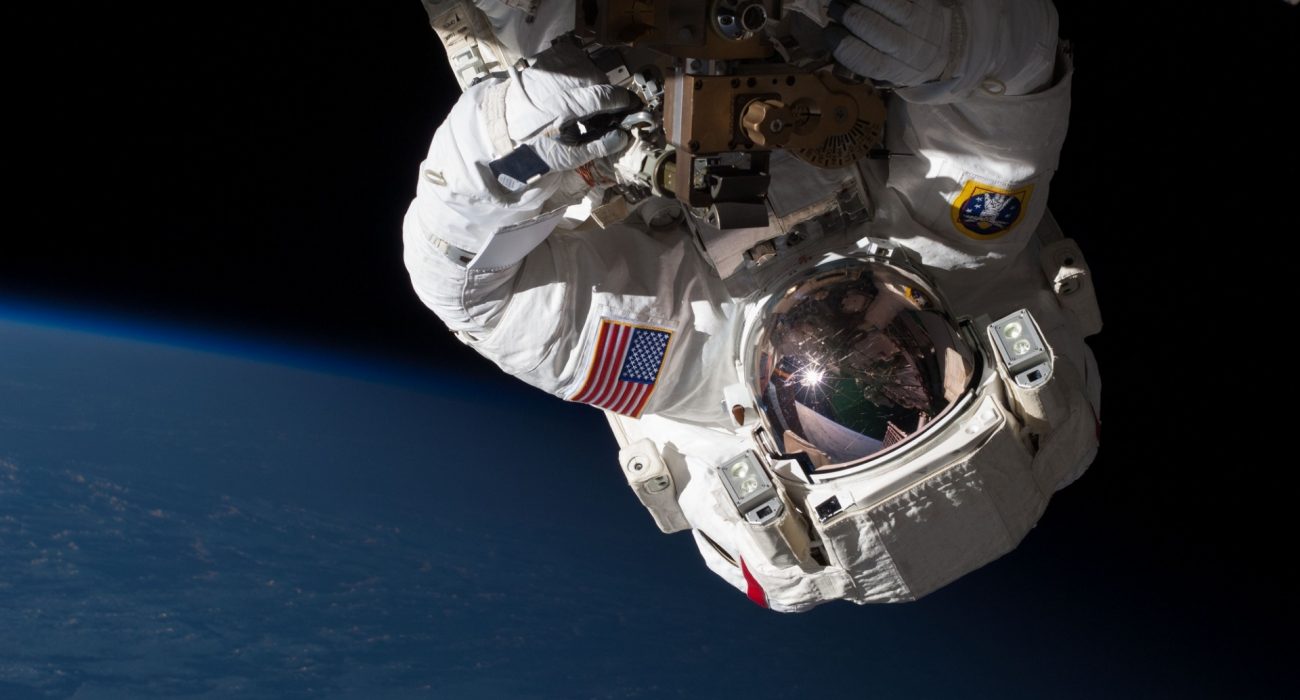 The “lonely astronaut in space trying to understand what humanity is all about” sub-genre is overdone, but that hasn’t stopped James Gray from adding his own spin on the theme with Ad Astra; a tale of a macho, gruff astronaut grappling with his emotions as he ventures deep into our Solar System on a dangerous mission. The plot doesn’t run any deeper than my previous sentence — Gray punches above his weight, and misses completely.

It’s clear from the start that Ad Astra is attempting to build a world of a grandiose scale. Practically ripping off Blade Runner, red text on a black background lay down some basic plot points. This feeling of almost building something huge is present throughout the film. Brad Pitt’s inner monologues make up most of the dialogue in the film and serve to construct a layered story – yet, they’re as empty as the blackness of space itself. The beautiful cinematography lingers on characters and scenery as if to convey a deeper message that just isn’t there.

The camerawork is by far one of the highlights of the film. From the wide shots of the moon, planets, and spaceships to close-ups of Roy McBride (Brad Pitt) looking confused, every shot in the film seems to have been meticulously planned, highlighting the set decoration that makes the world of Ad Astra feel lived-in and almost real.

Accompanying the camerawork, the sound design in the movie is spectacular. Space is a quiet vacuum where explosions have no sound, and every action scene that happens in zero-g is tense thanks to the use of Pitt’s perspective as the “ears” of the film — his calm breathing is sometimes drowned out by explosions near him, but not by ones further away than an arm’s reach. My experience was genuinely enhanced by watching the film at the Dolby Cinema at ODEON Trafford Centre, allowing for the enveloping sound and crystal-clear projection to totally suck me into the story.

The attention to detail in the audiovisual presentation underlines my favourite part of the film: the world-building. During the first half hour of the film, the story begins on a dying world which resulted in the corporate colonisation of the moon. There’s something deeply concerning about seeing a Chick-Fil-a on the surface of our satellite. Corporate greed is the only truly impactful philosophical question raised by Ad Astra, as the core introspective plot is simply bland.

What makes McBride a man? Where do the limits of his psyche lie? How deep do the scars of his past run? Can he ever move on? These are some of the questions that the plot poses, yet it never answers them, instead it presents a self-absorbed pseudo-philosophical outlook on human existence, akin to what you’d expect from a teenage boy who read his first summary of Nietzsche. Pitt’s introspective performance is not Oscar-worthy in the slightest; all he does is look confused, angry or sad at times while completely Stoic at others.

With some interesting set pieces, solid cinematography, and clever sound design, Ad Astra has the components of a strong film — but the lack of a compelling cast and story give way to a crash landing.