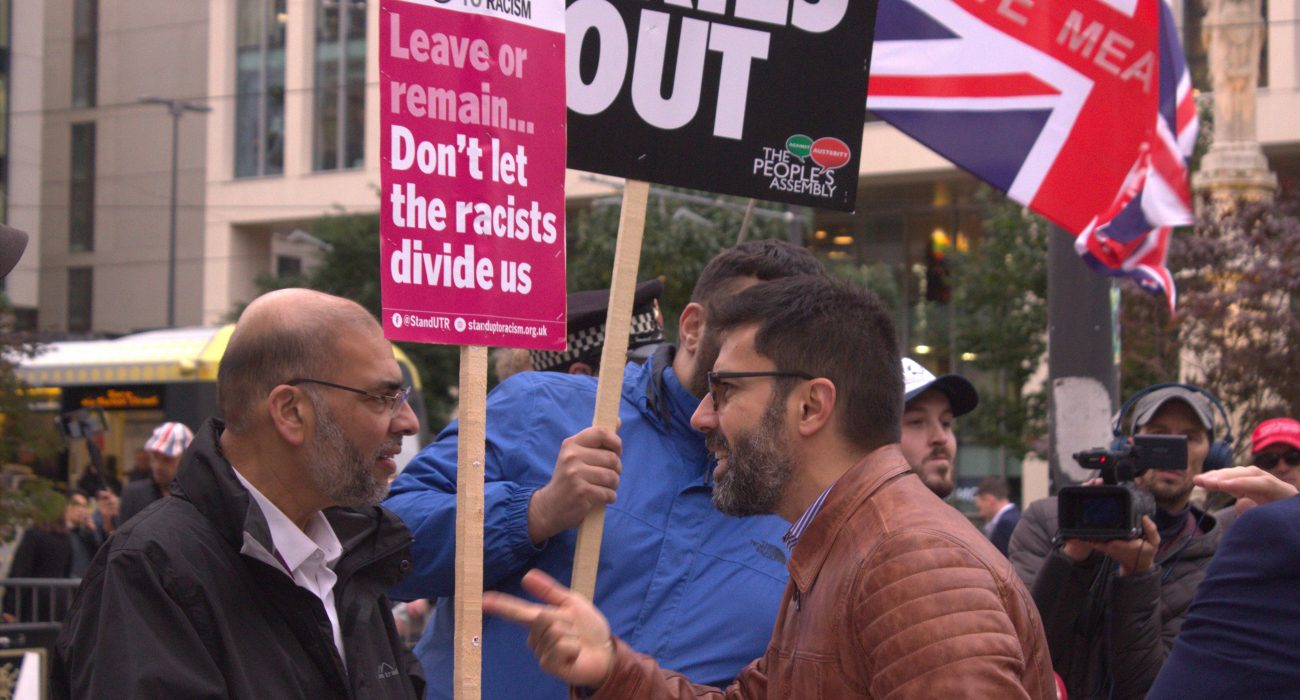 The conference was marked by protests, with approximately 13,000 people taking to the streets on the first day of the event to protest issues such as austerity and Brexit.

Key policy takeaways from the conference include a promise to rebuild North Manchester General Hospital, a “long-term funding package” for bus services outside of Greater London, and Priti Patel’s commitment to end free movement once and for all. However, confusion remains over Johnson’s Brexit plan, which is yet to be published in full.

The most prominent marches in Manchester took place on Sunday 29th September, as the conference began in the city centre. The People’s Assembly Against Austerity marched from All Saints Park, Oxford Road to Cathedral Approach (near Manchester Victoria). The organisation claims that austerity is “the most destructive force in Britain today” and that “there is an alternative to austerity with its policies of tax breaks for the rich and cuts for the rest.”

Thousands also marched with Reject Brexit, Defend our Democracy – a collaboration between Manchester for Europe and March for Change – from Whitworth Park to Castlefield.

Speaking to The Mancunion, Sue Wilson, from the organisation Bremain In Spain, said she wants to “stop Brexit altogether, because anything less than that would see our rights diminished, so we would lose free movement for example… it is not inevitable, we can still do something about it.” The organisation, based in Spain, campaigns for the UK to remain in the EU and to protect the rights of Britons living in Europe. Wilson was one of several speakers at the ‘Defend our Democracy’ rally.

Labour MEP Julie Ward, who attended both the anti-austerity and the anti-Brexit protests, said: “There is a link between austerity and Brexit. If Brexit goes ahead, we will have austerity on steroids. We’re going to feel the pain of austerity one hundred times more than we do now.”

Actor Julie Hesmondhalgh, activist Peter Tatchell and MP for Ashton-under-Lyne Angela Rayner were among the other speakers at the demonstrations on Sunday.

Sir Richard Leese, Leader of Manchester City Council, praised the peaceful nature of the protests, saying: “The right to peaceful protests is a fundamental part of our democracy and we have seen that exercised on the streets of our city today… these large scale protests have passed off without incident.”

Greater Manchester Police said that only one person was arrested during the course of the protests. However, Police will investigate a banner that appeared in Salford earlier in the week which read: “130,000 killed under Tory rule, time to level the playing field.”