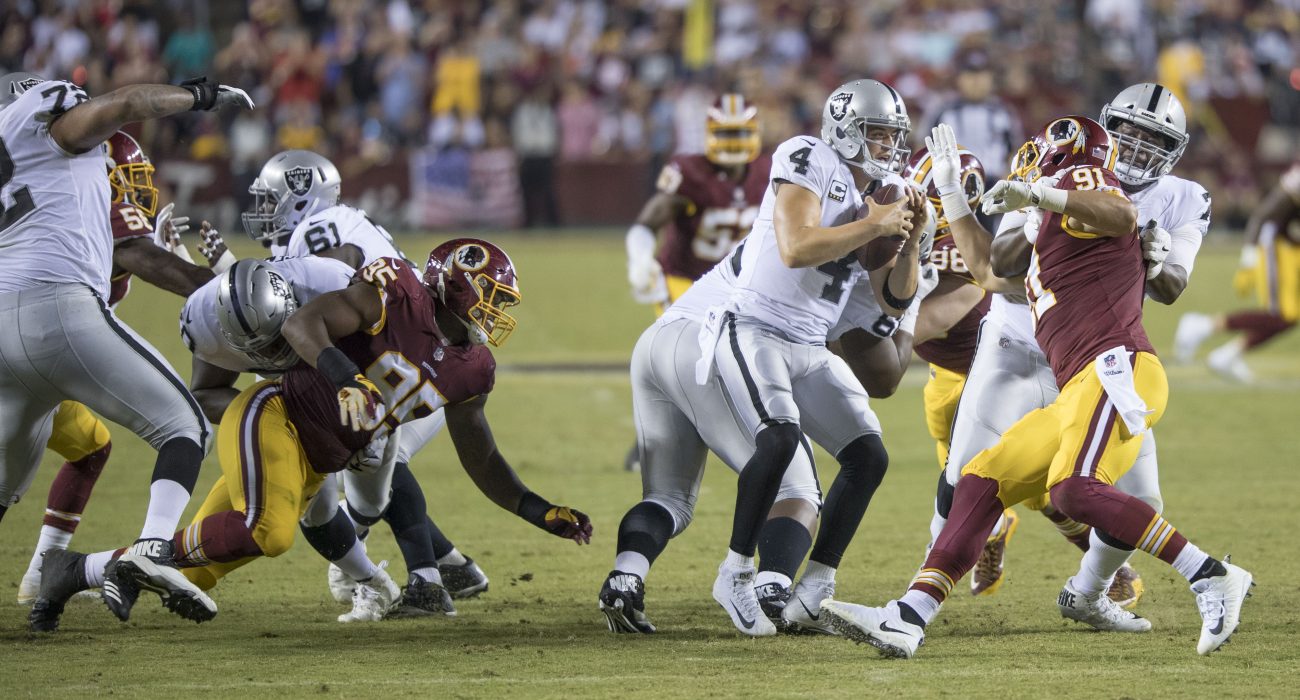 To kick off this season’s London NFL Series, the Chicago Bears took on the Oakland Raiders at the Tottenham Hotspur Stadium. The Raiders came away with the win after leading most of the game. A resurgence from the Bears, which saw them take a 21-17 lead, nearly sealed the Raider’s fate, but a late touchdown from rookie running back, Josh Jacobs, allowed the Raiders to pull off a 24-21 win over the Bears. This was a huge upset and could be the start of great underdog season for the Raiders.

To a lot of NFL newbies, this result might not seem too surprising. However, this win is huge for the Raiders. Last season saw Raiders’ management trade away key players for draft picks. The trade of star receiver, Amari Cooper, to the Cowboys and one of the best defensive players in the league in Khalil Mack to the Bears made the Raiders the laughing stock of the league. It made the idea of this season being a success improbable: Vegas gave the Raiders a 100-1 chance of winning the Super Bowl.

The key contributors to this victory against the Bears were the team’s offensive line, which held off the fierce Bears’ defence and a 2-touchdown performance from rookie running back, Josh Jacobs. The Raiders’ season is going well, currently sitting at second in their division. If they continue at this rate there is a chance they could be in playoff contention. However, one of the hardest schedules in the NFL may be their downfall.

Mack’s first game against his former team definitely didn’t go the way he wanted. The Bears have been disappointing this season. With one of the league’s best defences and an upcoming quarterback in Mitchell Trubisky, all was looking up, but losses and injuries have derailed this team. Trubisky dislocated his shoulder in a previous game and was unable to start. But, even without the injury, after an impressive season last year, throwing for over 3000 yards and 24 touchdowns, Trubisky has disappointed. This season needs to be a breakout year for him. He was the highest-drafted quarterback in the 2017 draft but has performed worse than both Deshaun Watson and Patrick Mahomes who were drafted later. The only statistic Trubisky leads in out of the 3 players this season is interceptions, with 2. Both Mahomes and Watson have already cracked 1000 throwing yards and both have 11 touchdowns. Trubisky has 3. Trubisky is the X-factor in the squad this year and, if he plays badly, the Bears will likely underperform drastically this season.

Both teams will now enter their bye week (rest week) before their next games. The Bears have an even tougher opponent next in the Saints, but Trubisky looks set to recover which may help. The Raiders face the Packers, who have only lost once this season; a real test as to whether this win was a fluke.

This upset isn’t the last of the NFL action in London with more exhilarating games to come from the Panthers, Buccaneers, Rams, Bengals, Texans, and Jaguars.