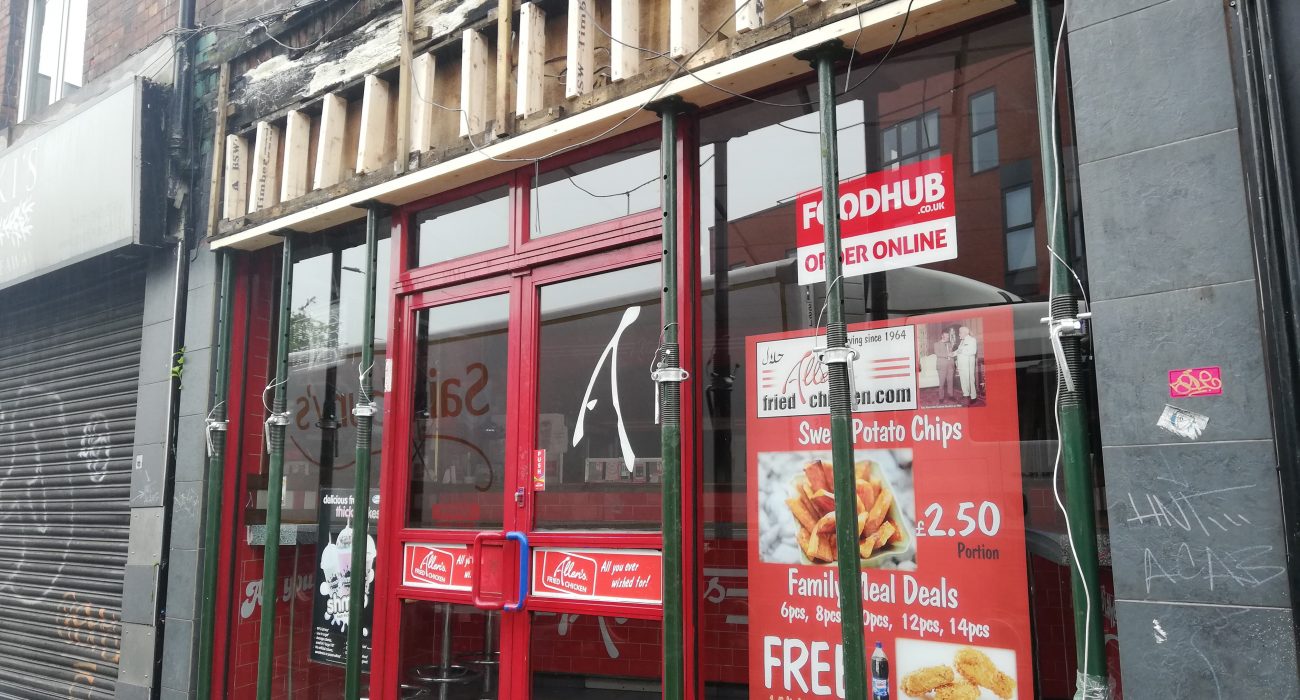 Fallowfield favourite Allen’s was attended by emergency services on Tuesday 8th October, after reports that a fire had broken out.

The fried chicken shop, that has gained a cult-like status among students, was engulfed by flames, in an incident reportedly caused by an external sign.

Three fire engines were called to the eatery just before 11am, and spent just under two-and-a-half hours tackling the blaze. The fire does not appear to have caused major damage, with a representative from the establishment confirming to The Mancunion that Allen’s was open as usual.

“We can assure all our loyal Allen’s customers we are open for business. We are now in the process of choosing a brand new Allen’s signboard, which will be better than before.”

Despite this, student community platform Fallowfield Students Group featured a range of dramatic responses to initial reports of a blaze. A post reading “Allen’s is on fire, RIP” broke to the community, followed by almost 300 comments in 24 hours.

One person commented: “sorry to ruin ur morning like this”, with another responding: “I’ve already witnessed it in real life my weeks been ruined… as if third-year couldn’t get any worse.”

Back in July 2017, a branch of the chain in Ashton was also affected by a fire.