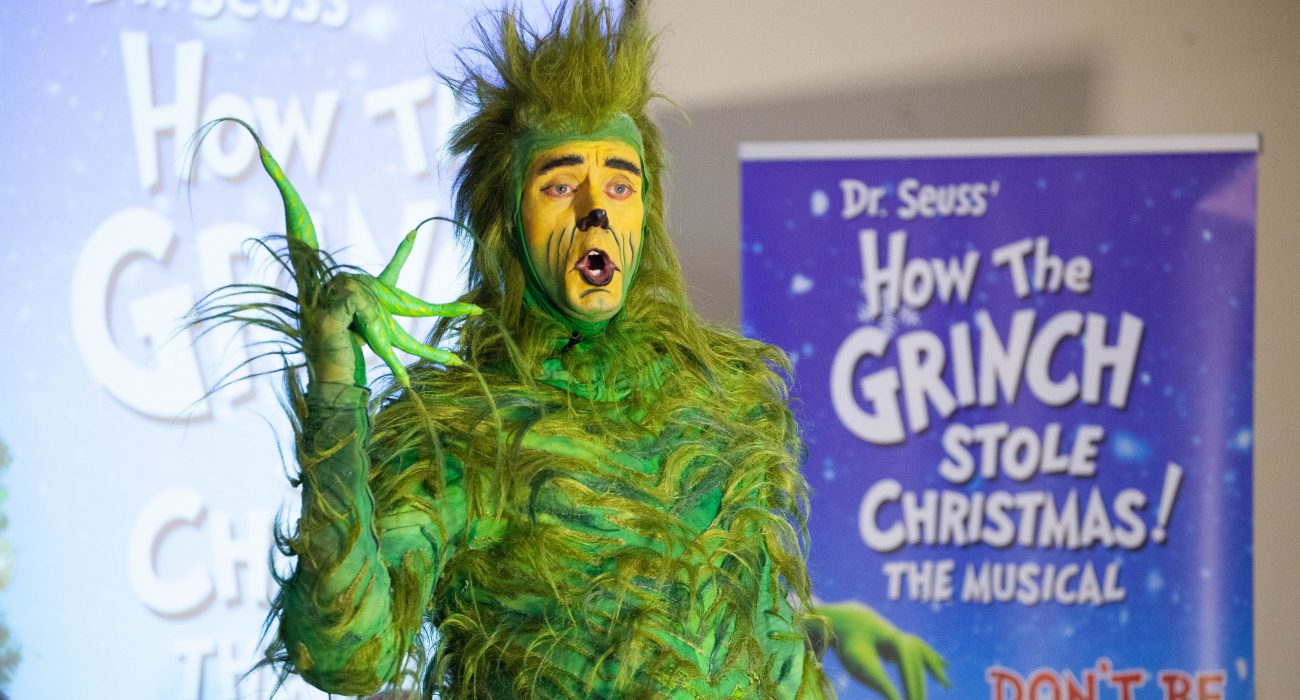 How The Grinch Stole Christmas! The Musical – Press Showcase

The musical press showcase for Dr Seuss’ How The Grinch Stole Christmas deserves a lot of credit for creating the most Christmas-like atmosphere in a corporate conference room in September. This musical will be the Lowry’s big show over the Christmas season.

Despite being one of the more unusual events I have attended, it filled me with excitement about the prospect of this nostalgic, heart-warming musical coming to Manchester in December.

The event was held at Chill Factore. Its snowy slopes served as an apt back-drop to discuss a Christmas musical. We were welcomed with a free hot chocolate, complete with green marshmallows. This further cemented the cosy, wintery atmosphere.

We were then led to a room decked out with candy canes and Christmas crackers. Here, we heard interviews with cast-members and the head of theatre operations at the Lowry, Steve Cowton.

Griff Rhys Jones (Old Max, the dog who narrates the show) stated he’s “never had more fun” in a production. He highlighted the pleasure he receives in knowing he can be a special part of many families’ Christmas.

Edward Baker-Duly entered the stage in full Grinch costume for an impromptu rendition of ‘One of a kind’. With further rehearsal, this promises to be a very entertaining solo.

This was followed by a song with Duly and the four young actresses, Isla Gie, Eve Corbishley, Sophie Woods, and Bebe Massey, who will share the role of Cindy Lou over the course of the production. It’s safe to say that this beautiful song is a sign of the adorably innocent nature of the show.

We were assured that magnificent sets and costumes inspired by Dr Seuss’ original illustrations will transport audiences to the world of Whoville. Moreover, a lot of the dialogue is lifted verbatim from the novel, which I’m sure will create lots of nostalgia for those of us who grew up with The Grinch as a much-loved bed-time story (and film).

Everything about this event (including the amazing Grinch-shaped cake, pictured below) assured me that How The Grinch Stole Christmas will be an excellent musical. 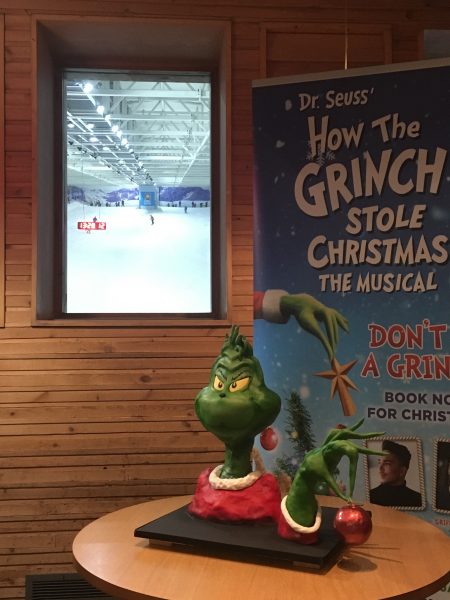 Its box-office record-breaking run on Broadway, combined with the talent and passion of its new 2019 cast, points to a heart-warming show of high calibre. The promise of nostalgia, as well as the fact that cheap tickets are available as part of the Lowry’s Under 26 Scheme, means this musical is also a great choice for students. As Cowton pointed out in his interview, a show this whimsical and joyful is exactly what we need to cheer us up this Christmas.

Dr Seuss’ How the Grinch Stole Christmas! The Musical runs at the Lyric Theatre at the Lowry from 10th December until 5th January.