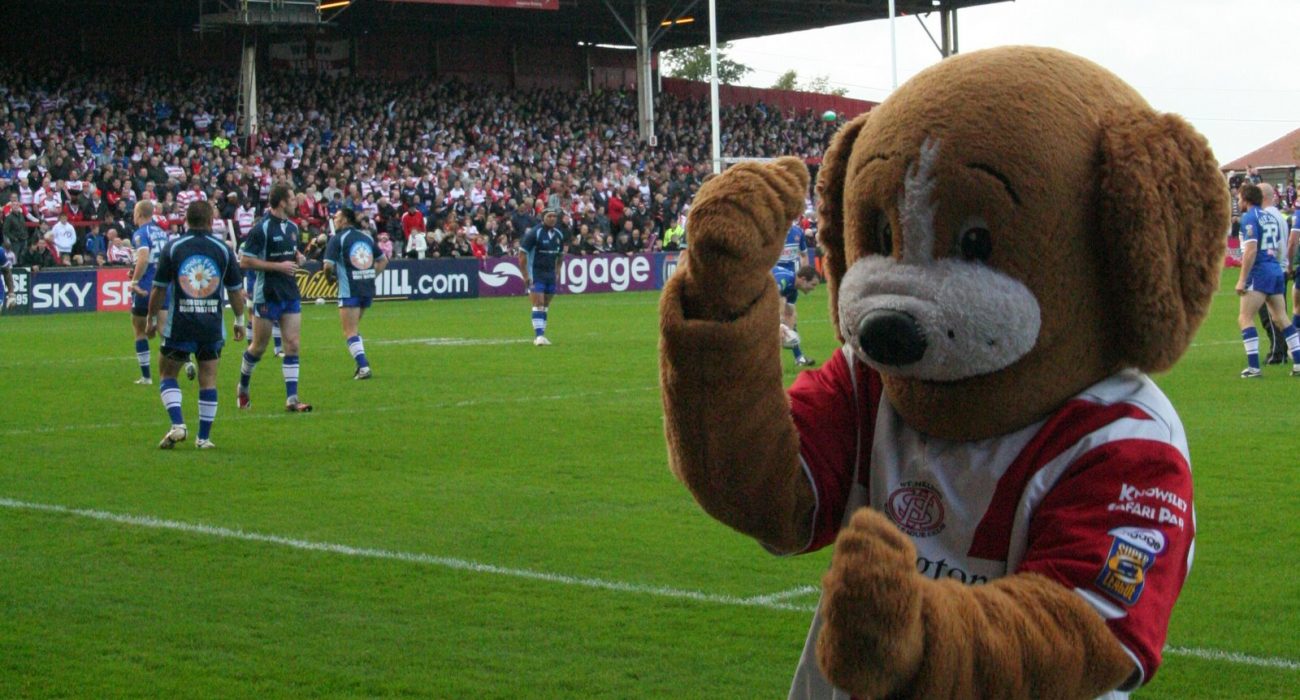 The build-up to Saturday’s Super League Grand Final was centred around the fairytale of the Salford Red Devils. But in the shadow of the Dirty Old Town, it was St. Helens who put in a workman-like performance to extinguish the flames of a historic moment.

Sport is about dreaming. The Salford fans saw their side tipped for relegation in pre-season. They have lived a season that has far eclipsed the wildest of delusions.

Not to discredit St Helens, who were reliving a dream of their own. As the finest team in the English game bid farewell to manager Justin Holbrook, they did so in glorious fashion. It was the second-largest gap in a Grand Final since 2007.

It was the Saints’ sixth triumph in 11 Grand Finals. Holbrook leaves for Australia having overseen the creation of a fine rugby side. Had they been beaten at the final hurdle, in a fashion similar to last season, a trophy-related cloud would permanently hang over his reign. Not anymore.

Morgan Knowles opened the scoring for the favourites after 15 minutes. Salford had defended resolutely to hold out until then. A quick, short pass out left from Alex Walmsley, a dink and a dummy from Knowles and he was sliding over the line. Lachlan Coote converted accordingly as he did, faultlessly, all night long.

Salford had done well to hold out, denying St. Helens the fast start they managed against Wigan in the play-offs. But as soon as Knowles had dragged his side into the lead, another try quickly followed. Nine minutes after the first, a brilliant reverse pass from captain James Roby set up Zeb Taia to take Saints into double figures.

Ian Watson’s side battled back into the fixture; fighting hard has been a characteristic of their season. First from the tag of relegation favourites, then into third place and then throughout the playoffs. Their mentality cannot be questioned. They didn’t fold as some teams have done in past Grand Finals.

Tu’imoala Lolohea thought he had brought the Reds back into contention with an inventive effort. Under pressure, he found the ability to look around him, assess the situation and penetrate the space. The East Stand at Old Trafford launched out a wall of noise but the video referee saw it cancelled out for obstruction.

Within minutes, the try had come for the Red Devils. It was well-worked and the noise levels somehow got even louder. Jake Bibby threw the man on his left a dummy and brought it back to 12-6.

They pushed for the rest of the first half but couldn’t find another try to draw level. A stop-start beginning to the second half drew the final whistle closer and the Saints began to pull away.

Salford manager, Watson, seemed to admit that the best team had won. Although not explicit in saying this, everyone was aware that Saints fully deserved their title, a first since 2014. They finished 16 points clear at the top of the league.

It was Mark Percival’s run, cutting inside from the left to come in front of the posts, that started the St. Helen’s steam train. A quick grubber kick and a jump and Percival took his side to a two-score lead. Coothe converted, of course.

He did so again shortly after as Gil Dudson was penalised for a high tackle. A three-score lead had manifested itself. Salford fans were aggrieved by a number of refereeing decisions, particularly when Dudson was pulled up for a knock-on. Replays showed that he could well have been given a penalty himself. St. Helen’s continued to roll on. Coothe converted another penalty and a Makinson drop goal confirmed the inevitable.

As the full-time horn blasted across to the Stretford End, 15,000 Saints fans serenaded their side. TV presenters, medics and coaches stepped onto the pitch and picked their way through the floored, distraught Salford stars. Ultimately, this was the final task and it was too much for this ‘motley crew’ of ‘misfits’ who have defied expectations all year.