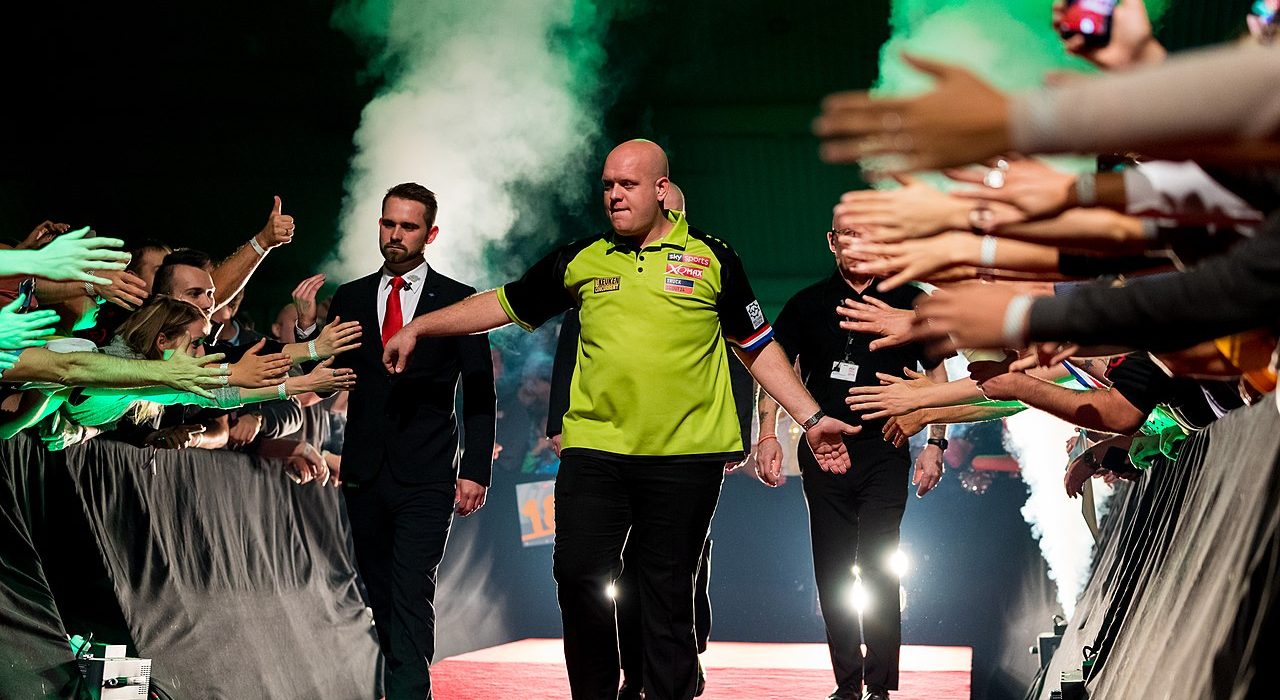 The Dutchman equalled the feat of the legendary Phil Taylor on the 20th of October in Leicester as he continued to assert his dominance ahead of a stacked winter schedule.

Following his victories at the World Grand Prix, the PDC World Championship, the Masters and in retaining the Premier League title, van Gerwen rode his luck to maintain his unstoppable form.

Van Gerwen has the superior record in the pair’s previous battles, but this was far from the proverbial walk in the park which many anticipated.

It was clear from the off that the Morningside Arena crowd would witness a classic, with a brilliant early 156 checkout by ‘Snakebite’ immediately followed by an assured 154 combination by van Gerwen.

The Dutchman’s draining semi-final fixture then looked to have caught up with him as Wright raced into a seemingly unassailable 10-7 lead. The momentum of the contest, however, would swing dramatically with Wright needing a double 12 to claim the belt.

Whilst van Gerwen showed the grit and determination of a champion, he was aided significantly by his Scottish opponent’s failure to take a series of guilt-edged opportunities.

Wright, sporting a yellow and green variant of his iconic Mohawk hairstyle, missed three match winning darts whilst 10-7 up. He fired two darts outside the wire and one agonisingly onto single 12.

The world number one was in no mood to offer his opponent any more chances to kill the game. He went on to win 4 consecutive legs to leave ‘Snakebite’ to rue what could have been.

After the match, the champion claimed he saw a “really nervous” figure up on stage with him and he knew from that moment onwards that he was back in control of the tie. The final would be won with a comfortable 50 finish, as van Gerwen joined Taylor in an elite club of two.