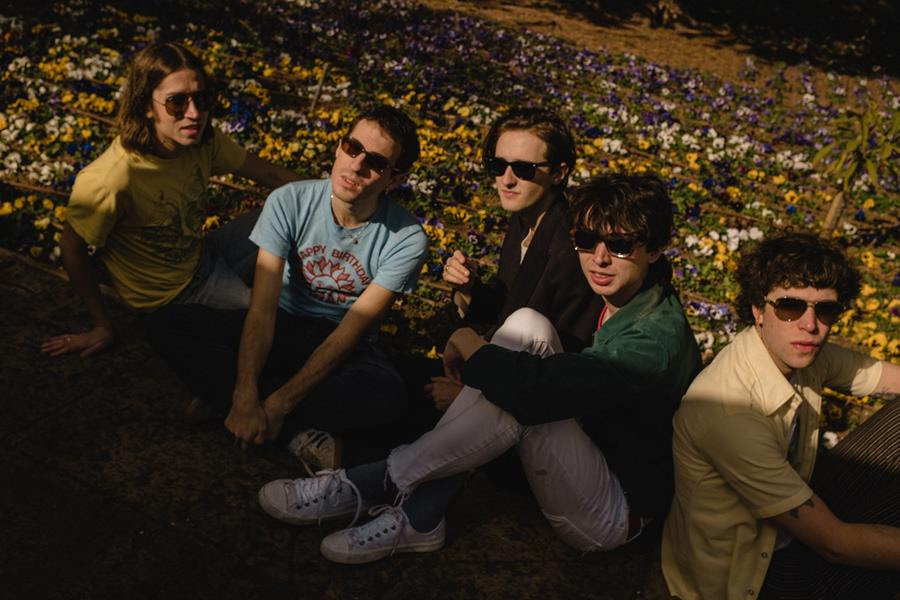 Live Review: Swim Deep at Band On The Wall

Returning to Manchester on Saturday, Swim Deep entertained a rowdy bunch in sold out show at the Northern Quarter’s Band on the Wall.

The tour follows on from the release of the band’s third studio album Emerald Classics which was released earlier this month on RCA Records.  The record, much like Swim Deep’s performance that night, featured an eclectic range of styles drawing from the indie and dreampop influences that found them success with their first album Where The Heaven Are We?, to the acid and rave vibe that inspired second album Mothers (2015).  This unique collection of genres meant the Birmingham outfit delivered a crowd pleasing set as they played their most loved hits from the last five years.

Swim Deep got the gig off to a lively start as they performed debut album classics ‘Francisco’ and ‘Honey’ to a throng of youthful and excitable students, before raising the energy with the synth loaded dance track ‘To My Brother’, setting the tone for an evening of up-beat and energetic music. After settling the audience in with some of the bands more recognisable and established songs, Swim Deep took the opportunity to debut the new tracks from their new album.  First to be aired was ‘0121 Desire’, a song that joyfully celebrates the band’s hometown of Birmingham.  It was a well-received ensemble, especially when frontman Austin Williams amended the words to ‘0161 Desire’ (Manchester’s phone code).

Swim Deep continued to display their new material throughout a set that contained a more or less even split of a discography spanning five years.  The combination of high tempo pop melodies, drum and base inspired drum beats and a synth section reminiscent of contemporary indie giants LCD Soundsystem meant that the selection of songs were ideal for the live performance setting. Swim Deep established an excellent energy between band and audience as they simultaneously sang and danced their way through the set in a tightly packed venue.

Swim Deep closed the set with ‘Fueiho Boogie’, which the band describe as “an eight minute rave song about how dancing used to be illegal in Japan”.  The tune emanated an atmosphere more akin to that of a rave than a gig by an indie guitar based five-piece, which was only intensified by the acid-house smiley face visuals.

Swim Deep vacated the stage but were quick to return with a three song encore beginning with the lead single from Emerald Classics ‘To Feel Good’.  This particular song details frontman William’s formative years in Birmingham while trying to make it in music. He recounts his struggles in the spoken word verses before delivering a positive message in the triumphant chorus “Everybody’s free to feel good”.  Swim Deep closed the concert with fan favourites ‘She Changes the Weather’ and ‘King City’ which provided a perfect finish to a solid show.

The aspect of the band’s performance that stuck out the most was the visible enjoyment of each of the band’s members while playing music. This is a vital trait to bands whose music is laced with positive imagery, a sense of optimism and feel-good anthems.