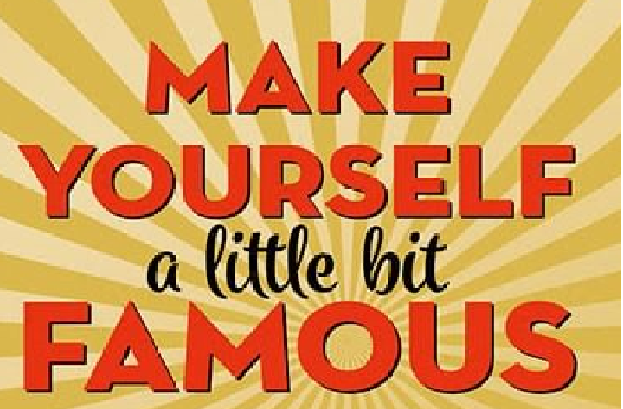 Haslam is a recognisable face, having been a presenter for the BBC. She has now turned her efforts to promoting and aiding individuals in their visibility and confidence. In her new book, she recognises the difficulties of making space for your own voice in the world today. It can seem intimidating, and a little bit futile, to try and have a presence in our social media savvy world.

Haslam provides tips for self-presentation, accessing platforms such as broadcasting and generally boosting your visibility in the world. The idea of the book is: ‘get known for what you do’, whatever it is that you do. There are plenty of people in society, and probably people you yourself can think of or might know, who occupy the space of ‘being a little bit famous’.

It isn’t all that easy to keep up your own profile even once you’ve promoted it to a satisfying degree, which is why visibility is such a core part of being in the public eye.

As a student, you’ve probably had a situation that has required you to speak in front of a group, big or small, and you’ve maybe stumbled through it, or hit your stride. This might indicate whether you want to pursue a career partially in the public eye, but it might not. Whatever career you want to pursue, an element of public speaking is inevitable.

As a motivational speaker, Haslam provides plenty of tips in her new book on what to do in such a situation. You can never have enough tips when it comes to public speaking. If you think there are elements to your public profile you’d like to build on, Haslam’s book isn’t such a bad shout.

Further, proceeds made from the book will be donated to a local Mancunion charity, Coffee4Craig. This kind of cross-purpose collaboration is quintessential to our Manchester spirit. The CEOs Risha and Hendrix Lancaster joined Haslam at the book launch, joining a panel on which they spoke about being in the public eye. Media appearances are part and parcel of their role in charity work, for funding, raising awareness and getting the word out that their services are available for those who need them.

Penny Haslam’s Make Yourself a Little Bit Famous was published on November 5th and can be bought in-store and online. For further information on Haslam’s background you can check out her website.