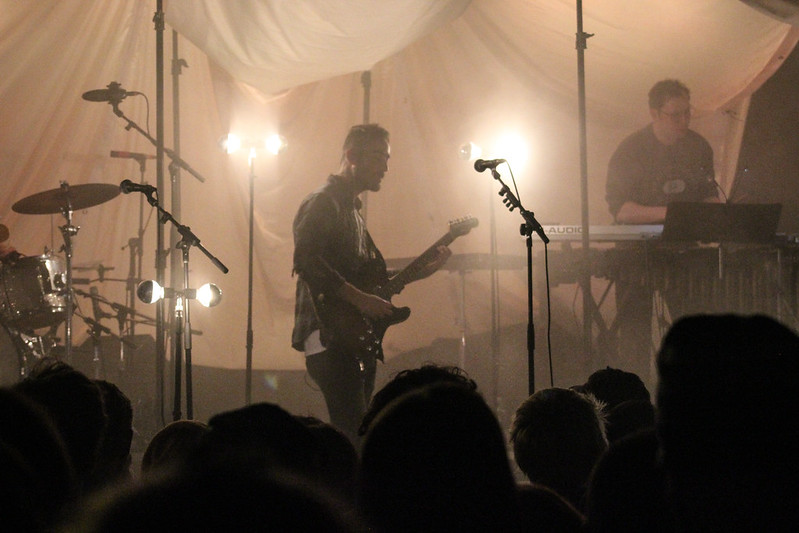 How best to describe American Football?

Well, for many this band could be seen as obscure or even abstract, naming themselves after a sport characterised by jocks and brutality. The reality is that American Football are probably the furthest thing from those ideals.

American Football were formed by ex-members of some of the ’90s emotional hardcore scene’s greatest exports, including Cap’n’Jazz, and, drawing from the more relaxed side of this genre, have retained a focus on song-structure rather than angst. With their developing riffs, extended drum fills, and thoughtful lyrics, American Football are a band that many emotional and introverted souls may be moved by.

They came onto the stage humbly, a bright orange beanie shone as they began, and clean, reverberated chords filled the air. The entire set, from beginning to end, was tight and beautiful — the brief bantering moments between the members showcased the calmness and repartee of a truly professional band. They only seemed to be concerned with the music they were producing and did so without any ego at all; it seems this is only really found at smaller more intimate shows – the best way to experience this type of music, in my opinion.

Another interesting quality to the night, and a special one at that, was the use of a glockenspiel onstage, which added a serene, yet whimsical, aspect to the soundscape. A rarity at gigs, it added another dimension to the sounds and sweetened the areas where the other instruments didn’t, or couldn’t, go.

Throughout the first half of the set, the entire band got tighter with each song, discovering new depths to the songs in the process. It is often said that music is an expression of oneself; in this case, American Football captured a good flurry of emotions and it was evident on the faces of the audience that this was done well.

The music was complex and contrasting, from the drummer’s expressions and phrasing to the subtle and muted bass lines. Each song showcased a different emotional thought; even during their swansong of the night, ‘Never Meant’ (which the audience cheered loudly for) people were swaying and nodding — there wasn’t any place for aggression or irritation. It was a very relaxed yet thought-provoking set.

The set was punctuated with good moments of humor and comradery, as it was announced several times that it was Cory (the xylophonist’s) birthday; he was either smiling or lost in the depths of changing his percussive beaters. They indulged in multiple shots of Jameson whisky whilst the Northern crowd enthusiastically cheered happy birthday. Certain songs stood out with particular grace, notably ‘The Summer Ends,’ which was an amazingly composed tale narrating the end of a relationship, with even deeper meanings to be found with each new listen. It’s a song that leaves the listener in remorseful awe.

With a ‘slower gig’ such as this one, being able to keep the audience’s focus is quite a feat. The only time that my eyes were not on the stage, were either to look down in solemn thought or to close my eyes and have moments of my own life aptly soundtracked by them.

At the end of the night the band simply placed their instruments down after giving thanks to the crew and venue and waved off the stage, giving a small anecdote about how they were thankful that they were “woken up everyday to do something they didn’t think they’d still be doing at their age.” I felt that was a lovely, humble ending to a sterling set from a down-to-earth band. I hope to see them again in soon. 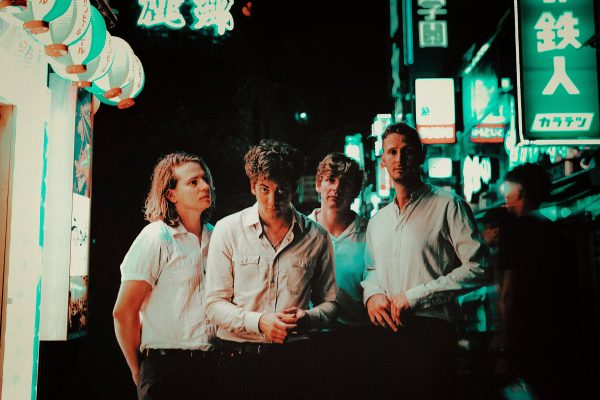 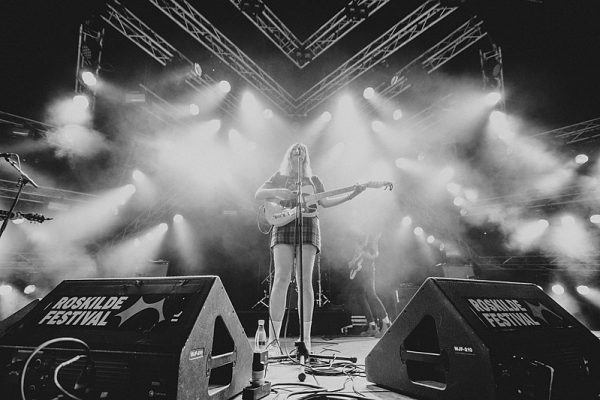 Opinion: women are still overlooked in the music industry