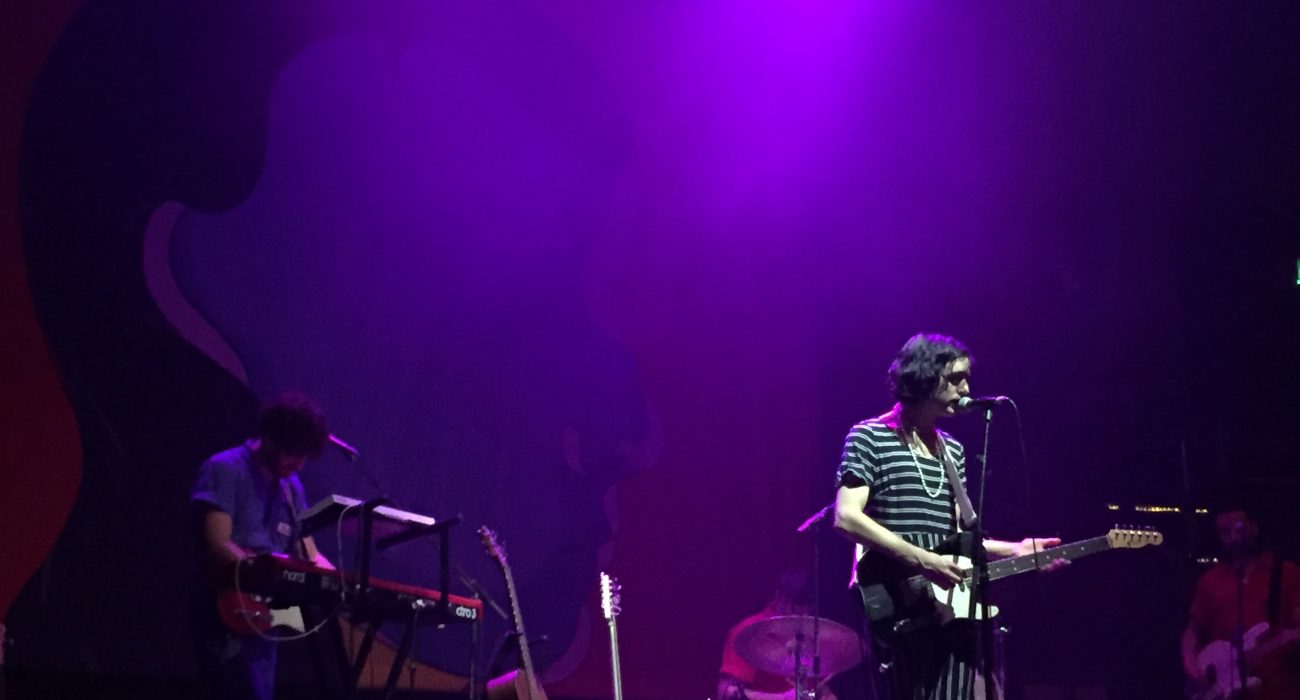 Ezra Furman and her band stopped by the Albert Hall during their European Tour. With only four stops in the UK, the gig was highly anticipated, to say the least.

Opening with ‘Suck the Blood From My Wound’, a single from Transangelic Exodus, Furman started strong, bringing intensity right off the bat. A highlight of the performance was the more stripped back ‘I Wanna Be Your Girlfriend’ which came as a pleasant breather halfway through the gig.

As the gig continued, a few members of the audience at Albert Hall noticed the absent saxophonist Tim Sandusky who contributed massively to the smooth and melodic sound of Furman’s earlier music. His absence did take away an aspect of the band’s live performance, as he played a key role in helping to fill out the band’s sound. However, the band were still able to create a seamless flow between new material and older hits. The whole setlist was met with an enthusiastic reception from the crowd, proving that the loss of the saxophone was not felt massively and that fans have joined Ezra in appreciating angst-driven rock ‘n’ roll.

Her 2019 release Twelve Nudes was a self-declared punk record. Ezra Furman made the influences on her recent music very clear by covering ‘Police On My Back,’ a song written by The Equals and transformed into an anthem by one of the most important bands in the emergence of punk rock music, The Clash – a band which Furman clearly has an affinity for, declaring “Joe Strummer, I love you” before launching into the ferocious cover.

Akin to The Clash, Ezra Furman does not shy away from getting political. During banter with the crowd she made blunt quips about the need for international corporations to take responsibility for the climate crisis. Furman’s penultimate track before the encore was ‘Evening Prayer aka Justice’, which hinted to the likes of Greta Thunberg and her movement in the first verse by declaring “The kids are getting started/They’ve only just learned how to howl”. Furman’s delivery of these lyrics spurred political participation from her fans with a passion that left a lasting impression by belting out “tell ‘em E Furman sent ya”. This proved that her voice is perfect for the newer material, which comes across more aggressively but still remains unique in tone.

A personal political statement punctuated the performance in the last song before the encore. Ezra ripped down her jumpsuit with ‘trans power’ written in lipstick across her torso. An artist who has so openly shared her journey with fans, she frequently documents her attempts to conceptualise her own gender identity in lyrics and interviews. This honesty with fans has in no doubt created a safe space at her gigs, with a diverse and inclusive crowd filling out the Albert Hall.

Ezra Furman played an impressive 22 songs throughout the gig, not shying away from older crowd-pleasers like ‘My Zero.’ Overall, Furman’s live performance was remarkable.