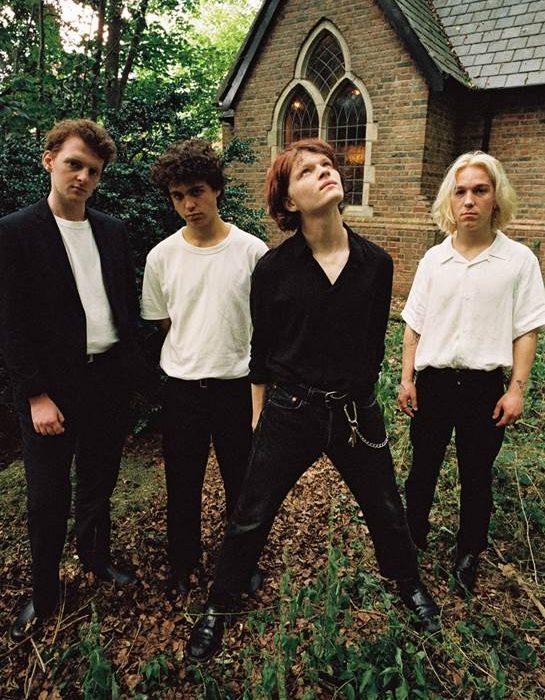 There is something weirdly unsettling about King Nun’s debut album. Whether it is the jarring harmonies or syncopated basslines, it doesn’t sound like it should work. Although, undeniably it just does.

All elements of the London four piece’s first outing merge together to produce a jagged wall of sound, forming something surprisingly pleasant. From the driving chords of the opener, ‘Mascara Runs’, to the closing notes of the pseudo-summery, ‘A Giant Came Down’, the album is reminiscent of Nothing but Thieves, albeit with a harder edge.

Several songs on the album immediately jump out, with ‘Low Flying Dandelion’ being a personal highlight. The song is powered forward by its off-beat bassline and manages to encapsulate the feeling of three songs packed into one, using frequent key changes to instil excellent variety. Other stand-outs include ‘Mascara Runs’ and ‘Chinese Medicine’, two of the heavier numbers from Mass. But not every track is a winner. Some of the later efforts, such as the plodding ‘Sharing a head with Seth’, is a little less interesting than the rest of what is on offer here.

As Mass progresses, the majority of the later tracks highlight one of its key flaws. Although King Nun have crafted a sound that is unique and engaging, past a certain point, many of the less vibrant offerings blur into one. This makes it hard for you to be fully absorbed by the album for its entire run time. Even after several listens, I still can’t fully differentiate between several songs from the tail end of it. This isn’t to say that these songs are bad, per-se, but they struggle to find their own identity within the rough noise of the rest of the album.

Underlying Mass’s perhaps inconsistent quality, is an intriguing, venom-fueled bitterness that takes indie-punk themes and twists them into something wholly original. Lyrically, there are some dark undercurrents to the ragged guitars and vocals. ‘Black Tree’ paints an interesting picture of depression, whilst the aforementioned ‘Chinese Medicine’ tells the story of a man bashing his head open on a curb. The dark stories told here draw parallels with some of the Cure or Radiohead’s heavier work, although perhaps lacking the artistry of their entries.

Lead singer Theo Polyzoides brings a surprising weight to these themes, despite the band’s youth. These themes, combined with the music produced as a whole, allow some of the better tracks on the album to truly elicit a sense of dread, one I don’t doubt was fully intended.

King Nun’s debut perhaps isn’t the most solid album, with very evident highs and lows, but it certainly stands out from the crowd. For the most part, the unorthodox sound crafted by the band is at the very least entertaining, and when it reaches its highest highs, it is thoroughly gripping. Regardless of any misgivings I may have, Mass shows that King Nun are determined to carve out a novel path within the genre, and I for one look forward to seeing where this takes them.