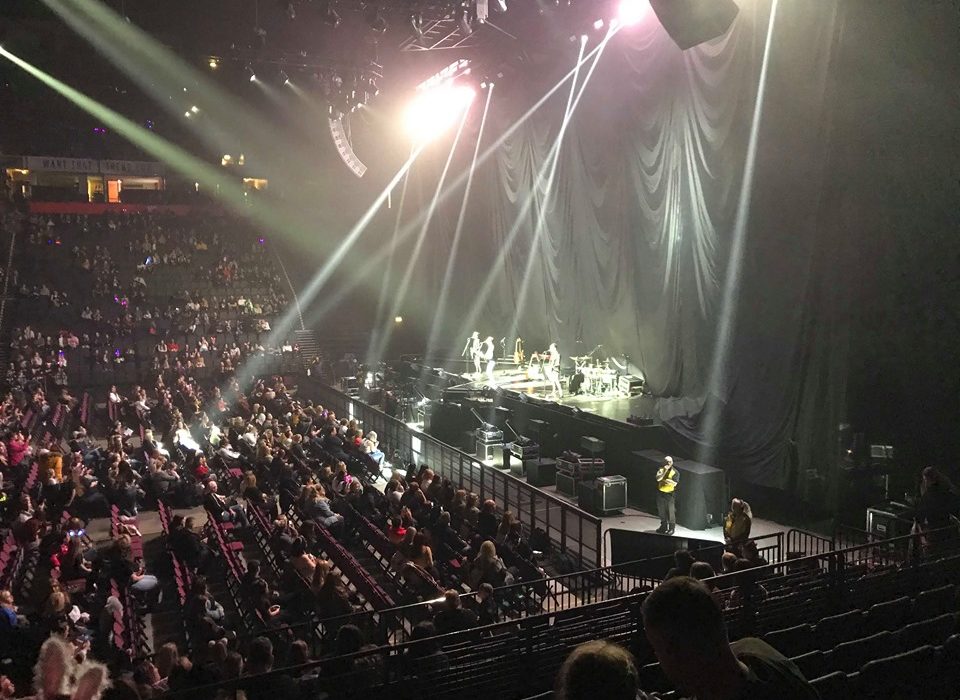 British boy band New Rules and singer-songwriter Mae Muller performed as support on the British leg of Little Mix’s LM5 tour. The 14th of November was the first of three nights at the Manchester Arena and will have been the largest audience that either act has performed to.

It was probably for this reason that the three-piece, guitar playing New Rules started off a little nervous. Their opening song, an original entitled ‘Call It’, was a little flat but still a catchy, light-hearted pop song that got the crowd on their feet. The band made a real effort to make the performance feel a little more personal, with each member introducing themselves and talking to the audience.

It was clear that not many people watching were aware of the band before, so their decision to include some covers, such as Dominic Fike’s ‘3 Nights’, was the right decision as it allowed people to sing along. The crowd’s reaction allowed New Rules to become more comfortable on stage and gain confidence, their vocals vastly improving. By their final song, their biggest hit ’24 Hours’, they were performing much less like a support act and more like an established boy band who knew their sound and were excited to be sharing it.

New Rules’ supporting of Little Mix, where a vast proportion of the audience was below the age of 12, and consistent promotion of their TikTok, made it obvious that they are trying to present themselves as the next generation’s heartthrobs. However, in doing this, they put themselves at risk of isolating those slightly older in the audience who would arguably be more able to spend money supporting them or attending their headline tour next February.

The second supporting act of the night was Mae Muller. Her songs have strong themes of female independence and feminism, so her support was very fitting to the LM5 tour’s empowerment message. The highlight of her performance was the unreleased song entitled ‘Therapist’, which is about how it is not a woman’s job to help fix her boyfriend, and her comments about her own experiences between tracks made the whole set much more personal.

Her most successful track ‘Anticlimax’ ended what was an exceptional vocal performance perfectly, setting the audience up for the main event. The only downside was that the style of music, a slower pop reminiscent of Jorja Smith, was maybe not entirely fitting for a large arena venue.