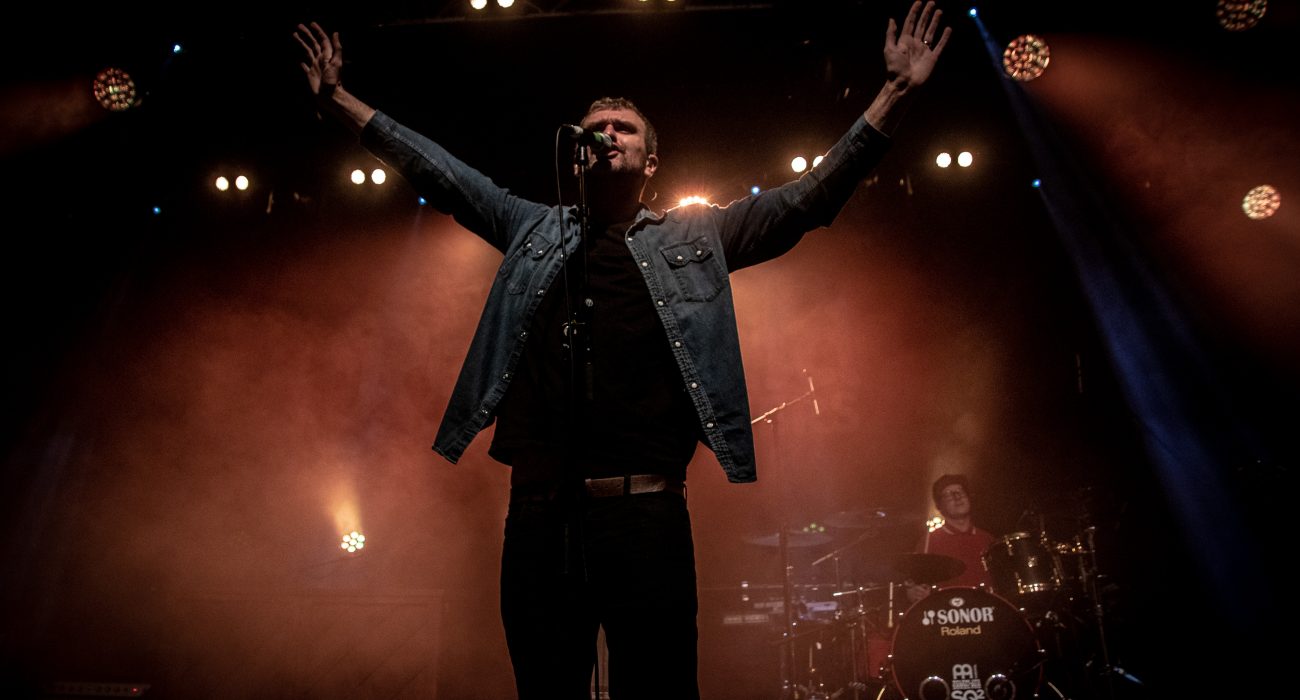 Live Review: Reverend and the Makers at Manchester Academy

Before the show had even started, the warm-up music was filled full of classic tunes, from Avril Lavigne to the climax of ‘Don’t you want me’ by The Human League, which sent the crowd into a frenzy – everyone was excited and raring to go.

The set opener, ‘The State of Things’, a song about cheap booze and domestic abuse, set the standard for the noise level from the crowd. The lead singer, Jon McClure (also known as The Reverend), showed off his energy from the offset, jumping around stage and orchestrating the synchronised jumping from the crowd to perfection.

The visuals were simple, with just the bands logo draped behind them. It was just the band, the music and the fans, without the complex videos and the giant screens that many bands now adopt. Standing in the crowd, you feel yourself being drawn into the bands performance rather than being distracted by whatever is happening in the background. 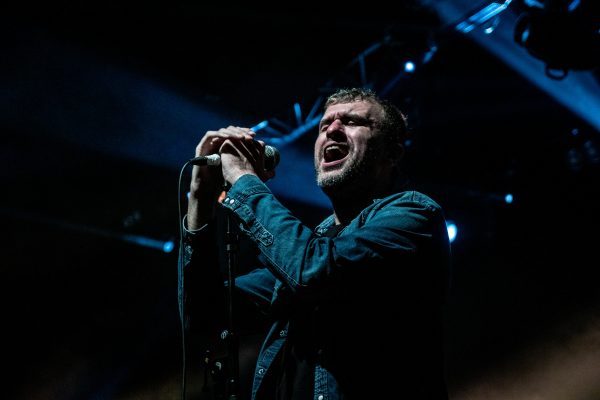 One theme that runs through the bands albums is their experimentation with ‘ska’; a music genre that originated in Jamaica in the 1950’s, popularised in modern music by the band Madness in the 1980’s. ‘Miss Brown’ is the bands most popular venture into this territory. With its driving drum beat and syncopated guitar, I found myself dancing away. The Reverend was leading the way, frantically running and dancing around the stage in traditional ‘nutty’ fashion.

Jon McClure has often expressed his interest in poetry and is good friends with poet John Cooper-Clarke, a Manchester icon. As a break from the set, the makers left the stage leaving Jon alone to recite a specially written collaborative poem by the two men. It was a refreshing break to such a high intensity gig, allowing everyone to have a breather before launching right back into, what The Reverend describes consistently as, ‘banger after banger’.

The highlight of the gig must be ‘Shine the Light’, described by the lead singer as “the best song on FIFA”. Opening the song with the words “brothers and sisters of Manchester parish, you are watching Reverend and the Makers”, added to the songs already religious feel. For a few minutes the venue turned into a gospel church, with each side of the crowd being pitted against each other in true pantomime fashion. The crowd responded with many looking to the heavens with arms open for the duration of the song.

‘Heavyweight Champion of the World’ is the best-selling single from the bands first album The State of Things and is always a crowd pleaser. The vocals on this song however disappointed; it felt like they had just given up and were letting the crowd sing the song for them. Jon hasn’t got a powerful voice by any means and much of the music is, effectively, poetry spoken to music. Even with this, it seemed that sometimes he just wasn’t trying to sing the songs. 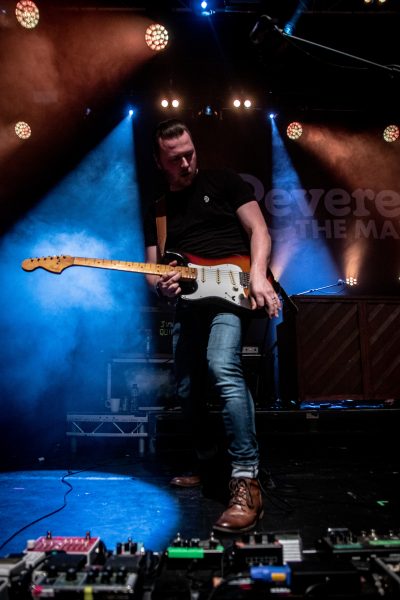 One of the bands classic acts is to finish the show and invite all the crowd outside for an ‘intimate’ acoustic set on the street. Being such a well-known tradition to many of the die-hard fans, the number of people that turned up caused a large crowd outside the venue for another final sing along. I have a lot of respect for bands that add to their shows like this. It gives the crowd something special to take away with them, not to mention the number of fans The Reverend stopped to take selfies with.

Overall the gig was clean, other than the more-than-occasional sound hiccup or loud feedback, which was so often it became noticeable even to the untrained ear. Bands that are this big shouldn’t be having these problems. Couple that with an overly aggressive crowd – there were a few pushing and shoving matches flaring up – that, at times, marred what was a good performance from the band.