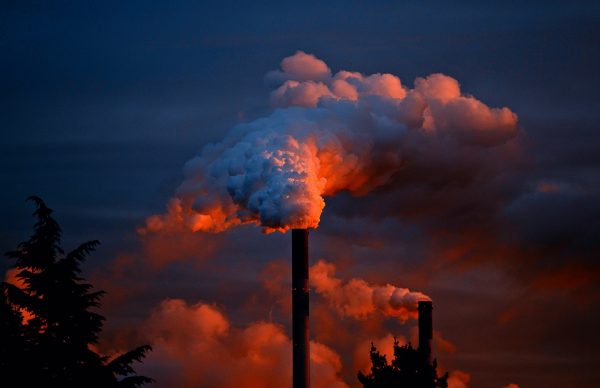 Promising environmental breakthroughs have been made by scientists at The University of Manchester. Two groups of researchers from the Department of Chemistry and Manchester Institute of Biotechnology have developed ways to convert harmful waste products into useful chemicals.

The team from the Department of Chemistry has developed a metal-organic framework (MOF) that can capture the major toxic pollutant nitrogen dioxide and convert it to nitric acid. The MOF, referred to as MFM-520, is a small and very porous three-dimensional structure that can readily trap nitrogen dioxide gas inside.

Nitrogen dioxide is a harmful air pollutant that is released when fossil fuels are burned, particularly from car exhausts. The pollutant is a major cause of bronchitis, asthma, cancer and heart problems, and approximately 1,200 deaths per year in Greater Manchester can be linked to the pollutant.

Alongside removing the harmful pollutant from the air, using MFM-520 to convert nitrogen dioxide to nitric acid could be very profitable. Valued at $2.5 billion in 2016, nitric acid is a high-value chemical that can be used in agricultural crop fertilisers, nylon and rocket propellant.

“This is the first MOF that can capture and convert toxic, gaseous air pollutants into a useful industrial commodity”, said Dr Sihai Yang, a lead author and senior lecturer at the Department of Chemistry.

A team of researchers at the Manchester Institute of Biotechnology have also recently developed a novel technique to produce a high-value chemical from waste products. Using waste plant matter from sugar cane and wheat straw crops, the biocatalytic treatment technique converts ferulic acid to the valuable coniferol.

Coniferol is a chemical building block for everyday products such as fabric softener, flavouring for foodstuffs and life-saving therapeutic drugs. The highly efficient process takes place in a single vessel and increases the value of waste plant biomass 5000-fold. The new technique is a promising alternative route to producing chemicals which are traditionally derived from petrochemical resources.

The production of biofuels, the environmentally friendly alternative to fossil fuels, often produce large amounts of waste sugar cane and wheat straw biomass. The ability to convert these waste products into valuable chemicals offers the potential to increase the economic viability of biofuel-production from plant-based sources. These findings could help accelerate the shift away from fossil fuels to more sustainable and less harmful alternatives.