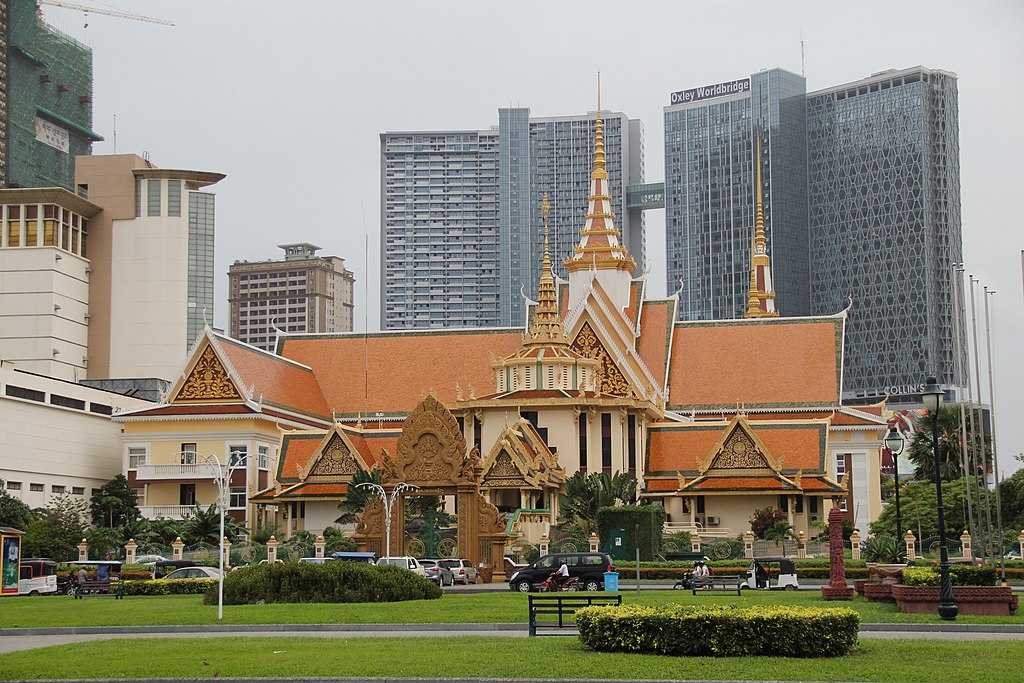 40 years on from the devastating Khmer Rouge, Cambodia’s road to recovery is rife with problems. The country’s government is consistently ranked among the most corrupt in the world – this year retaining its place at 20th – alongside this, the economy falters and it rarely receives Western financial support.

What’s more, the sanctions proposed by the European Union only further threaten any chance at recovery.

On paper these sanctions do make sense; the government has imprisoned an opposition leader for no good reason other than to keep hold of its own power. This is certainly antithetical to democracy, a central tenant of the EU’s philosophy and is a value it must stand in firm defence of.

However, we are not living in a unipolar world and the EU is one of many current global superpowers, meaning any idea of punishment must be levied against the idea that we risk pushing a developing country in the hands of dangerous regimes. As a result, sanctions should not be in the realm of possibility; instead, we should help funnel funds into the private sector of Cambodia’s economy, challenging the dictatorial regime.

It is entirely possible that the sanctions would be devastating for Cambodian citizens. The EU remains the largest beneficiary of Cambodian exports, making the relationship incredibly important for Cambodia, especially as a country that is nominally communist.

Cambodia still has a bitter taste of America, in particular, due to bombing of Northern Cambodia during the Vietnam war, so encouraging free-market enterprise is already enough of a challenge without the threat of sanctions.

In addition, previously mentioned high levels of corruption make the prospect of allowing free commerce, as a means of improving the economic situation, unlikely. However, Western failure in this regard can be traced back to the fallout of the Pol Pot regime and our inability to rebuild the country. Understandably, the United States had a preference to stay out of rebuilding Cambodia, due to its close ties with Vietnam, and Europe was not the cohesive unit of the EU at that time, so support mainly came from the United Nations.

This almost mirrors the current situation as the less help the country gets, the more likely it is to move towards a close relationship with China. They have consistently and aggressively shown a desire to prop up the current Cambodian government, in exchange for the ability to build businesses in places such as the coastal town of Sihanoukville. This directly undermines the ability of the Cambodian people to rebuild, instead funnelling money towards the Chinese government.

Instead, we should look at building upon the private sector in Cambodia, ensuring safe working conditions. Britain alone must look into expanding its foreign aid budget within this area and look at investing in smaller businesses within the country, in an attempt to balance power between private citizens and the government – something severely lacking in the current political situation.

Avoiding sanctions with Cambodia would, of course, be beneficial to the rest of the world as well. Creating a strong allegiance with the country and ensuring liberal values would be emblematic of what countries in that region could achieve.

Providing free speech and private property rights, in conjunction with preserving the social fabric in the country, could lead to them being a bastion of freedom in the region – reminiscent of Hong Kong and Singapore – all whilst dramatically increasing living standards.

What remains the stumbling block for this, however, is the corruption of a government who have no intention of letting go of power, still clinging to the horror of the Khmer Rouge regime.