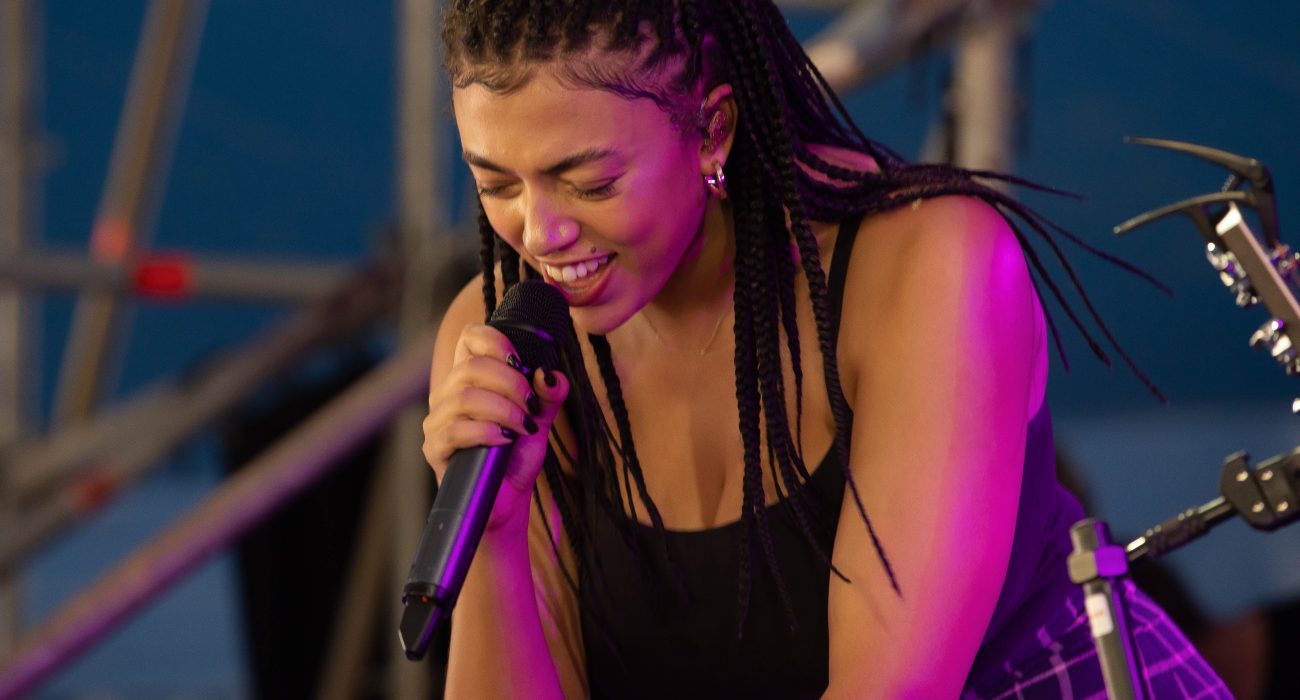 Following the release of her debut album Love and Compromise, the up-coming artist Mahalia gifted us with a tour of her exhibiting her wonderful talents.

On the 21st of November, she performed at Albert Hall, Manchester to a crowd of mainly female fans who were there for an evening of empowerment and to sing their hearts out. She kicked the concert off with coming on ten minutes earlier than expected; opening with, expectedly, her first song on the album ‘Hide Out’. This was followed by ‘Do Not Disturb’, one of Mahalia’s extremely popular singles released prior to her album with almost twelve million listens on Spotify, making the audience very excited for the set ahead of them.

“For those of you have seen me live before, you know I’m a talker.” I couldn’t have phrased it better myself. She told us about how she had tonsillitis, however made it clear she didn’t believe cancelling the show was an option for her. As someone who has seen her before, the tonsillitis did by no means affect her voice. She carried an incredibly soulful and passionate performance despite her illness.

Before almost every song, Mahalia provided an anecdote of her inspiration behind writing it; there were no boundaries or secrets between her and the audience. She even mentioned at one point that she was annoyed her stage wasn’t close enough to the front of the audience. This added an incredibly wholesome and personal vibe to the evening and at one point an audience member was ill and she took her backstage, stopping mid-way through a song.

One thing I noticed was how the majority of her anecdotes were about how boys had mistreated her. She was telling us ways to stand up against men which was greatly received by all the women in the crowd. Although the majority of her listeners are female, there was still a significant amount of male audience members which she potentially could have addressed a bit more. It did feel like a slight attack on them, instead.

Mahalia played all of her hits, including ‘Sober’ and ‘17’ and through the encore performed her most well known and loved song ‘I Wish I Missed My Ex’ which was the perfect way to end her concert. Her vocals were outstanding and smooth, she was confident and sounded just like she does in her audios.

Ending on a positive note, which is how I felt after leaving Albert Hall, Mahalia is a sensational performer and really knows how to connect with the audience. She is a great role model and is doing very well for herself at the tender age of 21.