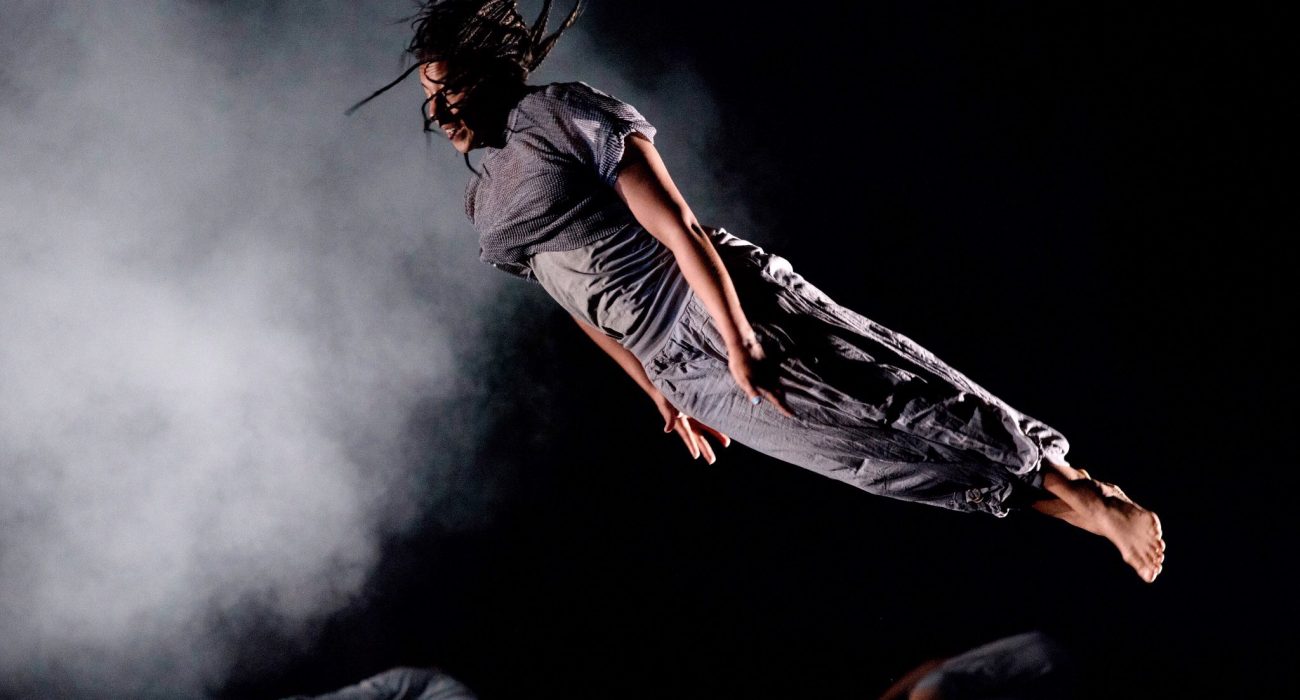 “You may shoot me with your words,

You may cut me with your eyes,

You may kill me with your hatefulness,

These four lines in the sixth stanza of Maya Angelou’s stirring poem ‘Still I Rise’ have been a quintessential part of my life. When I felt defeated, when it seemed like the world was working against me, when I was powerless, I always remembered these words and repeated them like a mantra. I discovered Angelou when I was just a young girl looking for reassurance in poetry and novels.  To this day, like many women, I still turn to this poem for empowerment, hope and to take back my power.

When I heard that Tribe// was going to take on this poem I immediately asked to review it. Even though I have never really been a contemporary dance type of gal I went with the hopes that the interpretation was powerful enough for me to see Angelou’s infamous words solidified in front of us.

Tribe// Still I Rise was inspired by Maya Angelou’s timeless poem. The sixty-five-minute single act was conceptualised by Victoria Fox, who created an intricate choreography that was divided into a series of sequences, marked by quick costumes changes and a score that ranged from intense strings and classical arias to pounding beats.

The piece was brought to life by five female performers. They danced in formation, exploring the full range of their strengths and weaknesses, both physical and emotional. They dwelled upon the subtle and extreme, the powerful and the weak. They used intricate, daring and defiant movements, attempting to reflect the duality of the poem. At times the atmosphere was energy-packed, defiant and aggressive. Then it simmered down, giving the audience a feeling of surrender and exhaustion.

The women then paired up, catching each other as they jumped in the air. There was a sense of trust, support and understanding as they mimicked and complemented one another. The connection and sheer strength shared between the dancers was palpable. It was a beautiful imagery of female intuition, kinship and empowerment. And for many in the audience, one of the highlights.

Overall, the piece was very straightforward and simple, which is both good and bad. On one hand, as an audience member, whether you were familiar with the poem or not, you could understand and interpret the story the dancers were telling. Tribe// did an amazing job at capturing the narrative of overcoming struggle. They showed the process of falling, failing, being defeated and powerless, yet despite it all, rising up. However, I was left wondering the purpose of using the source material at all. Was it used to attach itself to a more popular piece? Was it really necessary? Was the piece making sense because I knew the poem by heart? Or would I have still gotten it if I didn’t know the poem? Probably. I think the message they conveyed was common enough that with or without the poem it would’ve made sense.

I felt that it was a very holistic and literal interpretation of the poem. Yes, we as women ‘still rise’ in the face of subjugation. But the poem is so much more than that. So, for me, the choreography, while very complex and visually impactful, did not fully translate the complexity and depth that Angelou so clearly captured in her stanzas.

Still I Rise is not just a poem but a hymn to the oppressed and downtrodden. It’s a rallying call. A beacon for emancipation. And while this message of hope is indeed universal in its appeal, particularly for women and minorities, the poem has some stronger undertones that call back to times of slavery and civil rights. It’s transcendental that we remember that Angelou not only writes as a woman, but as a black woman. This ties together the significance of the verses, clarifying that it’s not just an anthem of hope, but a psalm that breaks the chains put by masters and racist laws. Thousands of art products convey the global idea of standing up 8 times, after falling 7 times. What distinguishes Angelou’s masterpiece is the historical meaning emanated by her verses. I feel that this is what Tribe// forgot.

Regardless, I think Tribe// rendered an intrinsic imagery of thriving despite adversity. They gave a message of women enabling and supporting each other in an era that this visual is needed.