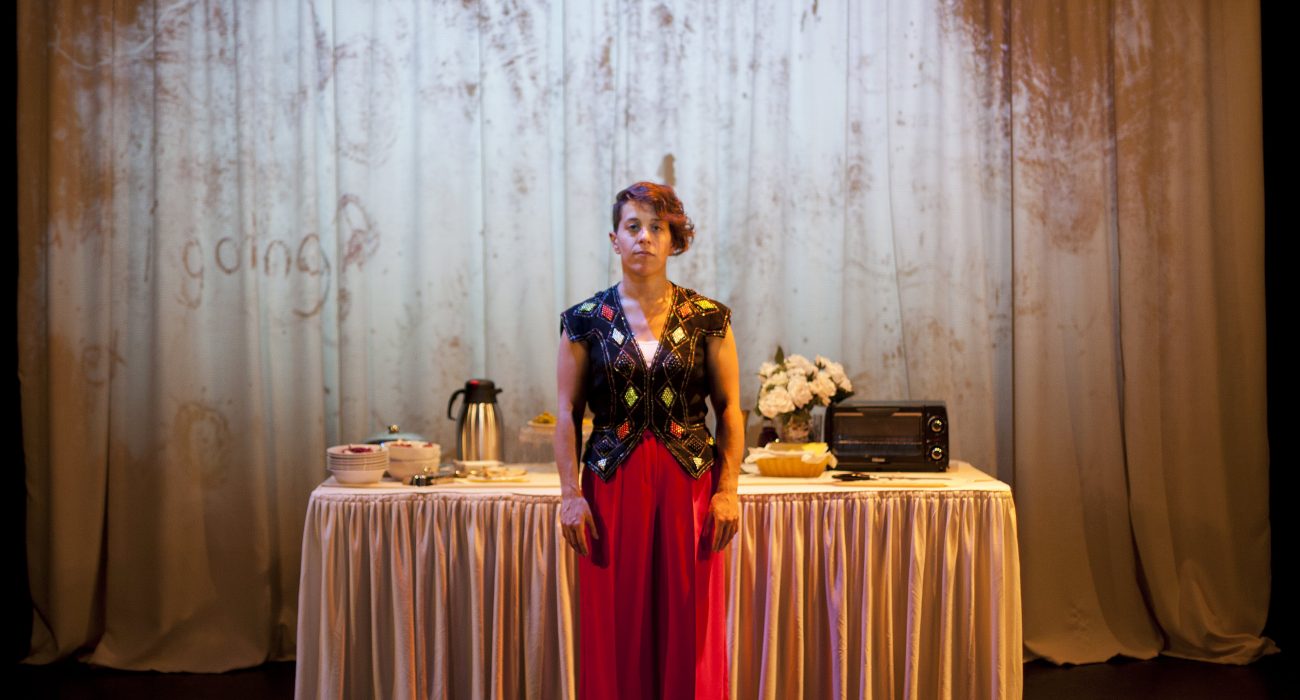 Bluma and Isaak were never interned in the camps, but they were still survivors. Tamara was born forty years after the Holocaust, but in many ways, she is also a survivor.

For most of her life, the Canadian theatre-maker Tamara Micner has been a “Holocaust avoider”. She learnt to tune out her Jewish family’s involvement with Holocaust conventions, Holocaust book clubs, and yes, even Holocaust brunches. So when Tamara was approached to tell the story of Bluma and Isaak Tischler, grandparents to her friend Yael, she was initially hesitant. “I didn’t wanna go there, you know?” she explains with a sheepish grin.

But go there she does, with honesty, defiance and beigels. Holocaust Brunch is the result of a creative process of healing and of taking ownership of an inherited trauma—even if she’d rather not have to.

From a young Isaak Tischler throwing textbooks at antisemitic bullies, to the millions who survived annihilation by any means possible, Tamara subverts a narrative that depicts Jews as passive victims of the largest genocide in history. With vehemence and fierce humour, she honours her ancestors’ fight for their lives.

The Tischlers reached Canada after spending most of the war in the Soviet Union. Like many Polish Jews, they survived Hitler’s invasion by fleeing eastward, but left behind friends and family whom they would never see again. Upon arrival in the Soviet Union, Isaak was conscripted. Luckily, a hand injury released him from service, allowing him to fulfill a lifelong dream of attending medical school.

It was there that he met Bluma, a gifted student who would later become a clinical professor at the University of British Columbia. The author of 35 papers, she won numerous awards for her contributions to medicine, and a postdoctoral fellowship was established in her name at UBC.

Bluma recounts part of this story herself, in a recording which only two people in the world have heard in its entirety. Part is read out from a big blue book that is Isaak’s unpublished memoir. The rest is recounted by Tamara.

As Tamara talks, she ties strings of colourful ribbon together, calmly and methodically. In the Jewish Kabbalah, knots signify relationships that have been broken, then repaired through reflection and introspection. For instance, the ties that were severed during the Holocaust, or Tamara’s relationship to her family history. “Why did all these strings break in the first place?” she wonders, “And why do I have to bring them back together?”

Every once in a while, she puts down the strings and sets a scene for us, an anecdote from her one life. She is eight years old, and tattoos, with marker pen, a series of numbers on her arm. She is in Berlin for a wedding, and the sight of uniformed police gives her a panic attack. She is in an extermination camp in Poland, and, for the first time in her life, she “looks the oven straight in the eye.”

Tamara did not survive a genocide, but she will spend her life surviving its aftermath. She’s funny, uncomfortably so. She feeds the audience beigels (which we goyim know as bagels) and orange juice ‘traumatinis’.

She pokes fun at her family’s obsession with the Holocaust. Sometimes this cracks us up, other times, we chuckle half-heartedly. It is Holocaust Memorial Day, after all. We’re not exactly in a laughing mood.

Holocaust Brunch will play at Brighton Fringe 6th-10th May, with more dates to be announced. 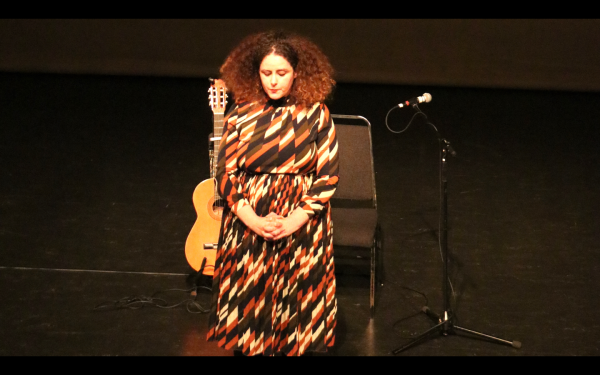 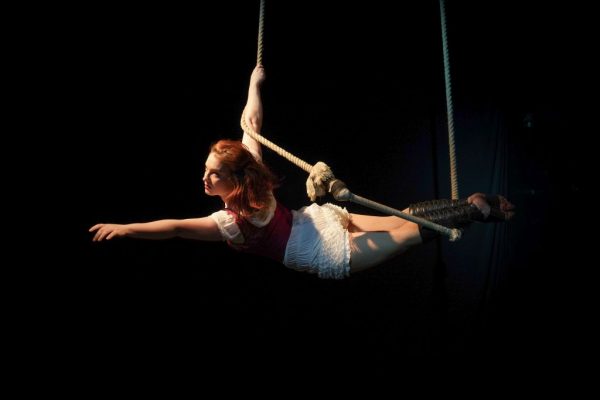 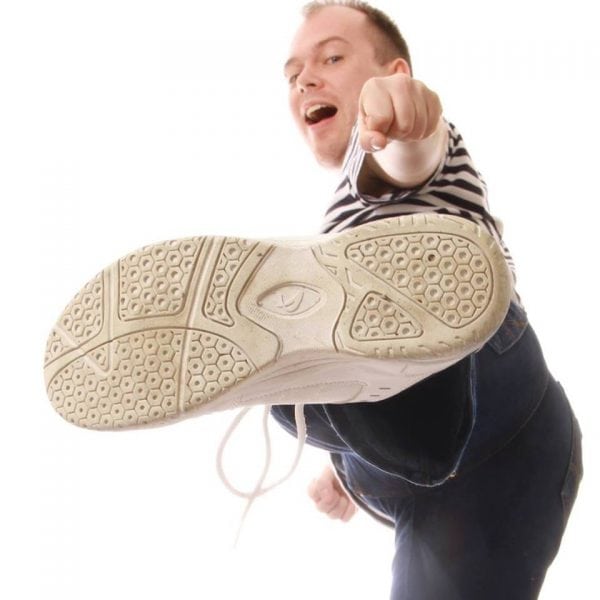