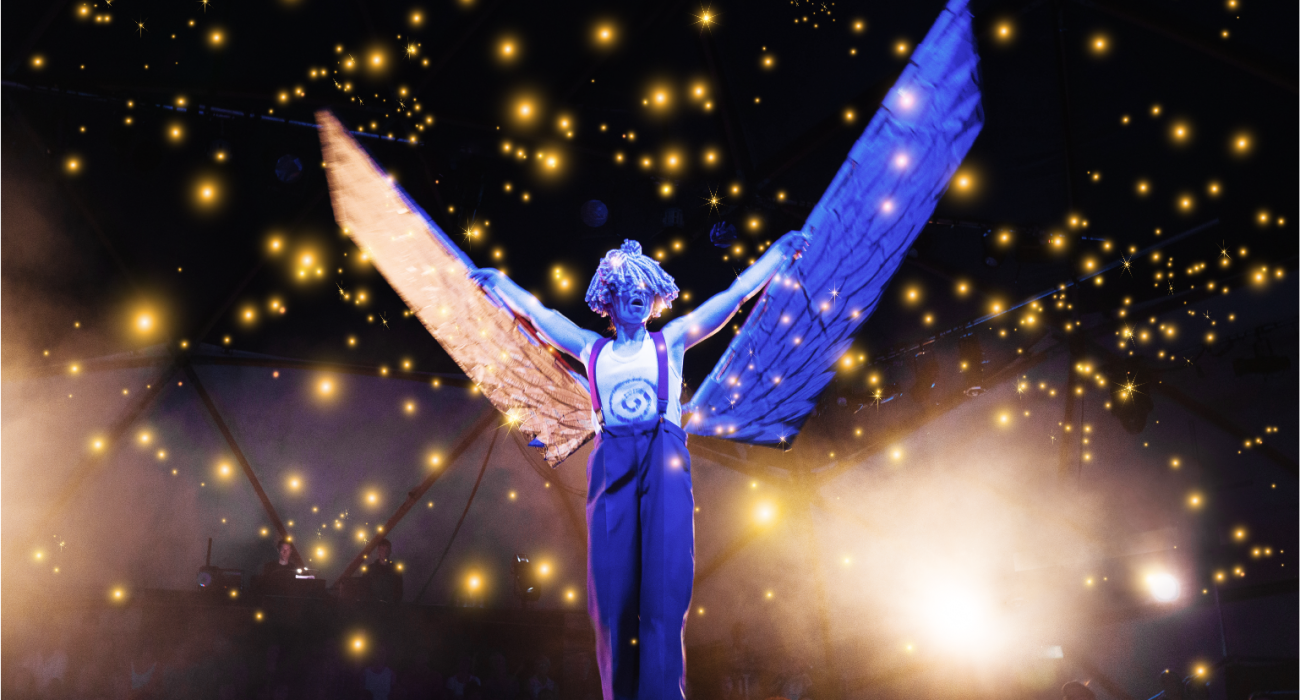 As a precursor to this review, I have to say that Ubu! is my favourite play, and Kneehigh is my favourite theatre company. When I heard that Kneehigh were touring their sing-a-long production of Ubu, I was ecstatic, so my expectations for this production were insanely high – and, by God, did the show live up to them.

Kneehigh go to incredibly complex methods to ensure that the environment created for their audience is perfect, which ensures that the audience feel comfortable enough to get involved in the performance at the points they are required to.

When I walked into the theatre, there was the instant wash of joy that fell over me; a company-member collared me and taught me how to make a streamer, and then I wandered over to the in-theatre bar to grab a drink. Before the performance started, an announcement was made by Jeremy Wardle, the host, informing us to keep our phones on throughout the performance and encouraging us to take as many videos and pictures as we wanted to.

Through all of this pre-show influence, the audience’s expectations of traditional theatre forms were completely subverted, leaving an uncertainty in the air for when the performance started.

The play, in simple terms, is about chaos, greed and lies – and Kneehigh communicated these themes with such fun energy that the audience found themselves on the side of Ubu, the ultimate fascist.

Of course, this was the whole point of the show, to prove how easy it is to influence the population into supporting an objectively bad person, however, I did find in some places that this aim took precedent over telling the story. Some key plot points became a little bit lost in the performativity of it all, however, this was made up for by the outstanding performances of the cast.

The standout performance was that of Mr Ubu himself, played by the incredible Katy Owen. Owen completely encapsulated the character of Mr Ubu and let him take over her body in such a way that there was absolutely no doubt that this character was real, no matter how ridiculous.

Paired with the wonderful Mike Shepherd playing Mrs Ubu, the couple managed to drag the audience on to their side – making them ignore their gruesome murder of President Nick Dallas (played by Dom Coyote) and the wrongful imprisonment of Bobbi (played by Kyla Goodey).

At first, I wanted to question the choice of having Mr Ubu played by a woman, however, after the first moment of seeing Owen on stage, I completely understood that the choice was not one of subversion, but of who was best to play the part.

A further shoutout needs to be made to Kyla Goodey, whose portrayal of the grieving Bobbi was in equal parts hilarious and masterful – her characterisation was spot-on, and she never missed a beat with the audience.

Kneehigh’s Ubu! was an absolute joy to not only watch but also be a part of. They once again exceeded my expectations, and I look forward to seeing whatever comes next for them.