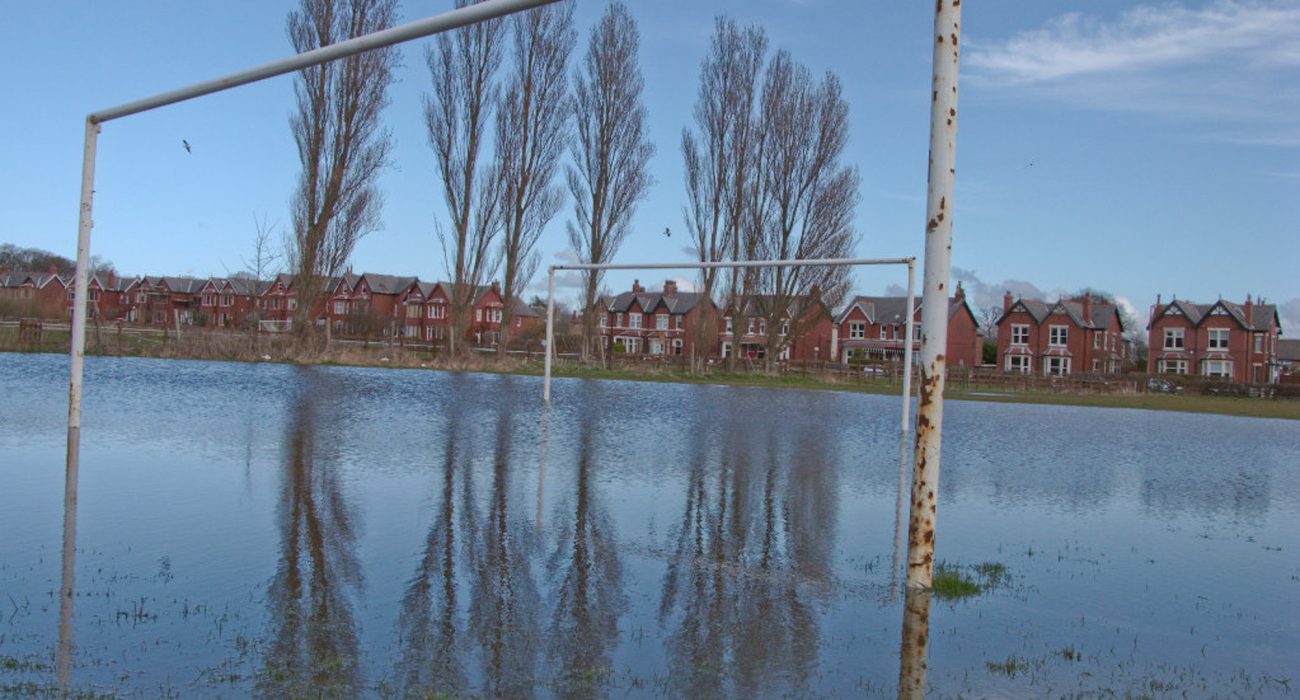 Sunday the 9th of March saw Manchester enter the eye of Storm Ciara; a tempest that engulfed the North West in a whirlwind of hail, rain, and dizzying eddies of wind. Described as being the “storm of the century,” it is highly suggestive that Storm Ciara is a symptom of the current climate emergency.

Kam Sambrook, a climate researcher at the University of Leeds, told the i newspaper that: “The bottom line is that climate change and with this warmer atmosphere we are going to see more extreme rainfall events like Storm Ciara.” Not only did the storm shine a light on people’s inability to pronounce the name ‘Ciara’, but the storm caused widespread disruption to the sporting world.

The most high profile sporting fallout from Storm Ciara was the postponement of the Premier League clash between Manchester City and West Ham. These teams, however, will both go on to play another day in their plush modern stadiums.

Lower league teams, however — and teams who do not have the financial muscle of the Premier League — will be decimated if weather events like Storm Ciara are a more regular occurrence. Take Wisbech Town FC, for instance, whose ground was battered by the storm, leaving the club needing £20,000 — money they do not have, and nor do many teams at their level — to rebuild the ground. Spencer Larham, club secretary, said the stand was “basically written off”.

From a sporting perspective, the logistics of global football shares a large part of the blame for the contemporary climate emergency due to a series of irresponsible — and controversial — decisions.  For instance, the 2022 World Cup will see the number of teams competing rise from 32 to 48, consequently leading to an unnecessary thrust in air pollution as football’s carbon bootprint continues to snowball. Not only is the 2022 World Cup controversial enough already, due to the allegations of Qatar being a modern slave state, but the climate of Qatar has forced the World Cup’s date to change to November, during the country’s ‘winter’.

Despite this, outdoor air conditioning will still be a necessity in Qatar, meaning that the stadiums they have built especially for the tournament have been designed with air conditioning panels underneath the seats, further increasing the need to burn carbon dioxide emitting fuels. According to the World Bank, Qatar is the largest per-capita emitter of Greenhouse gasses, and consequently, things do not look as though they are going to cool down any time soon. Though in December 2019 the United Nations urged sporting bodies to do more to combat global heating, it seems as though their words have been falling on plugged ears; FIFA’s head buried far beneath the sands of the Arabian peninsula.

For sport, and for football in particular, the climate emergency is not a box that needs ticking but something that should actively be tackled at a systemic level. The sporting world must learn to coexist with the natural world as their relationship is symbiotic: if the sporting world looks after the planet then events like Storm Ciara will just be isolated anomalies and not routine chaos for sport at the lower and grassroots level.  However, it seems as though football is unravelling by its own threads — perhaps the people at the top need to realise that a stitch in time does indeed save nine.