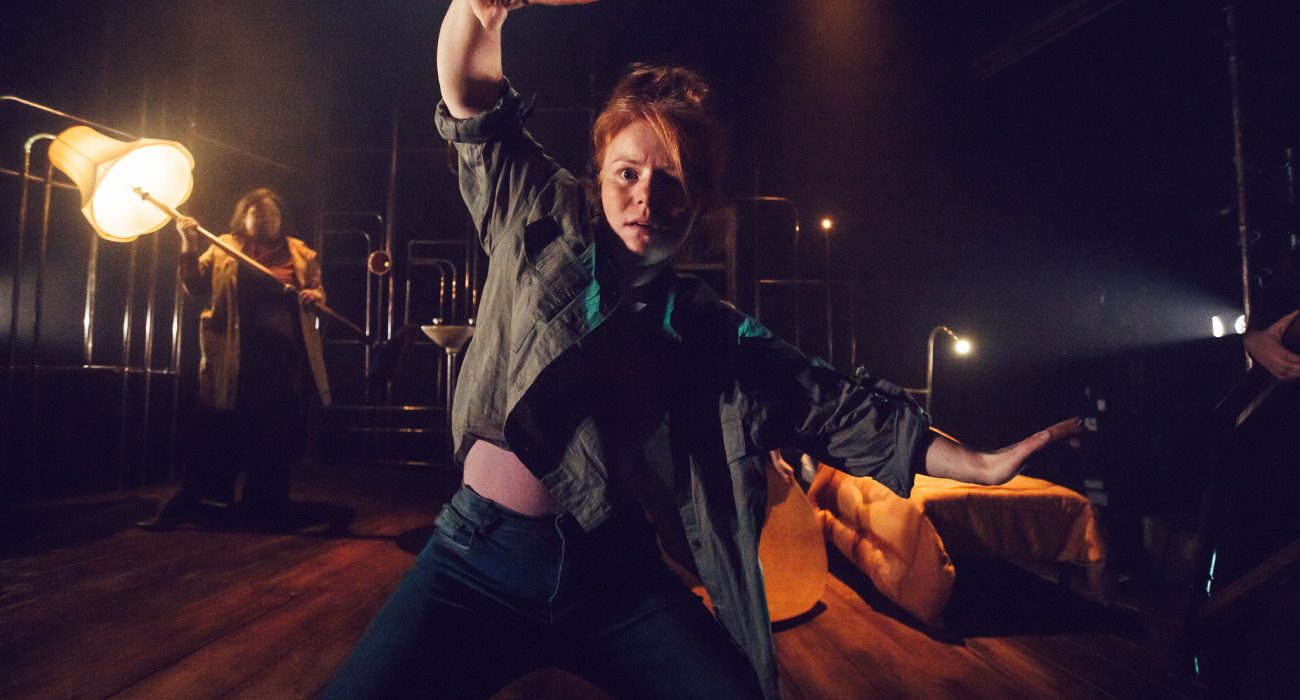 Performed at HOME theatre, A Little Space is a physical theatre production from theatre companies Gecko and Mind The Gap, exploring the concept of space, both physical and abstract.

A Little Space is a conceptual piece, following the lives of five people and their connections to each other. Using movement and dance, the performance explores the contrast between isolation and overcrowding.

The five actors have individual storylines which interconnect and weave together, highlighting their individual struggles. A couple trying to overcome addiction in their relationship, individuals dealing with past trauma, and the desire to be outside, were all explored in relation to the concept of space.

The stage is the first notable thing about this production, tilted to one side and presenting an uneven ground for actors to walk across. Metal pipes create a box-like frame and mismatched furniture decorates the space within it, which becomes reminiscent of an apartment complex. As the play progresses, trapdoors are revealed beneath the tilted stage, emitting a green light when opened and closed. This almost dystopic set design created a creepy atmosphere, setting tensions high from the moment the audience take their seats.

The performance uses the physical space on the stage to represent the personal space of the characters. At times of heightened tension, the actors would move the furniture to close in on a particular character, limiting the space in which they could move. This highlighted how our thought patterns can limit us in reality, and how the concepts of physical space and abstract space are more related than we might think.

This was revisited throughout the performance; the sound and lighting especially added a lot to the creation of different physical spaces on the stage. Partial blackouts where regularly used during scene transitions, limiting what was visible to the audience. When the lights came back up, the space had changed. Furniture has been moved or removed from the area to make it appear bigger or smaller. This was a success of the production, as it was impossible to see or hear the set changes happening even though the actors never left the stage.

A Little Space is a conceptual and intensely thought-provoking piece of physical theatre. With a gripping narrative, the show uses sound and lighting to constantly produce the unexpected, prompting deep reflection on the space we inhabit and our needs, desires, and fears as human beings.