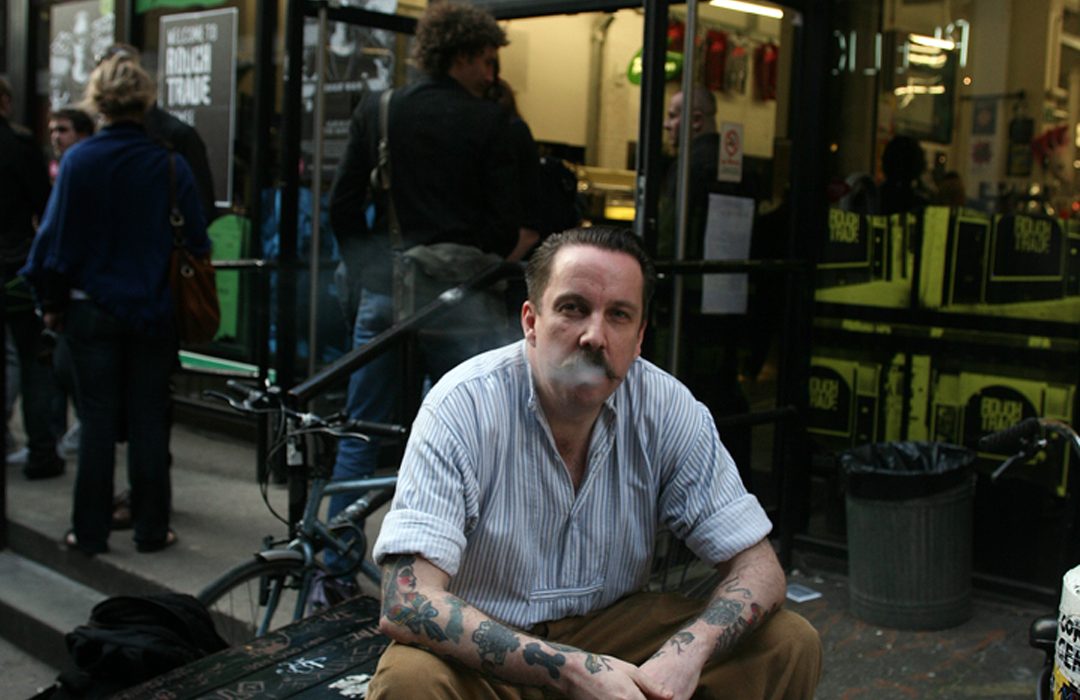 Gilles Peterson tweeted saying it is “hard to put into words the influence and impact Andrew Weatherall has had on UK culture…so sad to hear of his passing.”

Novelist, Irvine Welsh said, “Genius is an overworked term but I’m struggling to think of anything else that defines him.”

These are just a selection of some of the reactions to the death of electronic music’s own man-of-letters and proclaimed swordsman Andrew Weatherall at the age of 56.

Andrew Weatherall occupies a distinct position in British electronic music and club culture. To view him merely as the producer of Primal Scream’s 1991 album Screamadelica is reductive, rather he should be remembered as an arranger of Screams’s raw materials, allowing them to catapult to an untouchable pinnacle as a result of Weatherall’s knowledge of dub and house music’s sonic potential.

He worked alongside New Order and the Happy Mondays — producing a scintillating remix of the latter’s track ‘Hallelujah’. However, although Screamadelica and Weatherhall’s foray into the Madchester music scene was a commercial highpoint.

Andrew was much more than a one trick pony. He was a DJ, a tastemaker, a remixer, a record collector, a selector, a techno cosmonaut, a revolutionary. He signalled the confluence between the vitality of acid house and an emerging post-punk aesthetic and in the process, carved himself a niche as an idiosyncratic figure within underground music.

Weatherall was born in Windsor, Berkshire, in 1963. During his formative years, he spent his time immersing himself in the vibrant ‘funk and soul’ nights littered across the capital city. He eventually left home aged 18 and worked in various roles as a labourer; but it was in 1987, the year he moved to London, that Andrew’s career exploded.

Weatherall was hired to DJ at the south London club Shroom, where he began to establish himself as a selector, playing across the spectrum of electronic music. In 2014, Weatherhall told the BBC that “I saved up all my money and went to London at the weekend to buy records, I just got a really good record collection together to the point where people started to say ‘Why don’t you play this at our party?’, ‘Why don’t you play this at our club?'”

Following on from his emergence as a collector and DJ, in 1990 Weatherall created his own label — Boy’s Own Productions — where he became a highly sought remixer. He collaborated with Paul Oakenfold on ‘Hallelujah’, as well as New Order’s World Cup single ‘World in Motion’ in 1990. His Radio 1 Essential Mix — broadcast on November 13, 1993 — has gone down in electronic music folklore as an iconic touchstone that was to be heavily imitated yet never bettered.

Andrew Weatherhall’s views on electronic music often aligned with notions of spiritual transcendence, viewing music throughout the ages as being the vehicle to which we achieve a higher level of spiritual enlightenment.

In an interview with Uncut’s Michael Bonner, Weatherall states that club nights imitate the “ancient Greek rituals involving herbal drugs to achieve transcendence.” For Andrew, “People were having transcendent experiences in 1940s dancehalls, dancing to a big band; now we do it with drum machines and electronic technology – it’s the same concept. Humanity hasn’t changed for 100,000 years, but our technology has.”

For Weatherall, then, there is something innate in humity’s quest to seek an out of body experience, an experience that he soundtracked for so many across different generations.

I was lucky to attend a few of Weatherhall’s ‘A Love From Outer Space’ club nights in Glasgow that he ran with Sean Johnston. The nights were always intergenerational, attended by old-skool ravers from the late 1980’s summer of love, to new generations of dancers.

Weatherall set one rule and one rule only for DJs at these club nights: no track could surpass the 122bpm mark. As a result, the club nights plodded along to the steady rhythms of the 808 drum machine underpinning the swirling oscillations of synth stabs and the dancers gnawing on their Wrigley’s spearmint.

An anecdote I heard from an ALFOS club night was, upon hearing a dancer giving Sean Johnston trouble across the DJ booth, Weatherall asked the dancer how much he’d paid to get in. “A fiver,” he said. To which Andrew replied, “Here’s a tenner, now f*ck off.”

As tributes will continue to pour in across the underground and mainstream music world, Lord Sabre’s influence on dance music culture will last in the collective memory for as long as there are dance floors.