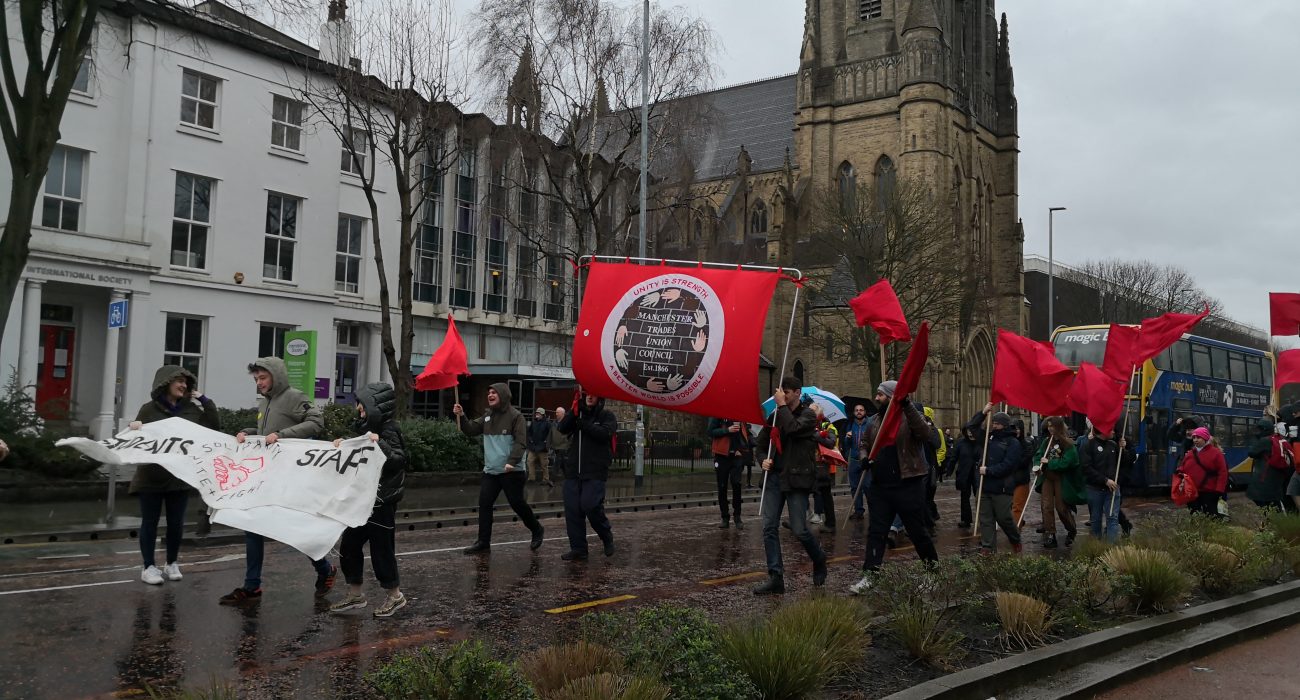 As a Politics student I’ve heard a lot of concerns and frustration voiced regarding the upcoming strike – remarks like “again?!”, “I’m paying 27k for my lecturers to strike?” and “Why do we have to lose out on our education?”

What I’ve realised is that, as students who are directly affected by the strikes, many of us know little about what is going on, why, and how to get involved.

We need to understand that lecturers aren’t trying to disadvantage or antagonise us. They love what they do – they’re passionate about working and teaching in their academic field. That’s why they’re taking this action – they feel that way the Senior Leadership Team are running the University is stopping them doing their jobs properly.

Despite the trebling of university tuition fees, and taking into account inflation, staff real term pay has declined by 20% in the last decade – while the vice chancellor pockets a cool £260,000 per year.

There is extreme job insecurity – 68.2% of staff at the University of Manchester are not employed on fixed-term contracts – this means they are often on hourly pay or short-term contracts, leading to worries about whether they will need to seek different employment once these end.

Key stakeholders in the strike are Graduate Teaching Assistants (GTAs) – this resonated with me as most of these GTAs are post graduate students who deliver most of the face-to-face teaching we undergraduates get. They are students too. This is the group who are extremely badly effected by precarious contracts and unfair working conditions – being overworked (paid for just 20 minutes per essay they mark!). There have been a lot of cases of GTAs not receiving contracts or being paid on time. There is one case of a GTA who started teaching in September who didn’t receive his contract until January and still has not been paid.

Staff workload is also astounding. In a letter to students, the UCU told us that full-time academics are assumed to work a 37.5 hour week. In reality most academics work over 45 hours a week and many work more than 50 hours – which is one or two full days of unpaid work per week. My own lecturer worked out her salary to be less than £5 an hour.

There have also been serious cuts to pensions – in 2011 changes meant that the typical Universities Superannuation Scheme member will get in total £240,000 less in retirement and now the employers are demanding further concessions.

What’s more, in 2018 the University of Manchester reported a surplus of £43m, plus cash reserves of over £315m, as well as net assets of £1.7 billion! UK universities reported a combined surplus of £2.27 billion pounds in 2017.

The question of whether students could claim compensation for the loss in teaching time has been raised. After all we are paying £9,000 in tuition fees a year – but only 48% of this is actually going towards teaching. Personally I want my money going towards my hard working teaching staff, rather than supporting the increasing marketisation of the University and profit seeking of the institution.

One way to voice your opinions on the strikes is to email the management – expressing your total support for the UCU but demanding compensation for the teaching time lost because of their management and seeming unwillingness to compromise with the demands of the UCU. Their email addresses are: [email protected] and [email protected]. 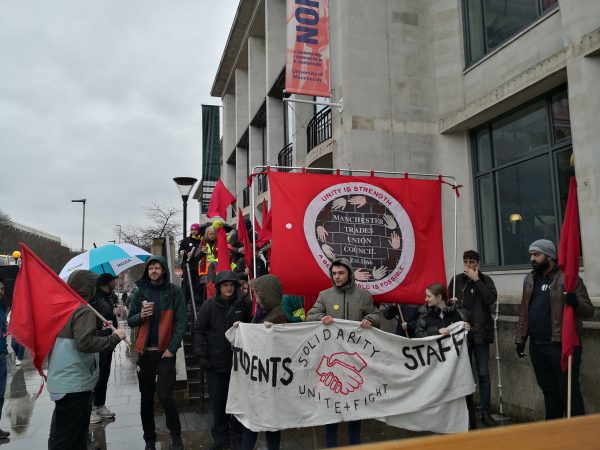 Join the picket line! The best way to get voices heard is through the mobilisation of the masses and solidarity with the staff. There will be picketing outside the University – starting on Thursday the 20th of February 8:30am-11am. Striking staff and supporting students will be marching down Oxford road and there will be a number of speeches and performances discussing the strike and showing support. As well as a number of teach outs as a demonstration of independence from the University of Manchester’s management and that education can continue despite them. I would recommend following the Facebook page of Manchester Student Support Network to keep updated on this. If you can’t join in, please avoid crossing the picket – this really undermines the UCU’s actions.

We can’t ignore the hostile way international students have allegedly been treated during strike action. In the November strikes in Liverpool international students claimed that they were threatened and told if they do not cross picket lines to attend teaching sessions they “risk jeopardising their visa”. If a tier 4 student misses the contact hour of a non-striking member of staff then this will constitute as an unauthorised absence.

Lastly I just want to remind you that this is everyone’s fight. In the last decade we have seen market economics drive universities into profit hungry businesses, competing with one another for students and finance. Students have been turned into consumers, saddled with debts they’ll likely never pay back. What’s more, in 2018, following a question about the University’s ability to provide a satisfactory education during previous pension strikes, Professor Clive Agnew (Vice-President for Teaching, Learning), told students “we have taken advice on this and the contract is to deliver a degree, that is the focus”. Students report that this was followed by an outraged cry of “not an education?” from the audience, which was unanswered.

While students increasingly seek employability, courses suffer – especially creative courses which are axed in favour of  supposedly more lucrative ones. The university sector has become a market, like most sectors in our society, which university was never intended for. It was supposed to be, as Owen Jones puts it, a place to “foster imagination and creativity, enriching society in the process. When university staff strike they will be abandoning their lecture rooms and desks for a far greater cause than their own justified grievances. It is a battle that will help determine not just the future of our imperilled universities but our society and culture with it.” I hope you agree with me that this is our fight – I’ll see you at the picket line!