Manchester UCU members have called the report an “absolute scandal”and said that education should not be about making profits
News
Photo: UMUCU

The Manchester branch of the University and College Union (UCU) has condemned the University for posting an ‘operating surplus’ of over £40 million while staff are striking over pay, calling it an “absolute scandal”.

In a new document outlining Manchester’s financial position for the year ending 31st of July 2019, the University reported an operating surplus of £40.8 million.

David Swanson, the branch President of the Manchester UCU said: “This is an absolute scandal when our lowest-paid members are working for under minimum wage in terms of the hours they are doing.

“Our staff are told that there isn’t enough money for them, their pay has fallen in the last 10 years and people want to know where that money has gone. On average, our staff work 50 hours a week, education should not be about making profits.”

“Our priority, as in previous years, was to consolidate the financial position of the University by generating an operating surplus, which is essential for ongoing investment,” she added. 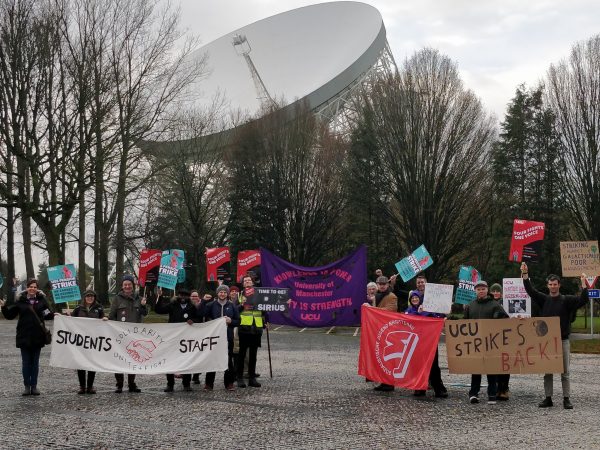 Strikes are set to continue until Wednesday in a row over pay and pensions. Many teaching staff have talked of being on precarious contracts and believe they do not get paid enough for their work.

Academic staff have been leading protests every day on campus, with other student groups such as People and Planet and BDS standing in solidarity.

Students recently launched the Manchester Students Strike Support Network, which aims to educate students on why they should support the UCU’s industrial action.

David Swanson added: “This [reported surplus] is on top of all the money the University spends on things like buildings. Buildings don’t teach anybody anything, education is about human relationships and the relationships between staff and students on the picket lines have shown that.

“The University is in crisis and its staff are in meltdown. University leadership need to spend more time to work out how to resolve this issue. They should talk to staff and act now, not wait for something to happen nationally. They need to act now.”

A University of Manchester spokesperson said: “As always, we want to be open and transparent about where we get our income from and how we spend it.

“Overall our Financial Statements show an improved operating performance, as defined as measuring results relative to the assets used to achieve those results, with a rise in income from tuition fees, education contracts and research.

“It’s important to note that more than 95% of our income is spent on our staff and students, research, education, infrastructure projects and social responsibility. The remainder is invested in the long-term sustainability of our University.”

The University has also made clear that any money not paid to striking lecturers will go back into the student experience.

Operating performance is defined as measuring results relative to the assets used to achieve those
results.