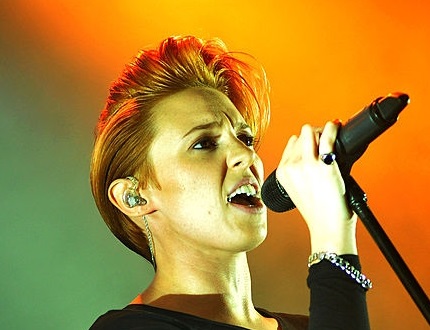 Everyone’s favourite androgynous noughties pop star has just come back on the scene hoping to reclaim her success from 2009 when she shot up through the charts with her hit songs such as ‘Bulletproof’ and ‘In For The Kill’.

She came through on a wave of female artists like Lily Allen, Florence and the Machine and Lady Gaga and, like the latter two, even managed to sneak in an appearance on Gossip Girl – true sign of a great artist in the noughties. But is she still relevant enough for these dizzy heights of fame?

La Roux’s new 8 track album, Supervision, seems to have been influenced by every successful artist the 80s has to offer from George Michael, Nile Rodgers, even the Eurythmics and Michael Jackson. The album sustains a level of catchiness with upbeat tunes and cheery melodies but is littered with emotional clichés to the extent that some of the lyrics feel like they may as well have been taken from High School Musical. The 80s influence becomes a little much over the whole album with songs like ‘Do You Feel’ sounding like a more forgettable version of George Michael’s ‘Faith’.

This album seems to be an introspective take on the artist’s past and eventually develops into a more hopeful look into the future. ‘Gullible fool’, the last song on the album is the standout song, offering a catchy relief from an otherwise fairly samey album. What sums up this samey-ness is a lyric she offers up in the penultimate song ‘He Rides’ where she jeers at the listener ‘What’s the limit? are you getting tired?’ after which Gullible fool is rolled out. With this song she gives us what she says she was looking to expand into with her previous album. The song is more acoustic than the rest of her album and her two hits, offering a more stripped back sound and giving the listener a relief from the synth, which, like the eighties influence, becomes a bit much. It’s a shame that this is all La Roux has to offer up, with only eight songs you would be forgiven for expecting a tad more from them.

Overall, the album tends to stick with La roux’s noughties routes whilst heavily inspired by the eighties. She’s not offering up any particularly deep message but passing over any meaning there may be with the frivolous George-Michael-inspired guitar and rhythms. Although a catchy album, she has not followed the movement for something a bit more woke, something with a bit more meaning; perhaps she is just no longer relevant enough to make these bold statements? It’s a shame from someone whose statement-androgynous-look makes you want her to say much more. This sums up the album and perhaps the confusion of the artist in herself between being stuck in the 80’s and the future. Perhaps her success in 2009 and her brief appearance on Gossip Girl were because she was ahead of her time – now she’s here the songs just aren’t as catchy.