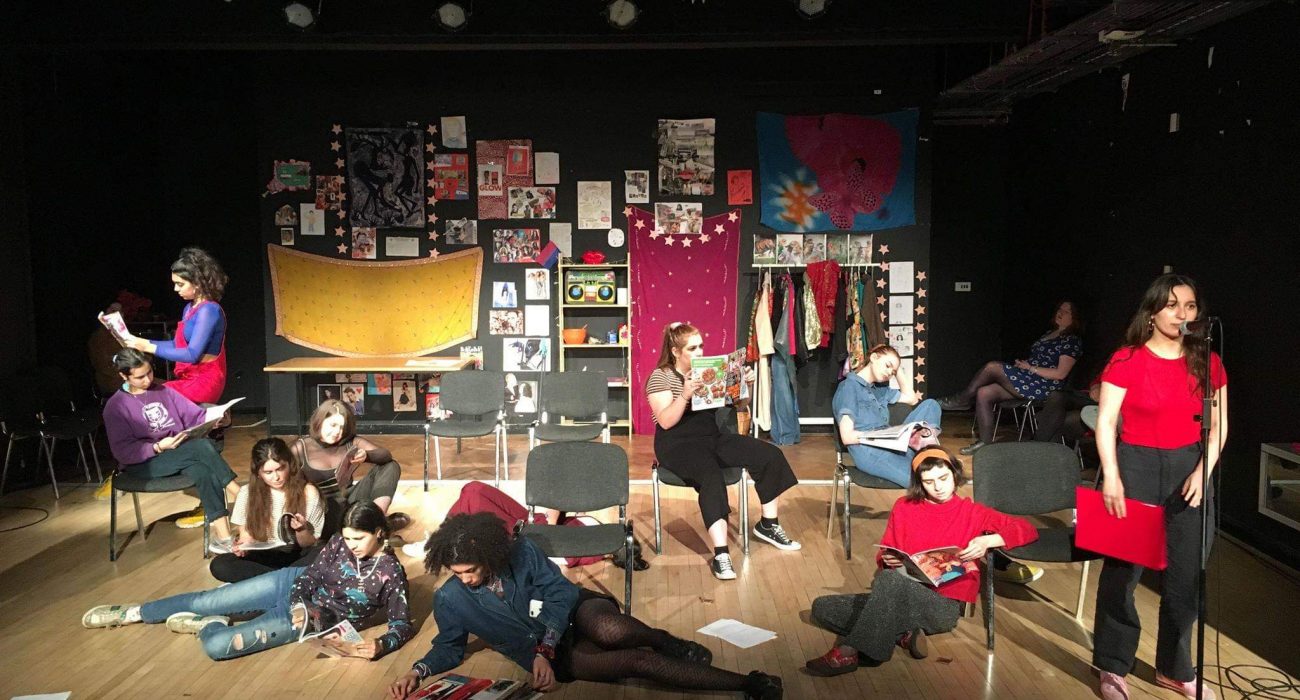 This is a question the UoM Women’s Theatre Society brought into the limelight as they took to the stage in The Reanimating Project. Inspired by The Reanimating Data Project, a 1989 sociological study which considers the question of sex for women in light of the AIDs crisis, the play successfully conflates the transcripts of the original project’s interviews with the stigmas of sex. The play put 80s ideologies of sex in contest with a modern day understanding.

With a vibrant set reflecting a bohemian-styled abode, the play began with a red-lipped telephone, which became central to the 80s-fashioned stage. The phone immediately rang and went straight to voicemail, which could be seen as an action of female resistance as a refusal to pick up the phone.

We were then plunged into the 80s as the 1989 hit ‘Ride on Time’ belted out of the Boombox carried on stage by a dancing woman. One by one, the cast joined her, a montage of flickering lives intertwining as they danced to Blackbox’s iconic tune; this idea of montage would frame the rest of the play, which showed separate experiences merging into a collective.

If the outrageous chorus of different coinages for “sex”, from “rumpy-pumpy” to “copulation”, did not wake the audience up, it was the shock of the limited sexual tutelage given by the Catholic teacher.

These scenes, although satirical, were challenging the problem of limited sex education in schools, adding to the uncertainties and anxieties in female social development. The pupils eyes widened at the sight of condoms and vibrators, the sexual libido being a strange, unexplored concept to them.

Throughout the play, a folder was passed between the cast-members to read their character’s experience. This not only engaged with the transcripts from the original Reanimating Data Project, but the ripping of pages almost gave this ripping up of socially constructed conventionalities of sex. Indeed, once their words were finished being read out, their page was freely emancipated
from the limitations of the folder.

The sketch of a sterile, plasticised talk-show presented the quest for an “Ideal Woman”, as an 80s model of propriety, who were conditioned to be in full servitude to their husbands; it satirised the female preparation for sexual activity, routinely getting waxes and bleaching, to conform to this expectation of looking like Barbie in bed.

Scenes that followed were highly moving and poignant as they highlighted traumas of menstruation, the afflictions of miscarriage, and the importance of LGBTQI+ rights.

But what is sex today?

Opening up the Second Act was a mystical love guru who had a great façade of a ‘love’ counsellor, but, in reality, was quite a counterfeit, who in fact could not care less about your relationship problems. It highlighted that the problems that come with sex and relationships had not really changed for modern times; but the backdrop of society had changed, with a greater tolerability of society and a liberal mindset forcing the topic of sex and relationships gradually out of the constraints of taboo.

The presence of the whole cast on stage, watching from the side-lines and providing their own audience, gave such a feeling of community as they listened to the plights and experiences of other women.

The play’s experimental disposition was enhanced in the Second Act as we were immersed into a raunchy sex-scene: the stage was split in two, one side presenting a female experience and the other a male experience. The female experience intensely dominated the male as the female captivated the audience by her dialogue describing her predatorial vagina’s desires between her moans.

Despite its crude humour, this compelling performance screamed female sexual empowerment, breaking down yet again another stigma, this time of the dominative penetrating male.

One thing that was very prominent on contemporary ideas of sex, was a female’s relationship with social media. The pressures to look a certain way to impress a virtual world of followers exposed an issue, one that is not comparable to the social anxieties of the 80s. Expressed through scenes of selfies and slut-shaming, it highlighted the erosion of self-esteem for an individual and how the trajectory of sex changes from a shameful act to an act defined by body-count.

Despite their humour, these sentiments brought a certain comfort to the audience, as this act of sharing experiences emphasised that no one should be alone in their feelings about sex and relationships.

The play returned to the prop of the red-lipped telephone, once unanswered but now picked up by every cast-member to contact their past selves and give them advice.

With its dynamicity both on stage and in ideology, The Reanimating Project was a play that performed bravery. A bravery to challenge social stigmas; a bravery to push the limitations of theatre by devising a piece which had developed sociological transcripts into an art-form; but most of all, the bravery of the cast to bring a part of themselves into the characters they had created, and perform those characters to a sold-out show. 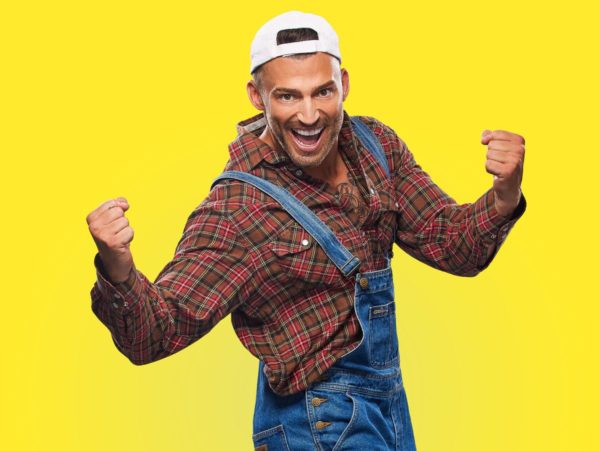 Jake Quickenden on The X Factor, Footloose, football and femininity