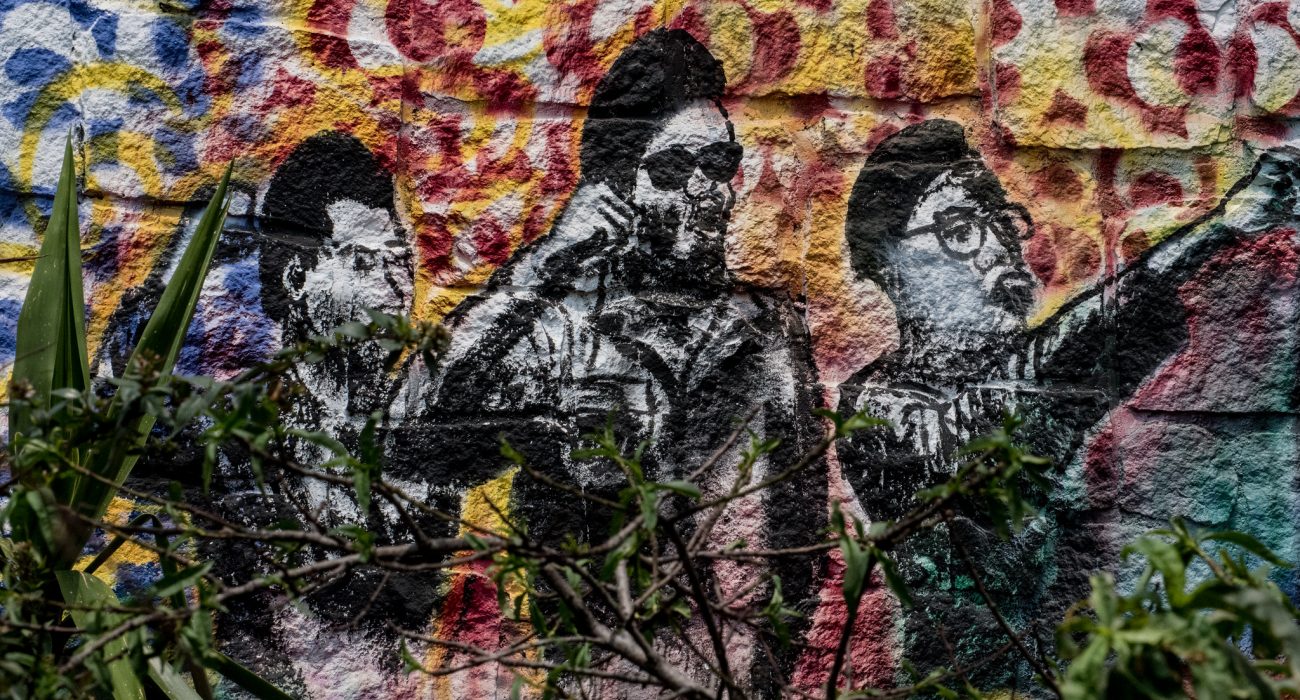 Just like Alfonso Cuaron’s Roma, Hari Sama’s Esto no es Berlín (This Is Not Berlin) takes us to Mexico City in times of great social and political unrest of the 1980s. While the football World Cup is taking place in the country, getting attention from millions of people around the globe, Mexican teenagers try to live their ordinary lives at the heart of this turmoil.

The world full of alcohol, drugs, and sexual emancipation opens right in front of Carlos and Gera. Never before have they even acknowledged an existence of such liberation and now they immediately become engrossed in it.

The film’s title may imply the Mexican underground scene’s claims of independence. Their clubs don’t try to recreate the Berlin club scene, and the partygoers don’t want to be seen as an equivalent to the Germans or to anyone else. They create their own avant-garde art and aim at spreading a deeply personal message. They don’t try to imitate, they simply want to express themselves and live freely.

Once the party ends, who do these people become? The anonymity of everyone apart from Carlos and Gera invites us to take a closer look at how it all influences the two teenagers. Their everyday life and the relationships with people around them change dramatically, and ultimately so does their friendship.

Hari Sama puts us in the protagonists’ shoes, as we eagerly await another set of wonderfully-shot, hypnotising party sequences filled with nudity and sensuality. But what is left for us when these end? This Is Not Berlin lacks in substance, and touches many topics so lightly that they will likely be overlooked in a provocative sexual maze.

Somewhere between Gaspar Noe’s Climax and Jan Komasa’s Suicide Room, Esto no es Berlín takes its audience to another world, radically different from the everyday reality. Soaking in this world is a truly unique experience, but the main conclusion left is how much potential was wasted.