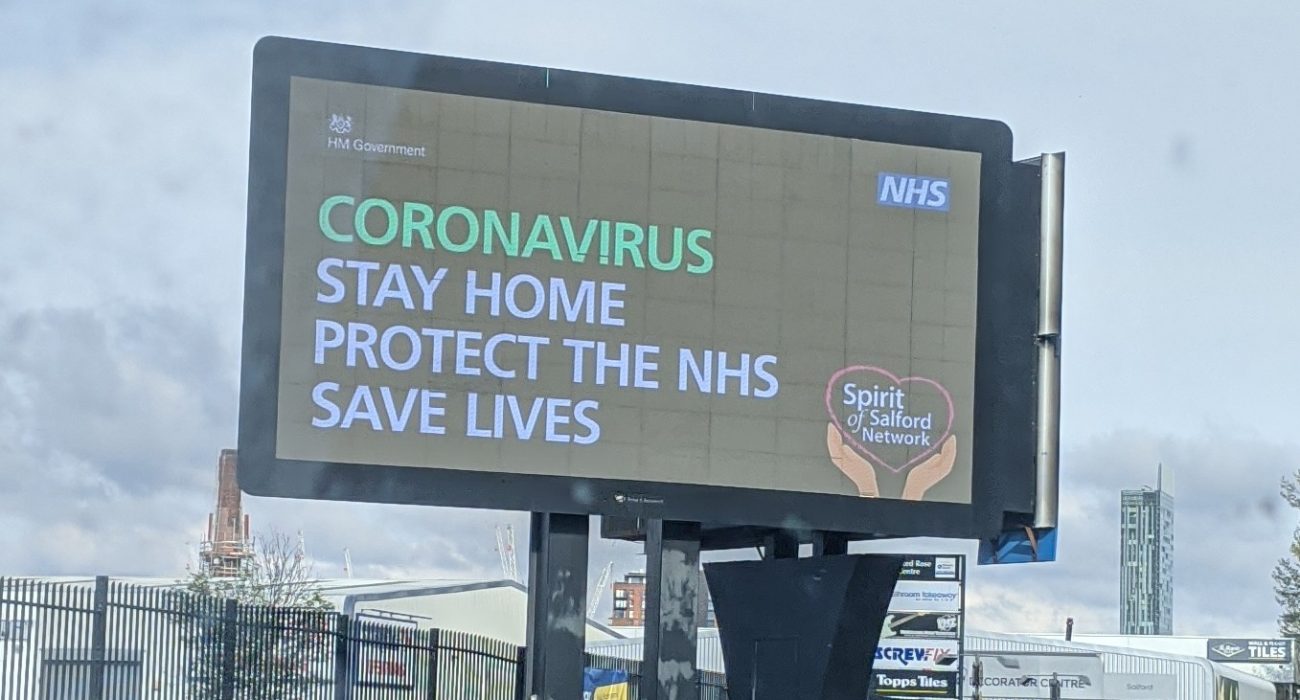 From the newsroom to dining room, a new form of language is heard. Coronaspeak is a new term coined by Tony Thorne, the language consultant at King’s University, to describe the medicalisation of everyday language as society has become increasingly focused on Coronavirus.

In the UK, we wake up to news reports everyday about Covid-19 spoken in unfamiliar medical and scientific terminology. We are told to lament the growing number of cases, hospitalisations and fatalities and criticise the government for shortages of Personal Protective Equipment, ventilators and testing kits.

We are reminded of the importance of social-distancing and self-isolation. And we are torn by demands for tougher measures and calls for exit plans, like contact-tracing, global cooperation or intermittent lockdowns.

Many of these buzz words and phrases are new usages and affixes of familiar terms but, through repetition, they have become a new language onto itself.

Beneath the flurries of scientific jargon lies a constant narrative that we are engaged in a war against an invisible adversary. Efforts to frame the national response to Covid-19 as a war began with Johnson’s March 24th national address, in which he proclaimed, ‘in this fight […] each and every one of us is directly enlisted’.

From then on, those in essential jobs were positioned on the ‘frontline’, whilst the politicians and experts formulated strategies in the so-called ‘war-cabinet’ and civilians did ‘their bit’ by staying inside out of harm’s way.

Words and phrases uttered by the healthcare professionals, politicians and broadcasters alike, that used to be reserved for public health conventions and warzones, have become a part of the fabric of our media, and by extension our lives.

We consume this language every day. A record 27.1 million watched Boris Johnson’s address which outlined the government’s stricter new measures, 24 million tuned into the Queen’s speech on April 5th, and daily government addresses consistently pull in around 10 million viewers in total.

Even greater numbers are keeping abreast of current events through social media, news apps and catch-up TV. There is seldom much else to do for those in self-isolation and on Furlough than to keep abreast of current events. What’s more, with social gatherings banned, we rarely hear voices that don’t come from the TV. Coronaspeak’s domination of our media means that its words are always fresh in our minds and never far from our lips.

But what impact does this messaging have on our thoughts and behaviour?

In some ways, George Orwell’s 1984 can help us understand the power of language. 1984 describes a dystopian world in which the domineering political party, Ingsoc, devise a language to manipulate thought and expression.

Newspeak, the new language, deliberately limits the vocabulary of the English language in order to restrict the ways in which the population of Oceania can express themselves, and therefore removes the people’s ability to go against the Party. Orwell’s creation of a language devised specifically for controlling people demonstrates the way that language influences the human mind and behaviour.

Although Coronaspeak does not limit our ability to think, converse and act freely, it does seem to make us feel more conscientious about our behaviour and the behaviour of others.

The reiteration of specialist language and appearance of public health experts alongside our politicians and broadcasters reminds us of the severity of the crisis , encouraging us to have faith in authority. The use of military language fosters a sense of duty to follow the orders of government.  In this sense, Coronaspeak appears to act as a tool for coercing the population into adhering to government guidance.

According to Chairman of the National Police Chiefs’ Council, Martin Hewitt, an overwhelming majority of people are practising social distancing: only leaving the house to get food, medicine or exercise. Though police officers have handed out more than 1000 fines across all 37 forces, that is an average of less than 84 a day, which represent a small minority breaking curfew.

What’s more, those who flout the regulations are often the subjects of derision from official sources and social media. Often those in breach are called-out by members of the public, with Stephen Powis, the national medical director, labelling them the ‘foolish few’.

This fits into the war analogy. If the civilians in this war are those who must stay inside, then the traitors among us are the socially irresponsible sunbathers and back-street footballers. Although the threat of a fine is the principal deterrent, the threat of social exclusion is a second factor which should receive more attention.

The spread of medical language in society has also created the possibility for shared knowledge and understanding. However, it has also allowed those with power and influence to spread misinformation.

Across the UK, conspiracy theorists and influencers have shared baseless claims about the alleged connection of 5G to the virus and accused China of using coronavirus as a biological weapon to cause an economic downturn in the West.

Even some television channels are succumbing to superstition. London Live recently aired an interview with David Icke, in which he suggested that a state-mandated vaccine will be a tool for mind-control.

Whilst this new language that has emerged during the Covid-19 pandemic can be a tool for national unity and understanding, it can also be used to divide and misinform. We need to be vigilant about who we listen to, our lives may just depend on it.