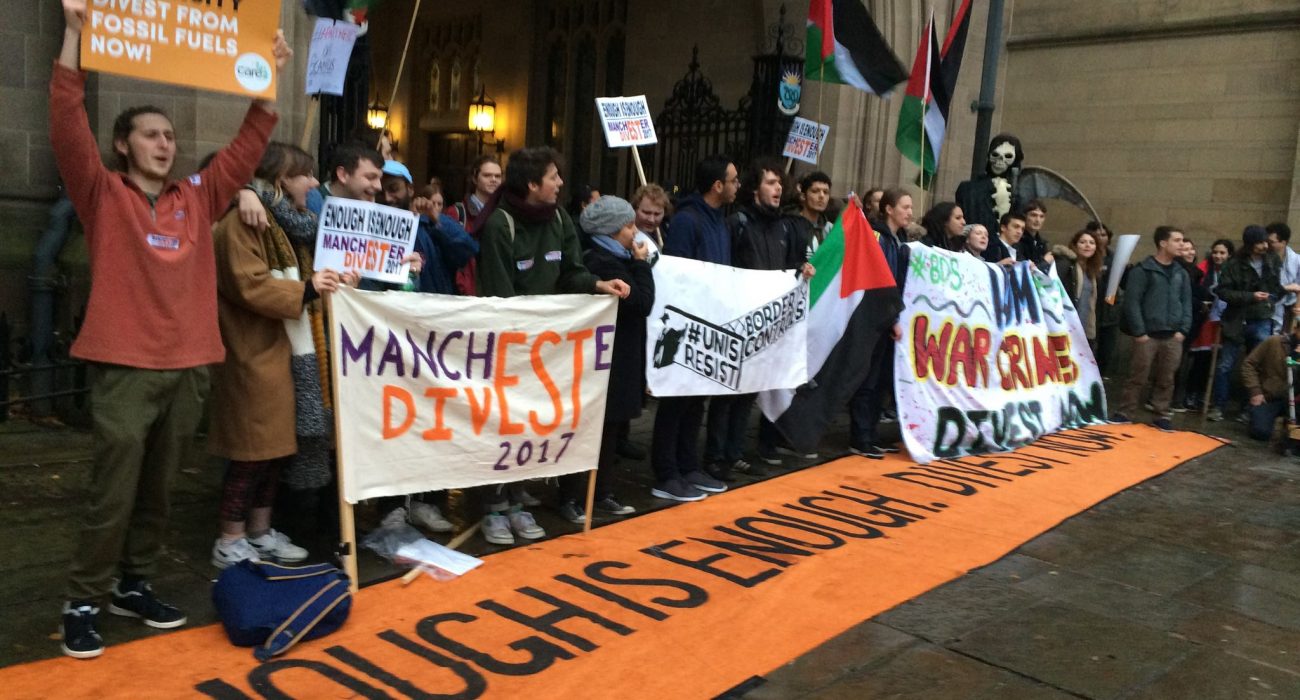 The University of Manchester will end all of its investments in fossil fuel companies by 2022, following years of scrutiny from students.

Announced this afternoon, changes to the investment portfolio will see the University withdraw all holdings in fossil fuel reserve- and extraction companies over the next two years, with a further commitment to full ‘decarbonisation’ by 2038.

This move, according to the Senior Leadership Team, “goes further than other fossil fuel divestment programmes,” and means the University will move around £12 million worth of shares to more ethical and sustainable companies.

University leadership have repeatedly come under pressure from students over the years to remove fossil fuel companies from their Socially Responsible Investment Portfolio (SRIP), especially following news earlier this year that over half of UK universities now have divestment commitments.

Last November, a group of students from climate change campaign group People and Planet occupied the John Owens building for seven days to protest the investments. The protest followed a similar occupation from the same group the previous summer.

Kayleigh, a second-year Geography student and member of People and Planet, said she was “incredibly happy” that the University had committed to divestment:

“However, I think it’s important that we don’t let them forget it took generations of student activists and almost nine years of campaigning to get here.

“We still have a long way to go to achieve climate justice, but today’s announcement made me a lot more optimistic about the power the student population has to make change in our universities.”

Earlier this year, the University launched a consultation into their SRIP with staff, students, and alumni, receiving nearly 600 responses. The new policy has been drafted with the Students’ Union and the University’s Tyndall Centre for Climate Change Research.

As well as divesting from fossil fuel companies, the University will redirect investments from carbon-intensive companies to those which are more carbon efficient, in a move that Professor Nalin Thakkar, Vice-President for Social Responsibility at the University, called “radical, comprehensive, and justified”.

“Since most CO2 emissions do not arise from the direct activity of fossil fuel companies, but through the use of fossil fuels by others, we will also take the more ambitious step to shift our investments to carbon efficient companies.

“We know these issues are important to our staff, students, and alumni, and bringing benefit to society and the environment is at the heart of our University’s purpose.”

Professor Dame Nancy Rothwell, Vice-Chancellor of the University, said: “I am delighted that after lengthy consultation and discussions, we can now launch our ambitious new investment policy, and I am very grateful to all who have worked so hard on this.”