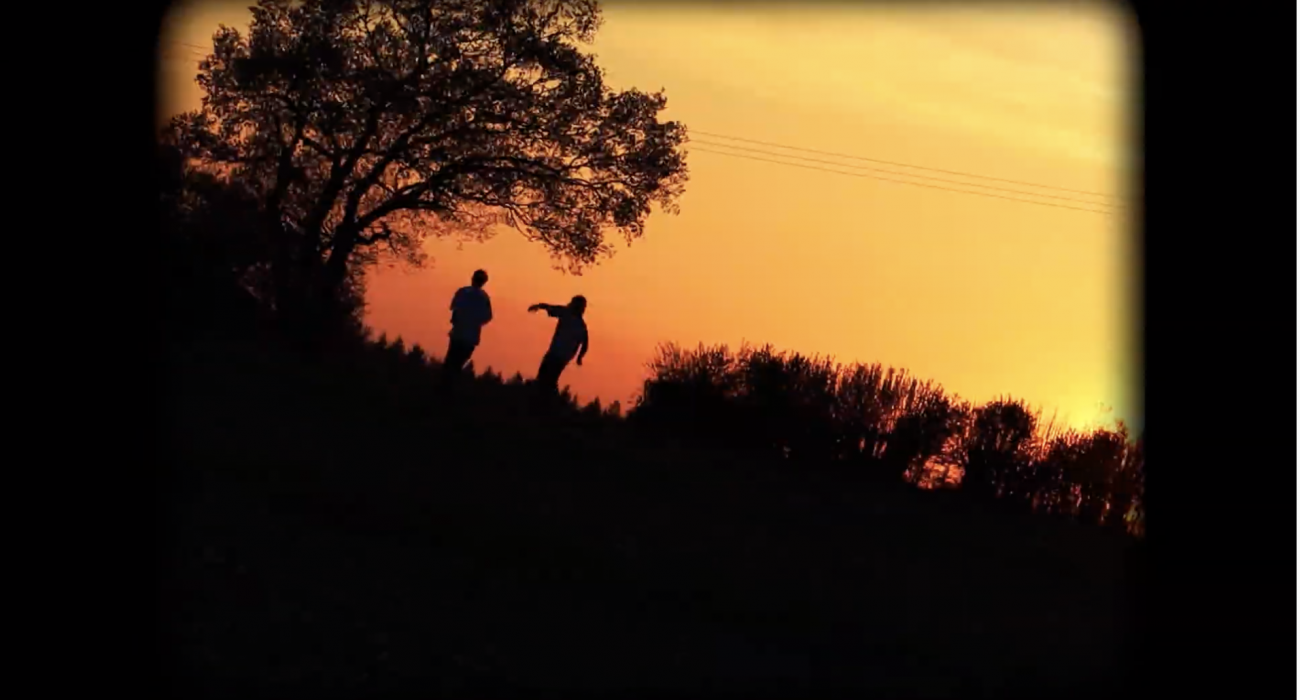 Photo: Still from Flyboy Jetty's 'Take my Side' Music Video

As I look out of the window in my University room in Manchester, I see a dreary grey sky and droplets of rain. Flyboy Jetty’s music video for ‘Take My Side’ strikes me with a nostalgia for the golden rays, dry grass, and carefree times of summer.

Flyboy Jetty are a group of young and incredibly talented musicians hailing from my hometown, London. I first heard their single ‘925’ when searching for fresh artists, and I was blown away. ‘Take my side’ is one of those songs which is reminiscent of something that you can’t quite put your finger on, perhaps of another world. The singing begins: “Bathed in sunlight”, before a flawlessly simple instrumental kicks in, with a tropical-sounding instrument over a steady and delicate drum pattern.

“Take my hand, don’t you understand?”

‘Take my side’ is about the ups and downs of a romantic relationship, projected in an abstract way which makes it relatable for everyone. Don’t we all want someone to take our hand and understand us sometimes?

Showcasing their iconically spacey and atmospheric sound, the song has a feeling of freedom which is token to its non- conformity, down to its rhyme schemes. Throughout the song are haunting, melodic ad-libs, and the cleverly placed high notes are surprising, giving ‘Take My Side’ multiple melodic dimensions.

Flyboy Jetty draws on influences from both rap and indie to create an exciting fusion. The song’s spaciness and adlibs are reminiscent of Octavian, and the mellow instrumental is evocative of Drake. They are a breath of fresh air amongst the London music scene, and indeed in the UK’s underground scene. Most of all, one gets the sense of their total authenticity when listening to this song.

I love the normality of the lyrics: “Messaging between broken screens… Four-thirty in the morning”. These everyday situations contrast beautifully with the overall dreamy, other-worldly feeling of ‘Take My Side’. The video feels like a slice of life as they ride around on their bikes and dance together, cut with kaleidoscopic patterns. It shows us the world from their perspective for 3 minutes and 10 seconds.

This song has been released under my label Bonzeye, where I showcase releases from exciting new artists. My radio show on Itch FM featuring Flyboy Jetty can be found here.