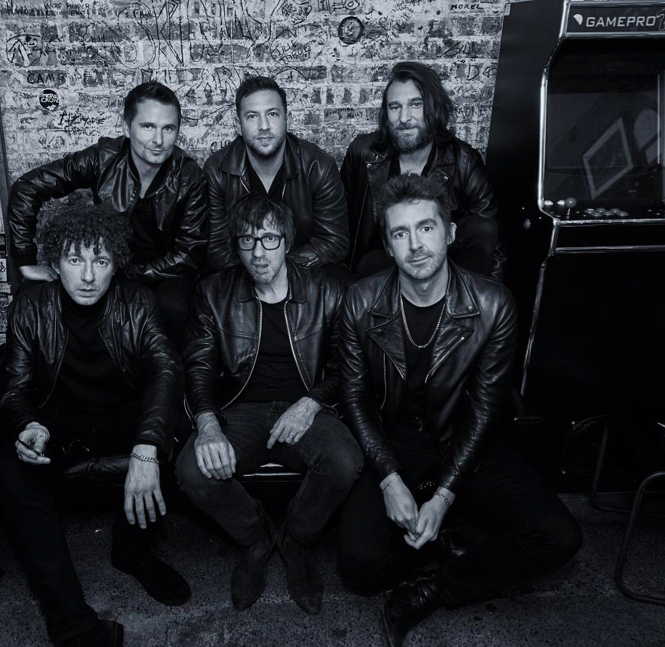 Miles Kane, Matt Bellamy and Coxon walk into a bar… No this is not the start of a joke, but the start of one of the greatest supergroups we could hope to see in our lifetimes.

This supergroup has the ultimate rock and roll credentials, seeing a collaboration of some of the most influential rock minds of the 21st century, amalgamated to form one larger-than-life project.

The 11 track masterpiece by the super group ‘Jaded Hearts Club’ has just landed, featuring near a dozen dazzling covers of old-time classics, and boy did it land with a bang…

The album starts with a rendition of Vera Lynn’s ‘We’ll Meet Again’ – the perfect cover for our current climate. The nostalgia of a crackling background, crashing waves, delicate piano notes and eerie vocals marry together perfectly to create an homage to the late Dame. The track ends suddenly and jumps straight into the almost startling intro of ‘Reach Out (I’ll Be There)’.

The bouncy and punchy bass riffs that introduce ‘Have Love, Will Travel’ beautifully blend with the raspy vocals lended by Miles Kane, a staple piece of his music, to create a funk and soul infused version of Richard Berry’s classic hit.

After another few rock and roll renditions, we come to the seventh track on You’ve Always Been Here, ‘I Put A Spell On You’. Now, this song by ‘Screamin’’ Jay Hawkins is easily one of my favourite songs, and I was yet to find a cover version that lived up to the enchanting original, until now. The perfectly blended vocals, guitar shreds and drums delight and amaze, creating a more heavily rock ‘n roll edition of the already powerful number. Coxon’s vocals and deliverance of the song adds a menacing undertone atop a substantial jazz section – this track does not disappoint.

The 60’s feel of ‘Money’ harmoniously follows on from the previous track, teeming with catching guitar strokes, swing-inspired backing vocals making for a song that would be amazing to experience live. You can all but imagine Miles Kane leaning his mic stand over as he passionately screams out the lyrics, with Coxon by his side, guitar in tow.

‘Loves Gone Bad’ is almost straight off one of Miles’ solo albums, his sassy classic vocals and intonations fit almost perfectly with the style of the song.

The album is book-ended, with a hip swaying, almost sexy version of Fever. Complete with finger clicking, the plucking of a bass, and the enigmatic, seductive whispering of Peggy Lee’s lyrics perfectly close the album. Whilst being a non-linear crescendo leading to their final track creation, the album is carefully crafted, with each track placed to lead to juxtapositions of meaning and romantic inclinations.

This star-studded line up of an album needs to go down in the Rock N Roll hall of fame.