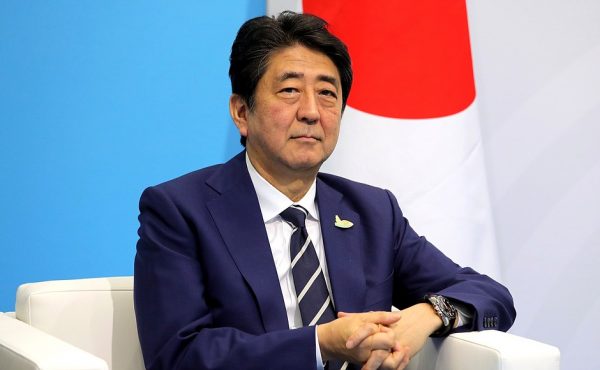 After Abe: Where next?

It has been almost 2 months since Shinzo Abe, the leader of the Liberal Democratic Party and Prime Minister of Japan, announced that he would be unable to carry out his full term in office. Abe’s resignation, motivated by his concern that a long-term and worsening illness would impact his decision-making ability, alongside the election of a new Prime Minister, Yoshihide Suga, raises the question – where next for Japan?

Governments across the globe share this sense of uncertainty. Covid-19 has forced countries to ask themselves about whether they can go back to a pre-Covid world if the structures that were in place before were to blame for the severity of the pandemic.

For Japan though the question is arguably more pertinent. Unlike the UK, the Japanese government developed a ‘world beating’ track and trace system, which has pin-point accuracy in tracking the spread of the virus. Japan’s successful response to the pandemic made it surprising that Abe’s ratings in the polls actually fell from roughly 45% approval to 40% within a matter of months, flirting around the high 30s as some point. Obviously, the inadequate institutions and structures which prevented an effective response in Europe did not apply to Japan, which makes their future direction hard to predict.

Japan is something of a political enigma, especially in comparison to the West. On the one hand, the government is conservative in their harsh and stringent drug laws which guarantee lengthy prison sentences for those charged with possession and tight immigration laws that would make EU countries shudder. On the other hand, the country’s constitution forbids the formation of an active army except when under direct military threat – an aspect of political life that Mr. Abe frequently tried to amend – which is a far more liberal move compared to some Western countries.

This places Japan at an interesting point on the political spectrum where it is unclear if it is a liberal or a conservative country.

So where next for Japan?

With an election in September 2021, Yoshihide Suga has less than a year to prove his worth. Some argue that Suga will continue with his predecessor’s highly adaptive ‘Abenomics’, an economic plan that pumps government money into the economy which has proven both financially and publicly successful. However, others are less sure. The pandemic has impacted the viability of ‘Abenomics’ as Japan has seen its worst economic downturn on record and, with the prospect of the 2021 Olympics being pushed back even further, harsh economic times could be reflected upon the government.

Suga must also deal with the Constitutional Democratic Party of Japan and the Democratic Party for the People, which seeks to form a strong front against the ruling Liberal Democratic Party. They are led by Yukio Edano, who has pledged to increase the gender diversity of the political class which is a strongly male-dominated sector, in addition to improving the corona-hit economy.

However, it is worth keeping in mind is the fact that the current, now Suga-led government holds a strong, 200-plus seat lead over the opposition and polls have suggested that the resignation of Abe has provided the LDP with a nudge in the polls that could well see off even a united opposition.

The country’s massive international standing, influence in the region, outsourced popular culture, and third-largest economy in the world does seem to indicate stability. However, Japanese politics have always been volatile. The three year gap between government elections means power is always changing hands. And Japan, like most countries in the world, will have to claw its economy back into motion in the coming years, as a result of the pandemic.

The country will also have to find a solution to its ageing population, which in the coming years could see a need for immigration to fill up job vacancies and help support state-funded pensions.

Japan is at a flashpoint in its history and the government response remains to be seen.